Toyota has been involved in American motor sports for over 40 years, but has only been with the NASCAR cup series since 2007.¬† Since their initial entry, Toyota has proven to be a serious competitor and has dominated NASCAR’s cup series in the last few years. There were many skeptics when Toyota decided to compete in NASCAR, but it looks as if the automotive manufacturer¬†is here to stay.

One could even argue that since Dodge departed NASCAR in 2013, the cup series is fortunate that Toyota is around to compete against Ford and Chevy to keep things¬†interesting. Although Toyota is a foreign manufacturer, it clearly sees NASCAR as essential to an American presence, and of course sales.¬† However, Toyota is not just in NASCAR to be seen, but to win; consistently. They are willing to expend the resources to make that happen and are seeing results.

What follows are 15 facts about Toyota’s relationship with NASCAR.

In 2008, after some early success, NASCAR hit Toyota with a mid season engine rule change, despite their earlier approval of the modification. A mid season rule change in NASCAR is fairly unprecedented, but was done anyways. It seems the Toyota engine modification provided an advantage and they were directed to correct it.

Joe Gibbs Racing (JGR) and Toyota celebrated their ten year relationship in 2008 by announcing they would continue. Since JGR switched to Toyota from Chevrolet in 2008, it has been extremely successful for both. It has included a cup championship (2015), 93 cup victories, and two XFinity series championships.

The meticulous approach Toyota takes with regard to car design and performance has also transitioned to the other major component in racing: the driver. Toyota uses the model that many soccer clubs use, namely sponsor youth academies to identify gifted drivers early. In 2013, Toyota started an academy to encourage and train future NASCAR drivers.

Since 2012, Toyota has sponsored two NASCAR races at Richmond Raceway, also known as “America’s premier short track” to fans. The cup series Toyota Owners 400 and the XFinity series ToyotaCare 250 are both held in late April. Toyota has become an integral part of the NASCAR circuit on a track rich in American motor sport history.

“Win on Sunday, sell on Monday” still holds true for automobile marketing. What better way to show off your wares than in front of a hundred thousand auto enthusiasts? Although a direct correlation between car sales and victories is hard to prove these days, Toyota understands the importance of their NASCAR presence to the bottom line.

In 2016, Toyota ended Chevrolet’s 13 season streak as NASCAR manufacturer cup champions. Since then, Toyota has won two more titles and is now third on the all time list ahead of Dodge.¬† Their rise in the rankings after only 12 years has also increased brand recognition to the point where Toyota is almost looked at as another American car company.

9 Relationship Extends All The Way To Japan

In 2019, Toyota switched from the Camry to the Supra for the NASCAR XFinity series starting at Daytona. The switch coincided with Toyota’s re-introduction of the Supra production model in May 2019 after a 17 year hiatus.¬† The Supra¬†won at Atlanta in February 2019 with driver Christopher Bell dominating the race.

Prior to 2007, Toyota had a large presence in open wheel racing and actually won at Indianapolis in 2003. However, open wheel racing popularity was already on the decline in the U.S., and worsened when the two governing bodies (IRL and CART) decided to split.¬† Toyota quickly realized NASCAR was the future in America and pulled out of Indy racing.

To put it simply, in recent years Toyota has pretty much dominated the NASCAR cup series. The company invests¬†a lot of money in to the program, but money alone doesn’t guarantee victories.¬† Hopefully, Toyota’s recent success will motivate Ford and Chevy to assess their programs and make the adjustments necessary to keep the series interesting.

The dominance of the Camry from 2016-2019 is approaching legendary.¬† The rich history of NASCAR has had some iconic cars such as¬†the 1970 Dodge Daytona and 1987 Ford Thunderbird. The Toyota team is more than pleased to have the Camry mentioned in the same sentence as some of the great cars from¬† the past.

The Generation six Toyota is one of the meanest looking¬†NASCAR entries ever. In fact the latest generation of cars are a bit of a throwback to the days when the cars on the track actually resemble the cars on the showroom floor.

Of course safety concerns drive some of the car aesthetics on the track, but it is good to see a return to cars that people can actually envision driving themselves.

Related:¬†20 Sport Sedans That Are Cheap And Really Fun To Drive

For the 2020 NASCAR season, Toyota will have five cars in each cup race. Four of them are with Joe Gibbs Racing and one managed by Leavine Family Racing. Chevy and Ford will have 16 and 13 entries respectively. The numbers are a little less for Toyota, however, more resources and attention can be spent on each of the entries.

Toyota driver Denny Hamlin won at Daytona in 2019 which was the second win at the racetrack for the manufacturer. In fact, Toyota drivers finished 1, 2, 3 at Daytona and Camry drivers led for 116 of the 207 laps.¬† It was a truly dominating performance and set the stage for the rest of the year, culminating in a Toyota championship for the cup series.

1 Kyle Busch And The M&M Racecar

Mars has been a NASCAR sponsor for 30 years and recently extended it’s contract with JGR. Kyle Busch’s #18 Toyota Camry has 40 wins on the NASCAR cup circuit including the 2015 championship.¬† It appears with the extension, the M&M car will continue to adorn a Camry as the 2020 cup series is about to begin.

Next:¬†17 Things Other NASCAR Drivers Have Said About Kyle Busch 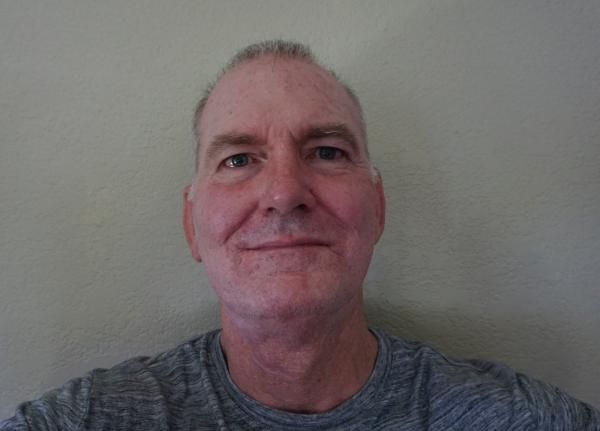 Dave is a retired Naval Officer and current student studying Digital Media. He grew up in the Detroit area and has followed the auto industry, entertainment and politics for over forty years. He has published articles on car and truck topics. He is an avid photographer and currently resides in Hawaii.