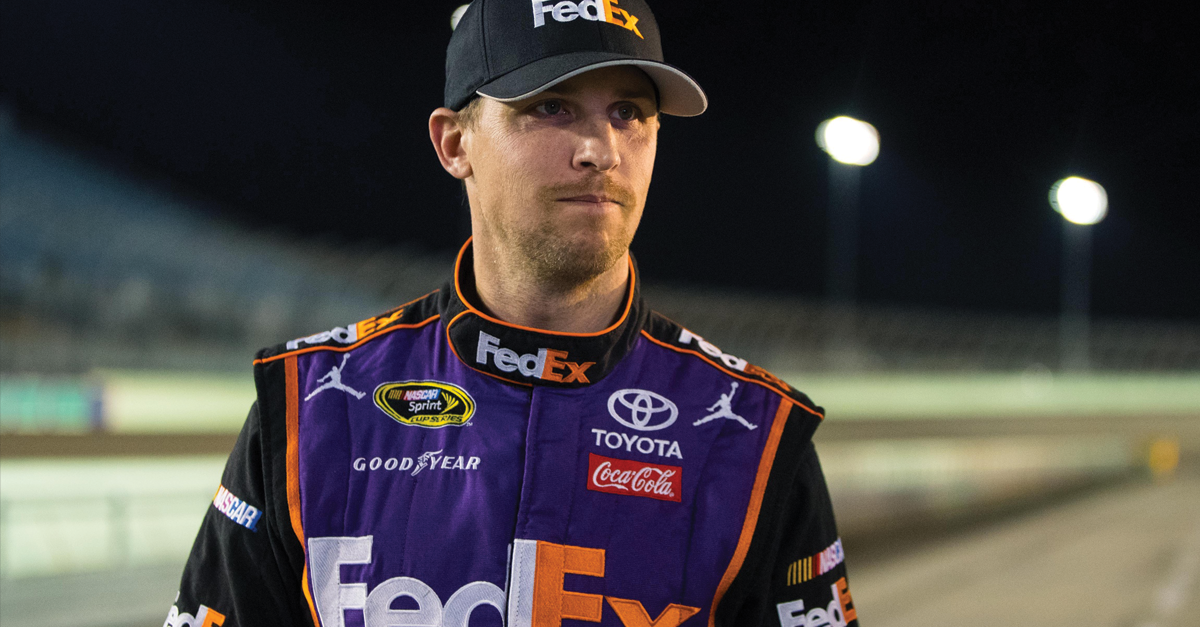 Rankings below are based on a mixture of expected output and DraftKingsŌĆÖ NASCAR salaries for SundayŌĆÖs AAA Texas 500 at Texas Motor Speedway. The ordering is not based on the highest projected fantasy totals, but rather by value of each driver.

2. Kyle Busch ($11,200) ŌĆō ItŌĆÖs been a long time since his last win, but the car is fast. Busch earned close to 20 fast lap points at Kansas. At Las Vegas, Busch rallied back to the top five after being two laps down. (5.4 fppk)

4. Kyle Larson ($9,200) ŌĆō Passing the leader in the 2019 package is difficult. It requires perfect timing and help. Early in the Kansas race, the second-place car attempted to pass the leader. The side-by-side drag between the two cars opened the door for the third-place car, Larson, to slide by. (4.2 fppk)

5. Chase Elliott ($10,100) ŌĆō Alan Gustafson is pushing the limits of the rulebook. ElliottŌĆÖs cars routinely transform into elite rides when the green flag flies. Sometimes the amazing setups are too special and they result in mechanical failures that end ElliottŌĆÖs day. (4.1 fppk)

6. Erik Jones ($8,400) ŌĆō All four JGR cars finished in the top 10 in DFS points at the most recent intermediate track race. Jones scores the fewest of all, but that was good enough for the seventh most overall. (3.8 fppk)

7. Joey Logano ($9,800) ŌĆō At Las Vegas, Logano scored the most fantasy points. In the next playoff intermediate track race, Logano drove from the back of the field to the front, but was taken out by the chaos at the end of the Kansas race. (4.4 fppk)

8. Kevin Harvick ($10,400) ŌĆō Despite not having won at a 1.5-mile intermediate track this season, Harvick is ranked No. 1 in terms of average running position. He has not stockpiled the hog points in those races, but he always stays near the front. (4.4 fppk)

10. Brad Keselowski ($9,600) ŌĆō Team Penske exploded out of the gates and were the early favorites to win the championship in 2019. While Joey Logano has retained his speed at the intermediate tracks, Keselowski is beginning to look like a driver on back end of his career. (4.3 fppk)

11. Ryan Blaney ($9,400) ŌĆō In the past two intermediate track races, Blaney has been a front runner and scored more than 10 hog points in each race. In the spring race at Texas, Blaney earned 26 hog points. (4.1 fppk)

12. Jimmie Johnson ($8,600) ŌĆō Hendrick brought fast cars to the first Texas race. Johnson was strong in practice, the fastest in qualifying, and held the lead during stage one. Pit strategy cost Johnson the lead, but he hung on for a fifth-place finish and a spot in the optimal lineup. (3.2 fppk)

13. William Byron ($8,000) ŌĆō He sure figured out Martinsville fast. The truth is, Byron and future Hall of Fame crew chief Chad Knaus have figured a lot of tracks out this season. Byron was in the optimal lineup in the first Texas race. (4.5 fppk)

14. Alex Bowman ($8,200) ŌĆō After his hot spring culminated in a win at Chicago, everything fell apart. His best average average running position at an intermediate track since Chicago is Michigan, and that track is hardly a barometer for success. (4.2 fppk)

15. Chris Buescher ($6,700) ŌĆō He has not finished outside of the top 20 at a 1.5-mile track this season. His worst finish in these low horsepower races is 20th, but that finish just so happens to be at his hometown track in Texas. (4.4 fppk)

16. Aric Almirola ($7,500) ŌĆō The No. 10 team has not figured out the low-horsepower race setup. SHR can qualify and it can default to the ŌĆ£Kevin HarvickŌĆØ setup, but the SHR drivers not named Kevin Harvick struggle with that setup. (3.3 fppk)

17. Daniel Suarez ($7,200) ŌĆō This is a cheap price for a driver that was in the optimal lineup for the first Texas race. Suarez likely will start near the front and most DFS players will be scared away, and rightfully so. However, Suarez sometimes puts together a mistake-free race and earns a top-five finish. (3.9 fppk)

18. Clint Bowyer ($8,800) ŌĆō Somehow Bowyer is under contract to race for SHR next year. Bowyer did absolutely nothing in 2017 with SHR. He won at Martinsville and a rain-shortened race at Michigan in 2018. This year, again, he has done nothing but waste opportunities in great race cars. (3.1 fppk)

19. Ryan Newman ($7,800) ŌĆō His price is creeping up again, but the only time Newman is too expensive is when he starts near the front. It does not matter what he does in practice. Everyone knows that in Stage 3, Newman will be running around 10th to 15th place. (4.8 fppk)

20. Austin Dillon ($7,000) ŌĆō RCR has decided to fire Austin DillonŌĆÖs crew chief for the fifth time. Maybe the sixth timeŌĆÖs the charm? Maybe the crew chief isnŌĆÖt the problem? The good news is Dillon is back to his mediocre ways and is running a little worse than 15th each week. (3.2 fppk)