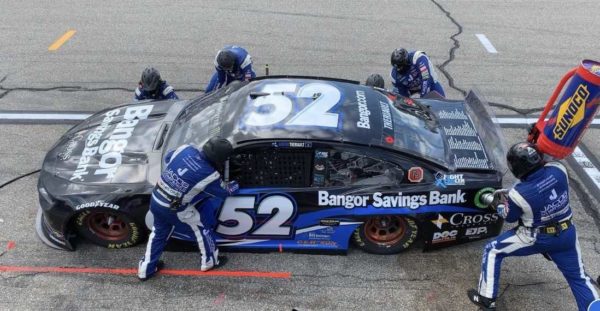 Theriault has several other races lined up, including the Bank of Roval 400 on Sept. 29 at Charlotte Motor Speedway‚Äôs road course.

This Federated Auto Parts 400 will be his fourth Cup race this season for Ware Racing.

This time, Theriault will be driving the No. 51 Ford after racing in the No. 52 Ford the previous three races. That means he will be working with a different crew for this race.

Theriault drove an Xfinity Series race at Richmond for Obaika Racing on Sept. 9, 2016. His car overheated and he only finished 84 of the 250 laps, which left him 37th among the 40-car field.

‚ÄúIt‚Äôs great to be going back there,‚ÄĚ the 25-year-old Theriault said. ‚ÄúIt‚Äôs a short track and it‚Äôs flat, similar to Loudon [New Hampshire Motor Speedway]. We‚Äôre getting back to the roots of short-track racing. A lot is on the line.‚ÄĚ

Richmond is a ¬ĺ-mile, D-shaped asphalt track. Loudon is a 1.058-mile surface.

Sunday‚Äôs race is the second of 10 in the Monster Energy Cup Series playoffs.

‚ÄúIt has taken some time, but we‚Äôre starting to build some amazing momentum. I‚Äôm really happy that Bangor Savings Bank is continuing to support us and will be part of every race from now until the end of the year. That‚Äôs very critical,‚ÄĚ Theriault said.

Theriault said he will drive in at least three of the final eight races after Richmond, but they have not ironed out the details yet.

The Rick Ware Racing Team is underfunded and has yet to register a top-10 finish in 62 races this season among its three cars: Nos. 51, 52 and 53.

Theriault has improved in each of his races, finishing 35th at New Hampshire, 34th at Pocono Raceway and 32nd last month in the Consumers Energy 400 at Michigan International Speedway.

The former ARCA Series champion said he knows there is a lot at stake for the drivers in the Chase for the Championship, and he will be respectful of them.

‚Äú[But] at the end of the day, we are all racing, and we all want to do the best we can for our teams,‚ÄĚ Theriault said.