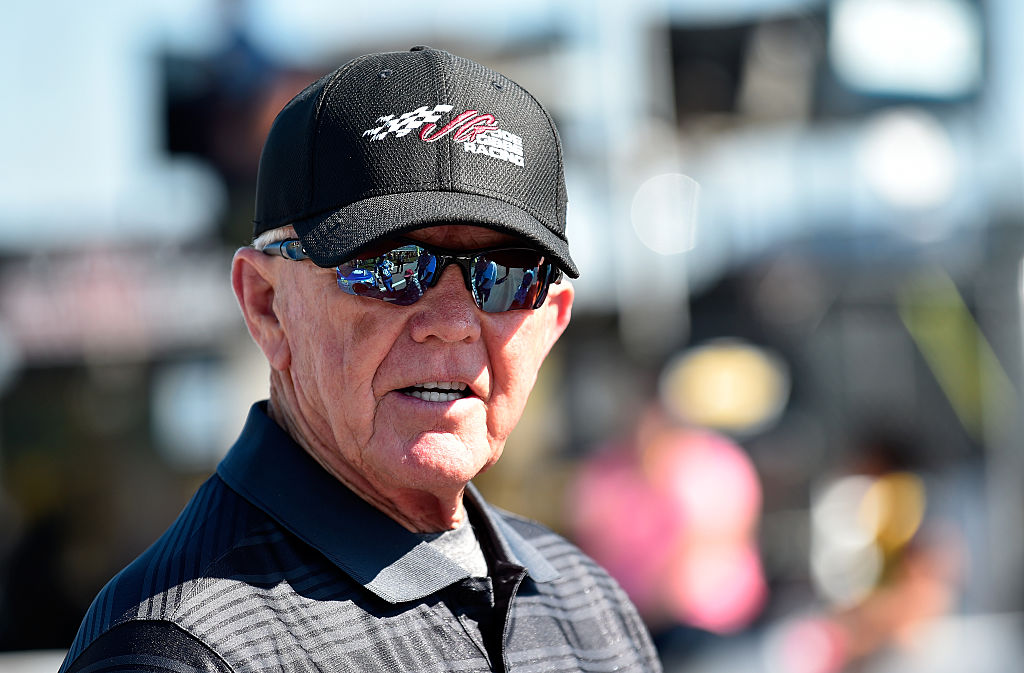 One-time Washington Redskins coach Joe Gibbs seemingly lives to buck trends. After his initial Hall of Fame run as a head coach in the NFL, Gibbs moved on to another sport entirely. How often does the same name become associated with greatness in another sport, especially when the initial run includes three Super Bowl wins?

That‚Äôs just the kind of career Gibbs made for himself. His goal was to build something bigger than his personal achievements as a head coach ‚ÄĒ something he could pass down to his family. And he couldn‚Äôt have done it without business partner Norm Miller, who happens to be his close friend of 27 years. Gibbs went from one field to another. He intentionally mixed family, friends, and business. How‚Äôs that for smirking in the face of conventional wisdom?

How a Super Bowl winner pivoted to motorsports

It‚Äôs thanks to Gibbs‚Äô son J.D. that the wheels got turning on Joe Gibbs Racing. When Joe asked his son about his plans for the future, J.D. surprised him. He wanted to explore their shared passion for NASCAR rather than follow in his father‚Äôs footsteps in football. J.D. impressed Joe with his dedication to motorsports. This single conversation sparked the second act of Joe‚Äôs career. But ideas weren‚Äôt enough.

The problem? The father and son lacked racing connections. Building a new NASCAR team is a chicken-and-egg situation. Drivers prefer joining teams with sponsors. Sponsors prefer working with proven drivers. Joe‚Äôs decades of experience meant a lot in football, but not much elsewhere. In their search for answers, the name ‚ÄúNorm Miller‚ÄĚ kept coming up. So Joe decided to call him up for a chat out of the blue.

Why Norm Miller believed in the Gibbs‚Äô NASCAR dreams

Miller accepted the phone call from Joe, who expected nothing. Miller, a savvy businessman, immediately saw an opportunity. Joe was a coach noted for taking underrated, struggling NFL players and winning Super Bowls.

Miller, then-CEO of Interstate Batteries, explored the viability of working with Joe in NASCAR. He found a significant overlap between NASCAR and NFL fans. Specifically, Interstate Batteries vendors were disproportionately invested in both sports. Clearly, there was money to be made.

Over the 27 years that followed, Miller and Gibbs went beyond a simple business partnership. They became close friends. As the business became increasingly serious and successful, the pair became ever closer as friends.

The future of Joe Gibbs Racing

Earlier this year, the spark that began Joe Gibbs Racing passed away. Core to the team‚Äôs operations, J.D. died after a battle with a degenerative neurological disease. (When Joe returned to the Redskins with his brother Coy in tow, J.D. had taken on full leadership responsibilities of their NASCAR operation.)

Joe and Coy returned to NASCAR ready to make a statement on J.D.‚Äôs behalf. J.D.‚Äôs preferred driver, Denny Hamlin, clinched a Daytona 500 victory in February. Joe was emotional, saying J.D. had the ‚Äúbest view‚ÄĚ of the race and encouraging NASCAR fans to look into J.D.‚Äôs story.

With Miller and Gibbs still working together to build Joe Gibbs Racing, the prognosis of the organization looks good. Without J.D., the friendship between the pair is more crucial to continued success than ever before. And with major championship wins still rolling in, it‚Äôs hard to see how this business of family and friends will stick around for decades to come.