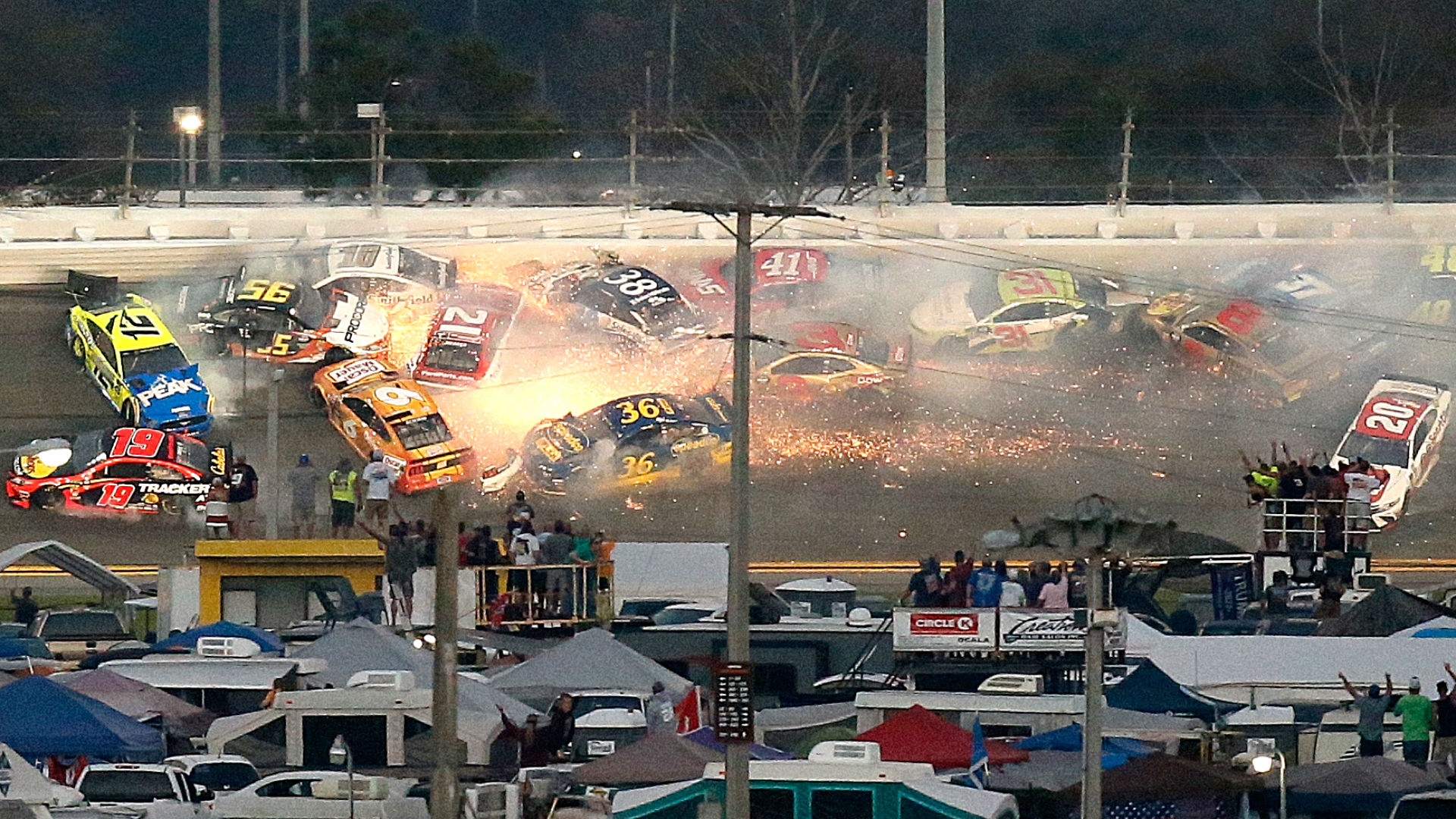 The inevitable happened with 10 laps remaining in regulation in the Daytona 500 Sunday, with a huge crash that took out numerous front runners.

The incident began when Paul Menard, who was drafting behind¬†Matt DiBenedetto, got him sideways. DiBenedetto,¬†running fourth, then collected Menard, and the two drivers blocked much of the track, collecting many cars that had run extremely¬†well all day.

No one was injured in the incident, which involved 18 cars.

“Just a racing deal,” DiBenedetto told Fox. “Nothing intentional there.”

“I just barely hooked him, and it wrecked a lot of cars,” Menard said. “That was my bad.”

The crash was dramatic even by restrictor-plate crash images, with cars piling up in a shower of sparks and twisted sheet metal.