When spectactors come from far and wide to be entertained at the Charlotte Motor Speedway, they aren‚Äôt always there for traditional top division NASCAR races on standard oval courses.

There‚Äôs actually a road course set up inside the complex called the Charlotte Motor Speedway Roval.

The premiere Roval race is the annual Bank of America Roval 400 which takes place on the last weekend of September. The race is the 29th scheduled race on the season calendar and the third stop in the Monster Energy NASCAR Cup Series playoffs.

The Roval is a 2.25 mile road course that is both connected to and within the speedway‚Äôs main full-sized 1.5 mile quad oval. The reason it is longer is because it includes 18 turns and covers a lot more road.

In January of 2018, the Roval shape and design for NASCAR Cup Series and Xfinity Series races was modified. The track, which was originally set up over 2.4 miles with 18 turns was altered to have 17 turns over 2.28 miles. The changes were made to lower lap times and make the driving less technical. All told, the race is 109 laps totalling 400 miles.

This article will dive into the past and present of the Charlotte Motor Speedway Roval and also take a look into its future. For now though, let‚Äôs kick things off with the most important facts about the track. 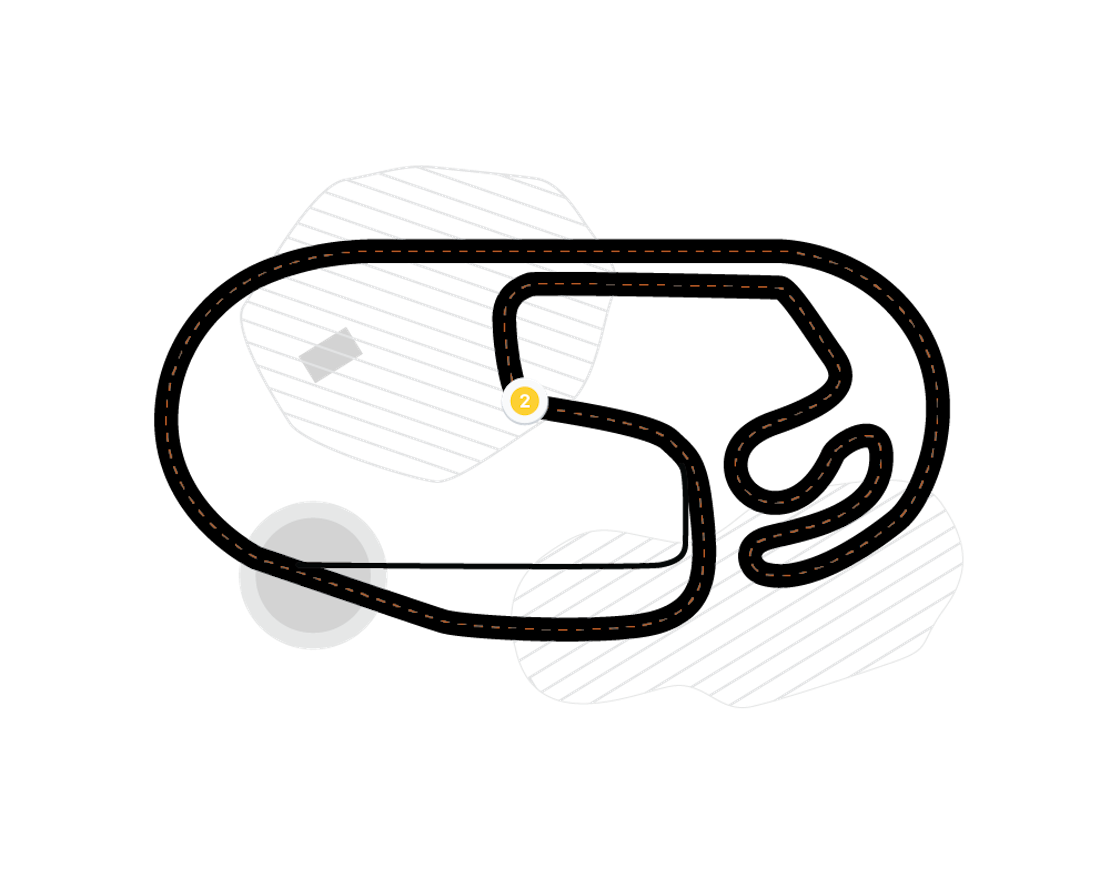 The inaugural Roval race at Charlotte Speedway had a lot of drama.

Before heading into the 109-lap battle, drivers had to learn and abide by a few new rules that they weren‚Äôt used to on standard oval tracks. For instance, in test runs track officials realized many drivers were illegally cheating on designated chicanes and cutting off portions of the track to gain time so new rules and barriers were applied to prevent this in the actual race.

While Kyle Busch had the fastest time in the first practice run, it was his brother Kurt who would earn the pole for the race. The real drama, however, was reserved for the very last lap.

A battle for first place between Jimmie Johnson and Martin Truex, Jr. had been building tension throughout the race‚Äôs final laps. As they sped through a chicane on the frontstretch Johnson attempted a pass but lost control of his vehicle and spun out taking Truex, Jr. with him. Their demise was Ryan Blaney‚Äôs good fortune as he swooped into the lead and took the checkered flag with the win.

As far as the complex itself, today known as Charlotte Motor Speedway, it had a decade in its history, from 1999-2009, when it was referred to as Lowe‚Äôs Motor Speedway.

Thanks to it being in North Carolina, which many consider a mecca of car racing, and where many teams take up residence, the complex has endearingly been branded as ‚ÄúAmerica‚Äôs Home for Racing‚ÄĚ.

What Is a Roval?

Before the roval came to be in 2018 when the first Bank of America Roval 400 debuted, the races were 500 miles and took place on the venue‚Äôs regular oval. Those races, which began in unison with the track‚Äôs opening in 1960, only changed into the road course/oval hybrid it is today due to the unique convertibility of the track.

When the course officially changed their Bank of America 500 oval race into the Bank of America Rover 400 in 2018, the use of the Roval course made it just the third stop on the Monster Energy NASCAR Cup Series schedule to be raced on a road course. The other two being Sonoma Raceway‚Äôs Toyota Save Mart 350 and Watkins Glen‚Äôs Go Bowling at The Glen.

The 500s, which have gone through various names and sponsorships over the decades, had always been Sunday races until 2002. That year, the race was delayed for three hours and instead of being an afternoon race became a night race under the lights and, by default, shifted into television primetime viewing hours.

Due to the fateful change, and subsequent boost in tv ratings, NASCAR executives decided to permanently move the race from Sunday afternoons to Saturday evenings. The change was a permanent feature from 2003-20016 before weather forced the last few races back into the Sunday afternoon time slot.

The final face on the oval track in 2017 was won by Martin Truex Jr. The first race on the roval was won by Ryan Blaney on a dramatic final lap finish.

The Charlotte track has had four different main television sponsorships. From the mid-80s to 2000 they were signed on with TBS. They joined forces with NBC until 2006, ABC until 2014, and since then it‚Äôs been broadcast on ESPN.

In 2002, whilst under the rights of NBC, the company agreed to experiment with a new idea. They decided that if the race were to extend into primetime hours they would continue with it to its completion without switching to cable which was standard practice at the time.

In 2005 NBC once again had to deal with a cross-over issue as the afternoon‚Äôs NCAA College football game coverage ran into the pre-race show for that day‚Äôs schedule race broadcast. This did not go over well with the company and special rules were put in place to stop it from happening again.

Nine years later it happened again but as a double-whammy. First the NCAA football game carried over and caused them to switch the broadcast to ESPNEWS. Unfortunately they were busy showing an exhibition NBA game held in Rio de Janeiro which also took priority.

By the time the race made it to television they were already on lap 27. It goes without saying that this, once again, drew massive ire from NASCAR fans.