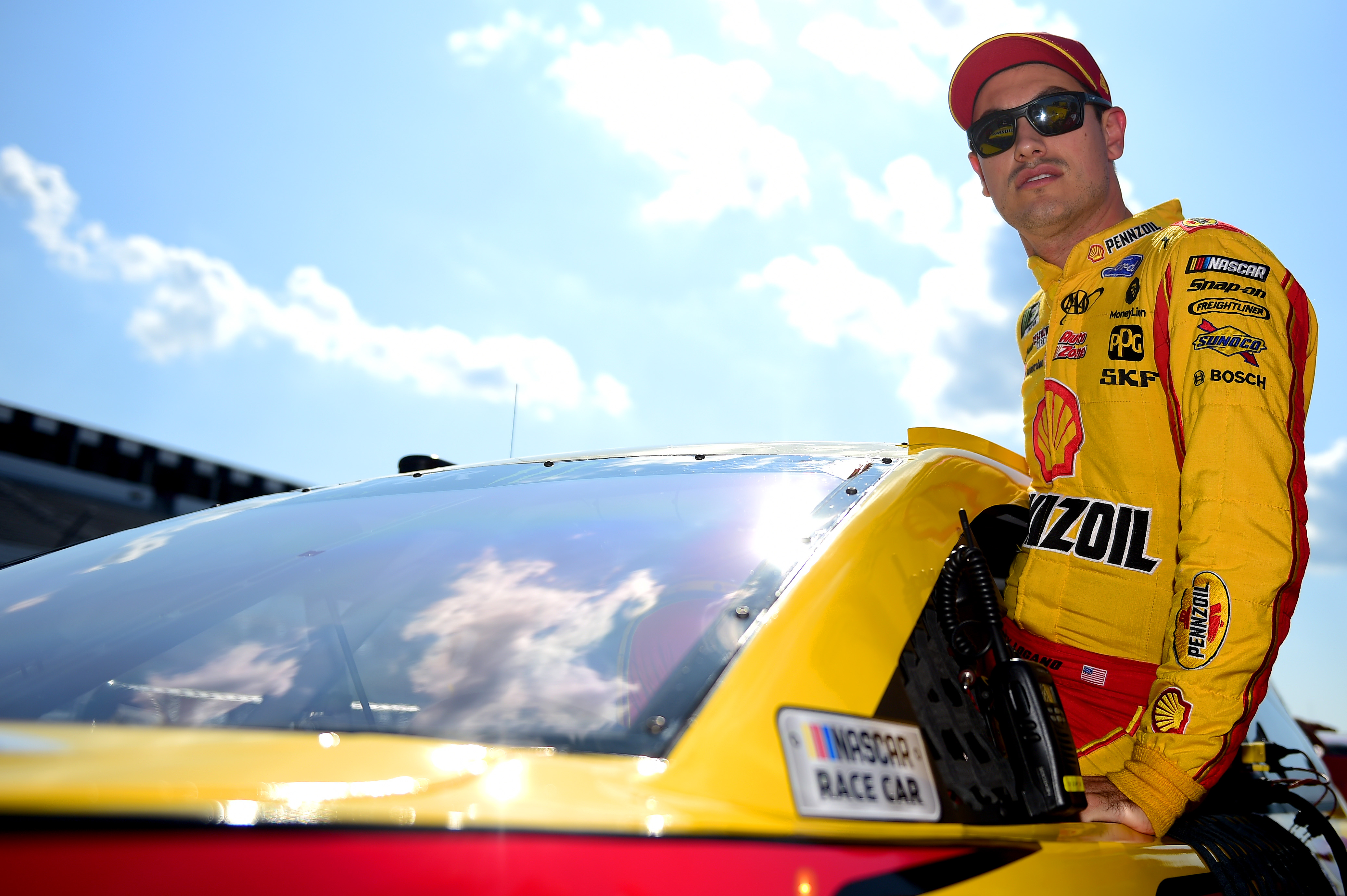 Rankings below are based on a mixture of expected output and DraftKingsā NASCAR salaries for Sundayās race in Brooklyn, Michigan. The ordering is not based on the highest projected fantasy totals, but rather by value of each driver.

1. Joey Logano ($10,200) ā Some DFS players will point out that Joey Logano led 80% of the race because he started on the pole and it was impossible to pass the leader. Theyāre paying too much attention to the results page. Logano passed the leader twice. (4.5 fppk)

2. Kyle Busch ($12,400) ā The first Michigan race was dominated by Joey Logano. Occasionally, Kevin Harvick appeared on the screen, but Kyle Busch was nowhere to be seen. That was until it mattered. Sure enough, on the last restart, Kyle Busch lined up on the second row. (5.7 fppk)

3. Denny Hamlin ($9,900) ā Who is the best JGR driver right now? The popular pick would be Kyle Busch or Martin Truex because they have the most wins. Hamlin has three wins and a top-5 finish each of the last four races. (4.6 fppk)

4. Kyle Larson ($8,300) ā Michigan used to be Larsonās playground. At one point, he won three straight Michigan races. The 2019 package has set Larsonās career back, but itās not over. In the first Michigan race, Larson ran up front and was one wiggle away from leading the second-most laps. (3.7 fppk)

5. Martin Truex, Jr. ($11,300) ā Who is the best JGR driver right now? Truex is tied for the most wins this season, and he should have taken the lead last week. He had the best car at Watkins Glen, but even the best car cannot overcome the dreaded dirty air. (5.0 fppk)

6. Chase Elliott ($9,400) ā Momentum is hardly a thing in NASCAR, let alone momentum from a road course. However, Chase Elliott is an introvert that is often consumed by self-doubt. This is evident in the string of bad finishes leading up to last weekās race at Watkins Glen. Last year, his win at Watkins Glen changed his career. Momentum is real for Elliott. (4.2 fppk)

7. Erik Jones ($8,500) ā Who is the best JGR driver right now? Most people wonāt even consider Erik Jones, but they should. He doesnāt have the wins, but he has the best average finish over the last four races. Over that span, his worst finish is fourth. (4.4 fppk)

8. Brad Keselowski ($10,700) ā Will this finally be the week that Keselowski gets the monkey off of his back? He is desperate to win at this home track. In June, Kesewlosk watched his teammate win for the third time at Michigan. (4.4 fppk)

10. Kevin Harvick ($11,800) ā Only Joey Logano was able to pass the leaders at Michigan. Kevin Harvick had the best car and was in contention all race, but he could not overcome the aero disadvantage. The benefit of running in second for most of the race was that the draft enabled Harvick to earn the most fastest lap points. (4.1 fppk)

14. Alex Bowman ($9,100) ā One thing will never change at Michigan, on the last restart you better hope that your drivers are restarting on the outside line. Alex Bowman lined up 5th on the final restart, but thatās the low line and he finished 10th. (4.7 fppk)

15. Clint Bowyer ($8,700) ā Michigan was a defining moment for the 2019 season. After Bowyer wrecked, he lamented the current state of NASCAR. He said it wasnāt racing and that never in his career had he been penalized for trying to pass cars, but thatās what Michigan has become. (3.2 fppk)

16. William Byron ($7,700) ā His first Michigan race was uneventful, but an uneventful Michigan race can be significant in DFS. Byron drove from 21st to 18th, but that pedestrian performance resulted in the 15th-most fantasy points. (4.4 fppk)

17. Ryan Blaney ($9,700) ā He was one of a dozen drivers that ran around 10th place throughout the first Michigan plate race. Thatās right, Michigan is a single file plate race. If Blaney restarts on the top line at the end, then he will be optimal. (4.2 fppk)

18. Jimmie Johnson ($7,600) ā That crew chief change doesnāt seem to be working out. As alluded to in last weekās price check, maybe the problem with the No. 48 car isnāt the crew chief. Maybe, itās the driver. The driver that wrecked last week and tried to fight Ryan Blaney. (3.7 fppk)

19. Ryan Newman ($7,900) ā If DFS players want to understand Michigan, then look no further than Ryan Newmanās Michigan results. Heās routinely finished much better or much worse than his average running position. Finishing position depends on where a driver restarts at the end. A good race can be ruined by starting on the bottom line at the end. (5.0 fppk)