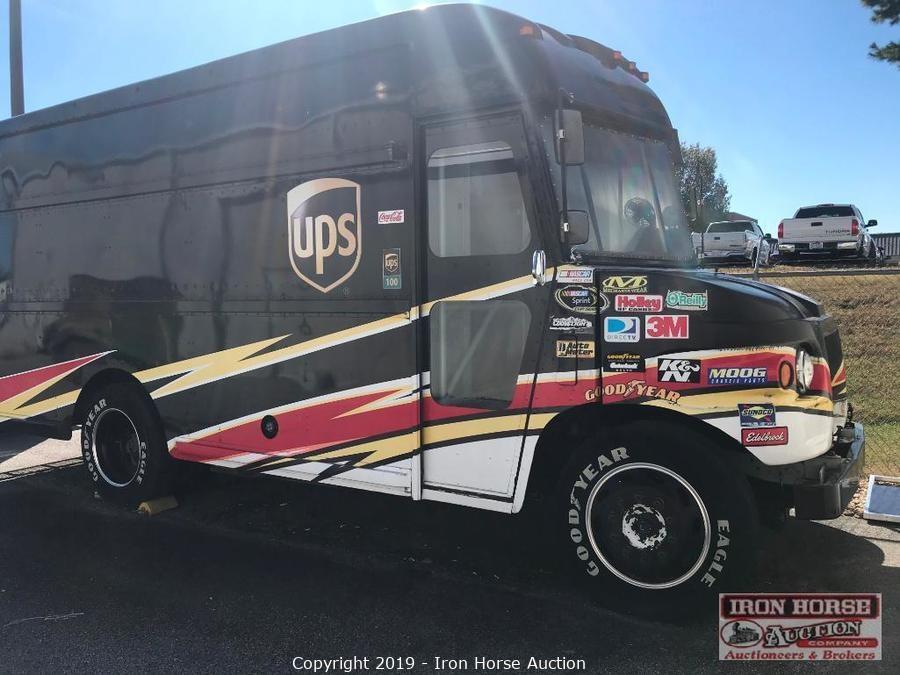 Here we have a brown 1990 UPS Truck for sale. This particular brown truck comes fitted with a Toyota Racing Development engine!

View the UPS truck listing, commercials and photos below.

The truck was built by Mike Ryan in 2006. It was driven by NASCAR star Dale Jarrett in various ad campaigns.

11 days later, the project was completed.

The team stripped the truck, including the engine. It was then rebuilt and fitted with a roll cage, TRD racing engine, racing specific shock and spring package, custom transmission, racing seats and race gauges.

This UPS truck is also setup for NOS injection. And to keep things safe, a fire suppression system was installed.

An extra set of tires and wheels are included. To top things off, it comes with a backup camera.

Nothing about the build makes any sense at all. But, it was a great promotional took used in many NASCAR commercials for several years.

Dale Jarrett competed on the NASCAR Cup Series schedule between 1984-2008. He ran 668 races and collected 32 wins along the way. He grabbed the series title in 1999.

Iron Horse Auctions has setup the online auction for the special vehicle.

Bidding for the UPS truck will begin on December 4, 2019. The starting bid has been set at $1.