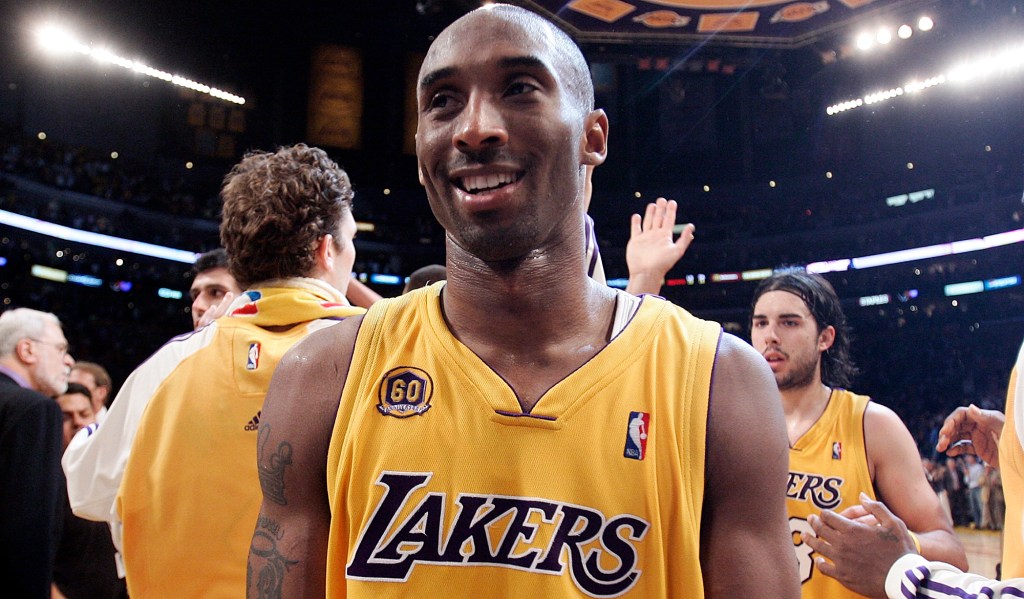 Click here if you‚Äôre having trouble viewing the photo gallery on a mobile device.

Sunday morning, NBA legend Kobe Bryant was killed in a helicopter crash in Calabasas along with his 13-year-old daughter Gianna and seven other people.

As the news of Bryant‚Äôs death began making its way around the sports world, the tragedy drew comparisons to other shocking sports deaths.

Tyler SkaggsThe Angels pitcher died last July 1 at the team‚Äôs hotel in Texas before a series with the Rangers. Skaggs was found to have opiates in his system, reportedly provided by a member of the organization. He was 27.

Roy HalladayThe former MLB great died Nov. 7, 2017 when he crashed as the only person aboard a water plane in the Gulf of Mexico. Halladay, who was elected into the MLB Hall of Fame in 2019, was 40.

Yordano VenturaThe Royals pitcher was killed in a Jan. 22, 2017 car crash in his native Dominican Republic. He was 25 at the time.

Jose FernandezThe Marlins emerging ace died Sept. 25, 2016 in a boat crash at the age of 23 at the tail end of his second All-Star season.

Junior SeauThe 12-time Pro Bowl linebacker died May 2, 2012 due to a self-inflicted gunshot wound. He was 43, and his family later released findings that Seau suffered from CTE.

Cory LidleThe former A‚Äôs pitcher died on Oct. 11, 2006, when the private plane he and his flight instructor were flying crashed into an apartment complex in New York‚Äôs Upper East Side. Lidle, who was 34, had pitched four days earlier for the Yankees in the ALDS.

Pat TillmanThe South Bay native was killed during a firefight on April 22, 2004 while serving with the U.S. Army in Afghanistan. He was 27. Tillman left the NFL and joined the Army Rangers in June 2002 in the aftermath of the Sept. 11 attacks.

Patrick DennehyThe St. Francis High product was shot and killed on June 12, 2003 by a Baylor University basketball teammate, who ultimately pleaded guilty to murder. Dennehy was 21.

Darryl KileOn June 22, 2002, the day of his scheduled start at Wrigley Field, the Cardinals right-hander was found dead at the team hotel after suffering a heart attack in his sleep.

Dale EarnhardtThe NASCAR driving legend died Feb. 18, 2001 after suffering a skull injury during a collision on the final lap of the Daytona 500. He was 49.

Payne StewartPopular golfer known for his throwback wardrobe died Oct. 25, 1999 when his private jet crashed on the way to the final PGA event of the season. Stewart, who had won the U.S. Open that summer, was 42.

Andres EscobarThe Colombian national team soccer player was shot and killed on July 2, 1994. The murder was believed to be retaliation for Escobar inadvertently scoring an own goal in a 2-1 loss to the United States in the World Cup days earlier.

Ayrton SennaOne Formula One‚Äôs greatest drivers of all-time died on May 1, 1994 from head injuries suffered during an accident while leading the San Marino Grand Prix in Italy. He was 34.

Reggie LewisThe Boston Celtics star suffered a cardiac arrest and died on the court during an off-season workout on July 27, 1993. He was 27.

Davey AllisonThe 1992 Dayton 500 winner died July 13, 1993, a day after he suffered head injuries when the helicopter he was piloting crashed while attempting to land at the Talladega Superspeedway. He was 32

Drazen PetrovicThe New Jersey Nets star, one of the first European players to make an impact in the NBA, was killed June 7, 1993, in a head-on automobile collision in Germany. He was 28.

Steve Olin and Tim CrewsThe Cleveland Indians pitchers were killed (and teammate Bob Ojeda seriously injured) in a boating accident March 22, 1993 in Florida during spring training. Olin was 27 and Crews was 31.

Hank GathersThe high-scoring Loyola Marymount basketball star died shortly after collapsing on the court on March 4, 1990 during a WCC Tournament semifinal game against Portland. Gathers, who was 23, suffered from a heart-muscle disorder.

Len BiasThe University of Maryland star died of a cocaine overdose June 19, 1986,¬† days after he was picked by the Boston Celtics as the second overall pick in the NBA draft. He was 22.

Joe DelaneyThe Chiefs star running back drowned on June 29, 1983, while attempting to save three children from a pond in Louisiana. Two of the children died with Delaney, who was 24.

Salvador S√°nchezThe featherweight sensation, who in 1981 was named along with Sugar Ray Leonard as the Fighter of the Year, died Aug. 12, 1982 in a car crash in his native Mexico. Just 23 at the time, his career record was 44-1-1 with 32 knockouts.

Thurman MunsonThe Yankees catcher and captain died Aug. 2, 1979 outside of Cleveland while piloting a private plane. The seven-time All-Star was 32.

Roberto ClementeOne of the most tragic instances of a current player‚Äôs death was Hall of Famer Roberto Clemente‚Äôs passing in a plane crash on New Year‚Äôs Eve in 1972 while delivering emergency aid to earthquake victims in Nicaragua. He was 38.

Marshall University football teamOn Nov. 14, 1970, a plane crash killed 75 members of the team and coaching staff. The team was returning to West Virginia following a 17-14 loss at East Carolina and occurred barely a month after the crash of the Wichita State team plane that killed 31.

Knute RockneThe college football legend died on March 31, 1931 when the aircraft the Notre Dame head coach and seven others were riding in crashed just outside of Kansas City. Rockne was 43.