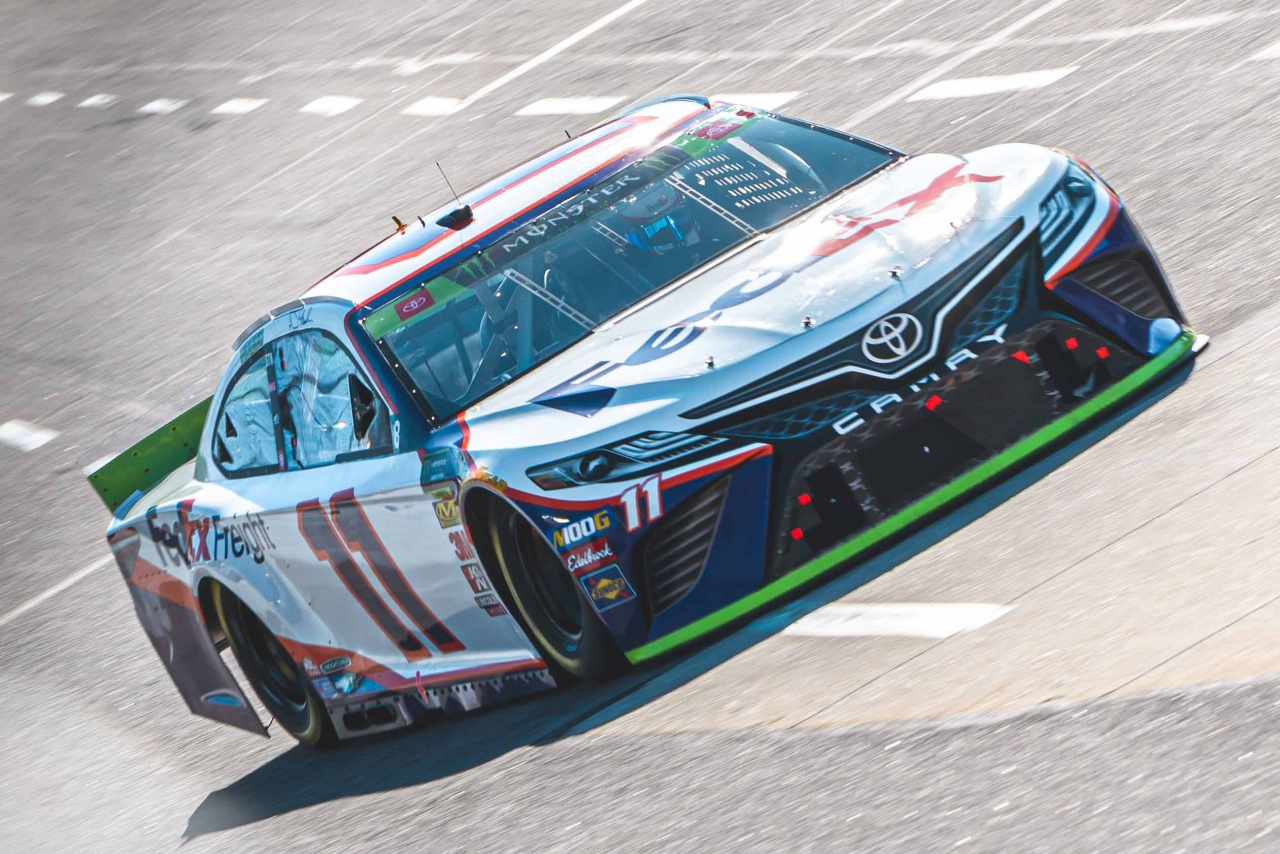 The NASCAR driver details his shoulder injury and pending surgery

Denny Hamlin will have surgery in the off-season to repair a torn labrum in his left shoulder.

The Joe Gibbs Racing driver is currently in a battle for the 2019 NASCAR Championship. He‚Äôs one of the 8 drivers remaining in the NASCAR Playoffs.

All year, Hamlin has been a favorite to win the title. The shoulder isn‚Äôt in the way‚Ä¶

‚ÄúI really don‚Äôt know how it happened to be honest with you. But, it‚Äôs something that‚Äôs been nagging for years,‚ÄĚ Denny Hamlin stated from the Texas Motor Speedway media center.

‚ÄúI‚Äôve had shoulder issues. But, it just got to the point where it was really bad. I got it scanned and figured out what it was.‚ÄĚ

‚ÄúIt hasn‚Äôt really affected me at all in the car. That part of it‚Äôs all been fine. It really has not limited me.‚ÄĚ

‚ÄúIt‚Äôs uncomfortable while sleeping. I can‚Äôt sleep on that side.‚ÄĚ

‚ÄúI got a cortisone shot in it which has really helped. That‚Äôs like my saving grace when things start hurting. It went from being immobile to it feels like there‚Äôs nothing wrong with it right now.‚ÄĚ

‚ÄúI still can lift weights. I can only do them a certain way and I have to limit my mobility on that part. But, it hasn‚Äôt affected anything in everyday life.‚ÄĚ

‚ÄúIt was weeks ago but it was just progressively getting worse over the late summer to early fall. Just a few weeks ago, the doctors came and gave me a little bit of relief just to get me into the off-season.‚ÄĚ

A week after Martinsville, Denny Hamlin discusses the feud with Joey Logano

Denny Hamlin is frustrated with Joey Logano after Dover (October 2019)

Hamlin and Chase Elliott have mended fences after Martinsville altercation

« NASCAR odds, lines for Phoenix playoff race – NASCAR This Photo Perfectly Illustrates What NASCAR Looks Like Vs. What NASCAR Could Look Like – Jalopnik »