Did Albert Lemieux drive the only Canadian-made car in a NASCAR race, 67 years ago? – TheSpec.com 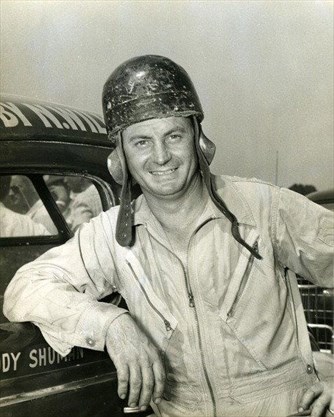 Will NASCAR ever present a Cup race again in Canada? When is the new track in Fort Erie to open? Why are there not more nitro-burning cars at the drag strip?

These are at the top of the list of questions I am frequently asked. For the second question, I have no idea, and the high cost is the answer for the third question.

For the first question, presenting a Cup race in this country is very remote for geographic and financial reasons. There have been two races in NASCAR’s highest tier held here, both more than 60 years ago. The first race was in Niagara Falls in 1952 and the second, and last event, was held on the CNE grounds in Toronto in 1958.

Racing history was made with this first event held on the Stamford Park horse racing grounds. History was also made as a Canadian-built car competed in that first race.

NASCAR was only three years old, the top series was known as the Grand National, and during the 1950s, the teams travelled across the U.S. with the above-mentioned forays into Canada.

In 1952. NASCAR ran a 34-race card, and the Niagara Falls race was part of a regional tour. The teams crossed into Canada for the July 1 running at Stamford Park after competing in Detroit late in June. After Niagara Falls, they raced at Owego N.Y. on July 4, then back to Michigan on July 6 at Monroe. All these races were 200 laps on half-mile dirt tracks.

Tim Flock was the points leader going into the Niagara Falls race, and while he won at both Owego and Monroe with his Hudson, he got in a smash-up in Niagara Falls and placed well behind. Another early GN racer, Buddy Shuman from North Carolina, won the race and $1,000 in front of 4,000 fans, according to newspaper accounts.

Stamford Park was established on a 182-acre tract in 1923 and rivalled Fort Erie for horse racing contests. Fans enjoyed watching the horses from the 3,200-seat covered stands, and there was some auto racing at the facility along with the horses from the late 1940s until the track was razed in 1953.

There were 17 starters in the first race, a mixture of NASCAR regulars with southern roots such as Flock (Georgia), Herb Thomas and Lee Petty of North Carolina, and some racers from neighbouring New York state such as Jack Hauher and Eddie Lenz.

Starting 17th was Albert Lemieux from Montreal. According to records, it was his only GN race. He finished 10th with 121 laps to his credit. And among all the Hudsons and Oldsmobiles on the track, Lemieux drove a 1950 Meteor. At the time all these cars were very close to stock and came off an assembly line with some suspension and engine tweaking. They were nowhere near the custom-built proprietary vehicles of today.