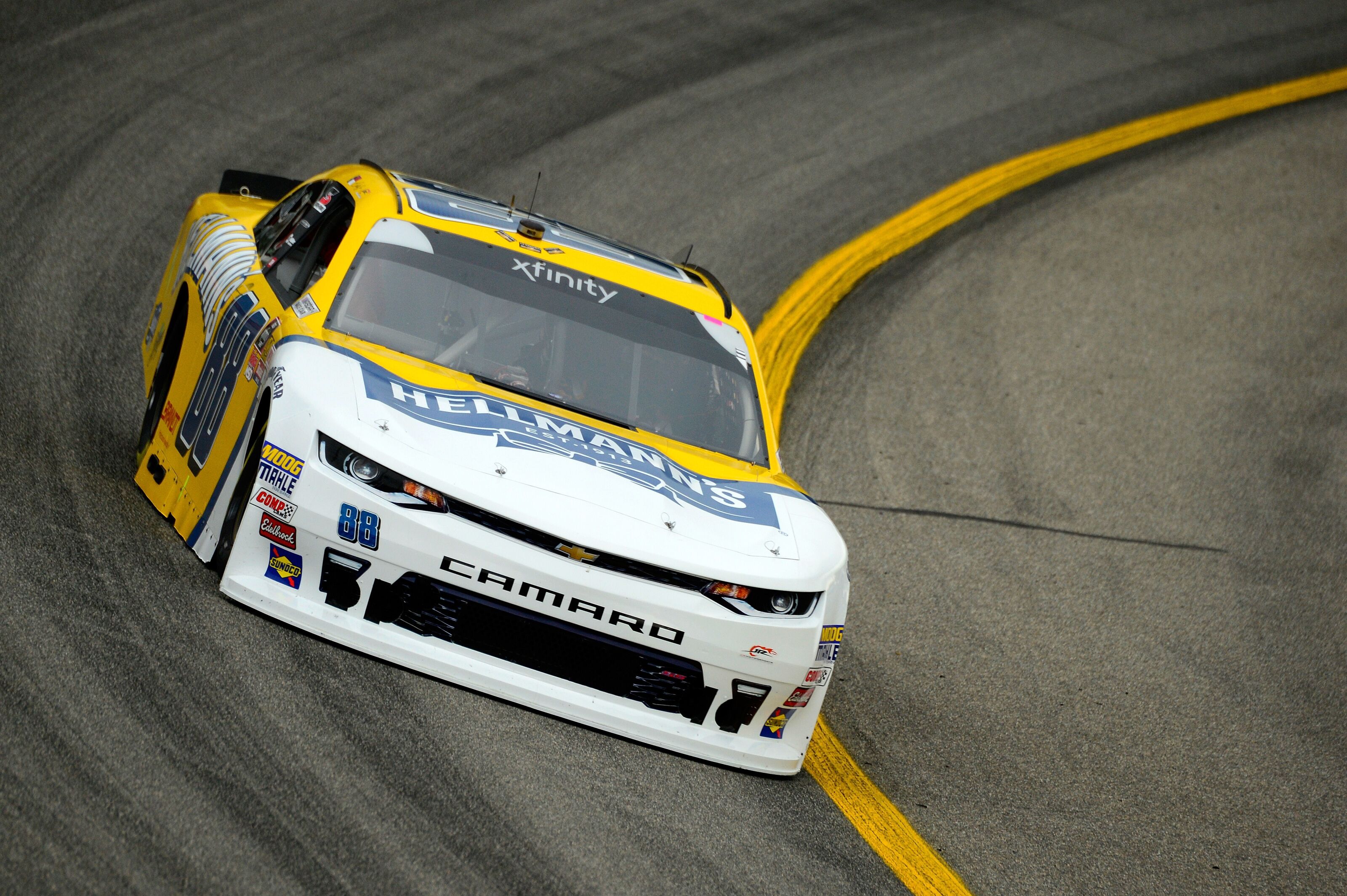 With Dale Earnhardt Jr. set to compete in the Xfinity Series race at Homestead-Miami Speedway, this is slated to be the 46th consecutive season with an Earnhardt in NASCAR.

Former full-time NASCAR Cup Series driver and 15-time Most Popular Driver Award winner Dale Earnhardt Jr. confirmed to FanSided last year that he would be returning to the Xfinity Series for one race in the 2020 season, just as he did in 2018 in 2019 after retiring from full-time Cup Series competition following the 2017 season.

Earnhardt, who co-owns JR Motorsports, drove for his team in the race at Richmond Raceway in September of 2018, and he competed in the race at Darlington Raceway in August of 2019. He placed fourth and fifth, respectively.

In March of 2020, he is set to drive the #8 Chevrolet in the race at Homestead-Miami Speedway, and he is set to do so with primary sponsorship from long-time sponsor Hellmann‚Äôs.

A picture of the paint scheme that Earnhardt is set to run was revealed on Tuesday.

No name resonates with the NASCAR fanbase as a whole quite like the name of Earnhardt throughout the long history of the sport, and the name Earnhardt goes back nearly to the sport‚Äôs beginning, as Ralph Earnhardt, Dale Jr.‚Äôs grandfather and Dale Sr.‚Äôs father, made his Cup Series debut back in 1956.

That is evidenced most notably by Dale Jr.‚Äôs 15 consecutive Most Popular Driver Awards to close out his career despite the fact that he never won a championship and at one point went on a win drought of more than four years.

There are two other Earnhardts who currently compete in NASCAR, although none have any kind of rides lined up for the 2020 season. These two drivers are Jeffrey and Bobby Dale. Both are sons of Kerry Earnhardt, Dale Jr.‚Äôs half-brother.

But with Dale Jr. set to return for what, factoring in everything, is his 25th consecutive season of NASCAR competition on some level, this means that the Earnhardt name is set to be in NASCAR for the 46th consecutive year.

The name Earnhardt hasn‚Äôt not been in the sport since the 1974 season, which is when Dale Jr. was born. After a brief hiatus following Ralph‚Äôs career from to 1956 to 1966, it returned the next year when Dale Jr.‚Äôs father, who went on to win a record-tying seven championships, made his Cup Series debut.

Dale Sr. competed in the Cup Series for 27 years before he was killed in a last-lap crash in the 2001 season-opening Daytona 500. The 2001 season was Dale Jr.‚Äôs second full Cup Series season and sixth season in NASCAR on some level.

How will Dale Earnhardt Jr. perform in his lone start in the 2020 NASCAR Xfinity Series season? The race at Homestead-Miami Speedway is the sixth of 33 races on the schedule, and it is set to be broadcast live on Fox Sports 1 beginning at 3:30 p.m. ET on Saturday, March 21.