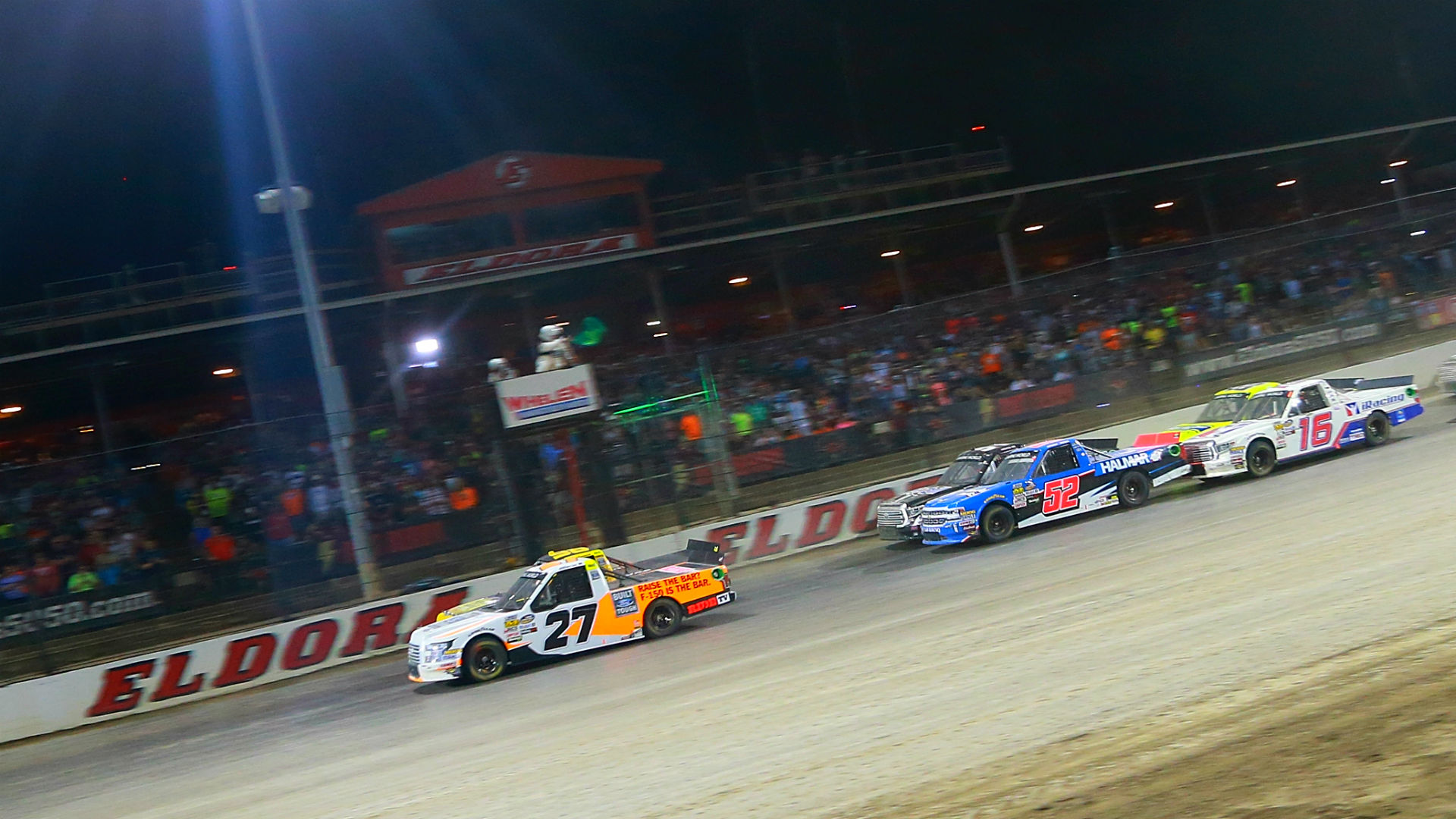 The most exciting race on the NASCAR Gander Outdoors Truck Series schedule, an event that is becoming an annual highlight across all three of NASCAR’s national series, is scheduled for Thursday. The Eldora Dirt Derby is the lone dirt race on those three schedules, an exclusivity that only adds to the appeal of such a unique event.

The annual arrival of the truck race at Eldora presents the same question: Why don’t NASCAR Cup or Xfinity cars race on dirt at least once a year, too? While a Cup Series race at Eldora has been described as “feasible,” complications such at the venue’s need to be retrofitted for Cup accommodations have kept any such race off the schedule.

For the time being, though, the Truck Series gets the spotlight at the half-mile dirt track in western Ohio. Here is all you need to know about the 2019 Eldora Dirt Derby, including the TV channel, schedule and qualifying format.

With this year’s Eldora truck race bumping up against the NASCAR events at Watkins Glen this weekend, there are no Cup Series regulars in the 32-truck field for Thursday night’s race. But Chase Briscoe, last year’s Eldora Dirt Derby winner, is a full-time Xfinity driver who will make his first Truck Series start of the season Thursday and, after the race, immediately head to Watkins Glen.

The relativey late start time of 9 p.m. ET for the truck race at Eldora will make such a quick turnaround tough on Briscoe.

Below is the TV schedule for Thursday night’s Eldora Dirt Derby, including replays of the race Friday on FS1 and FS2.

In addition to FS1’s TV coverage, the 2019 Eldora truck race can be streamed live on Fox Sports Go or fubo TV.

New fuboTV users can sign up with a seven-day free trial.

The format for the Eldora Dirt Derby is the same as last year’s race with one small tweak. Rather than single-car qualifying, top speeds from a pair of practice sessions Wednesday will set the field for Thursday’s qualifying races.

The top five finishers in each qualifying race will automatically advance to the Eldora Dirt Derby. After those races, there will be one 15-lap “last chance” qualifying race for trucks that have yet to advance, with the top two finishers getting into the race. The last five spots will be set by owner points.

Below is a breakdown of how the field will be set for the Eldora Dirt Derby, via NASCAR.com.