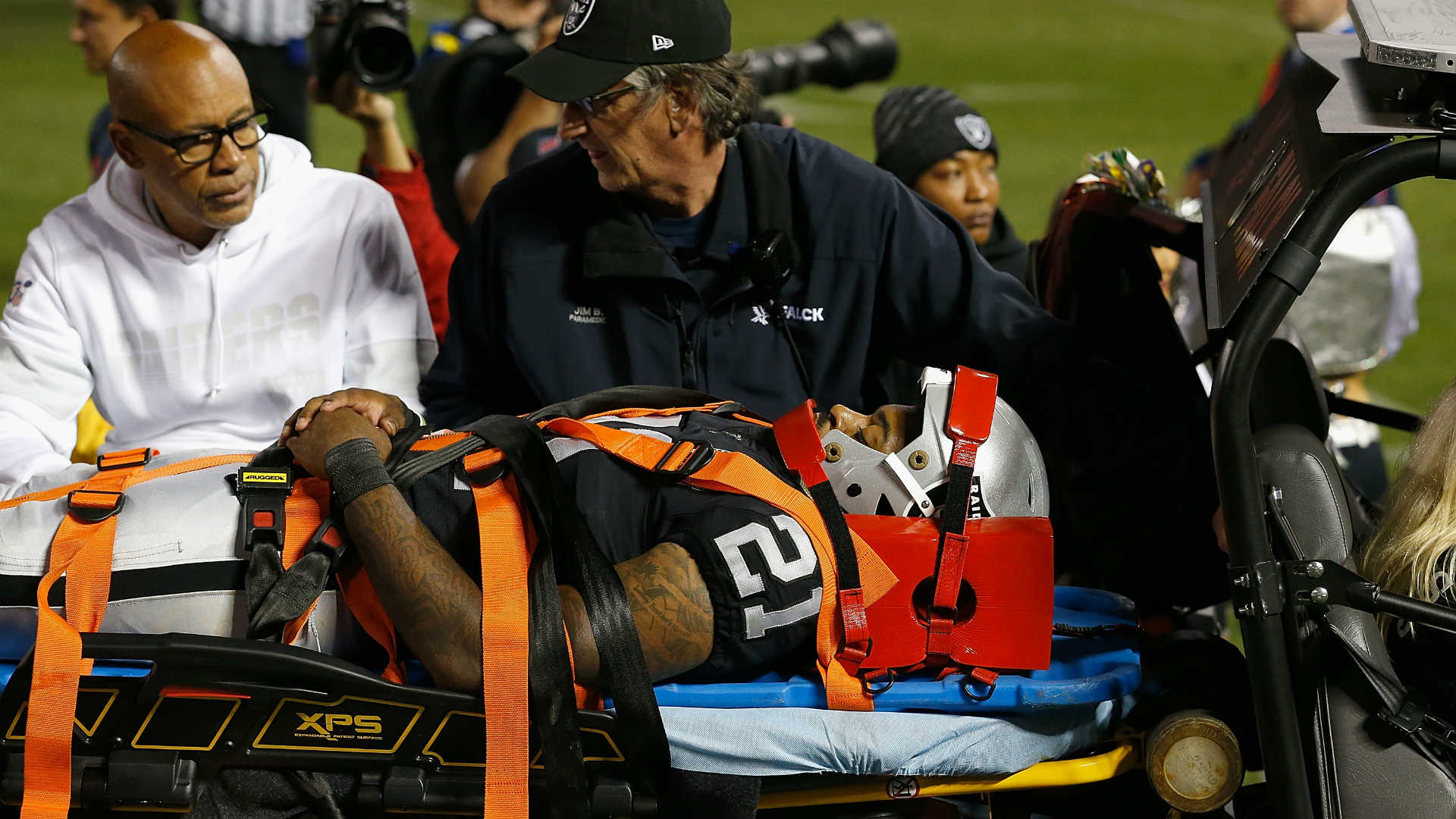 Raiders cornerback¬ÝGareon Conley,¬Ýstretchered off the field Monday against the Broncos with an apparent¬Ýneck injury, says he is “good to go” in the wake of what coach Jon Gruden called “a scary hit.”

Conley, 24, tweeted Tuesday that he suffered a neck injury, “nothing severe¬Ýand it was just protocol to get me on a stretcher and get imaging to make sure everything was ok.”

Thank you to everybody who had me in their thoughts and prayers.. I hurt my neck nothing severe and it was just protocol to get me on a stretcher and get imaging to make sure everything was ok make sure it didn‚Äôt go down my spine or anything.. I‚Äôm good to go God Bless you all üôèüèæ

Gruden echoed Conley’s optimistic assessment when the Raiders coach spoke to reporters Tuesday, a day after Conley was hurt in the third quarter of a 24-16 Raiders win over Denver.

“Happy to say that Gareon Conley seems to be doing OK,” Gruden said. “I think there’s a chance he might be able to play this week, but we’ll have to update his status (Wednesday).”

The Raiders host the Chiefs at 4 p.m. ET Sunday.

Conley appeared to suffer the injury with a little more than five minutes remaining in the third quarter Monday when he tripped while attempting to make a tackle and was then kicked in the head by teammate¬ÝJohnathan Abram.¬Ý

Play was stopped for several minutes while medical staff and trainers¬Ýtended to¬ÝConley, who recorded three total tackles before exiting. He was immobilized on a back board and left in his helmet, with the facemask removed.

Conley gave the crowd a thumbs up while being taken off the field.¬Ý

Abram, the hard-hitting first-round pick out of Mississippi State, was penalized on the play for leading with his helmet while tackling the Broncos’ Royce¬ÝFreeman. The personal foul helped the Broncos eventually get a field goal to cut Oakland‚Äôs lead to 14-6. Oakland eventually won, 24-16

Abram said after the game he¬Ýhad no idea how Conley was injured.

‚ÄúI really didn‚Äôt see what happened,‚Äù Abram told reporters. ‚ÄúI think the running back fell on top of him or something. We were praying for him. But we had to go out there and finish the game for him.‚Äù

The Raiders originally selected¬ÝConley out of Ohio State with the No. 24 pick in the 2017 draft.¬Ý

He has three interceptions and 16 pass breakups in 17 career games.¬Ý