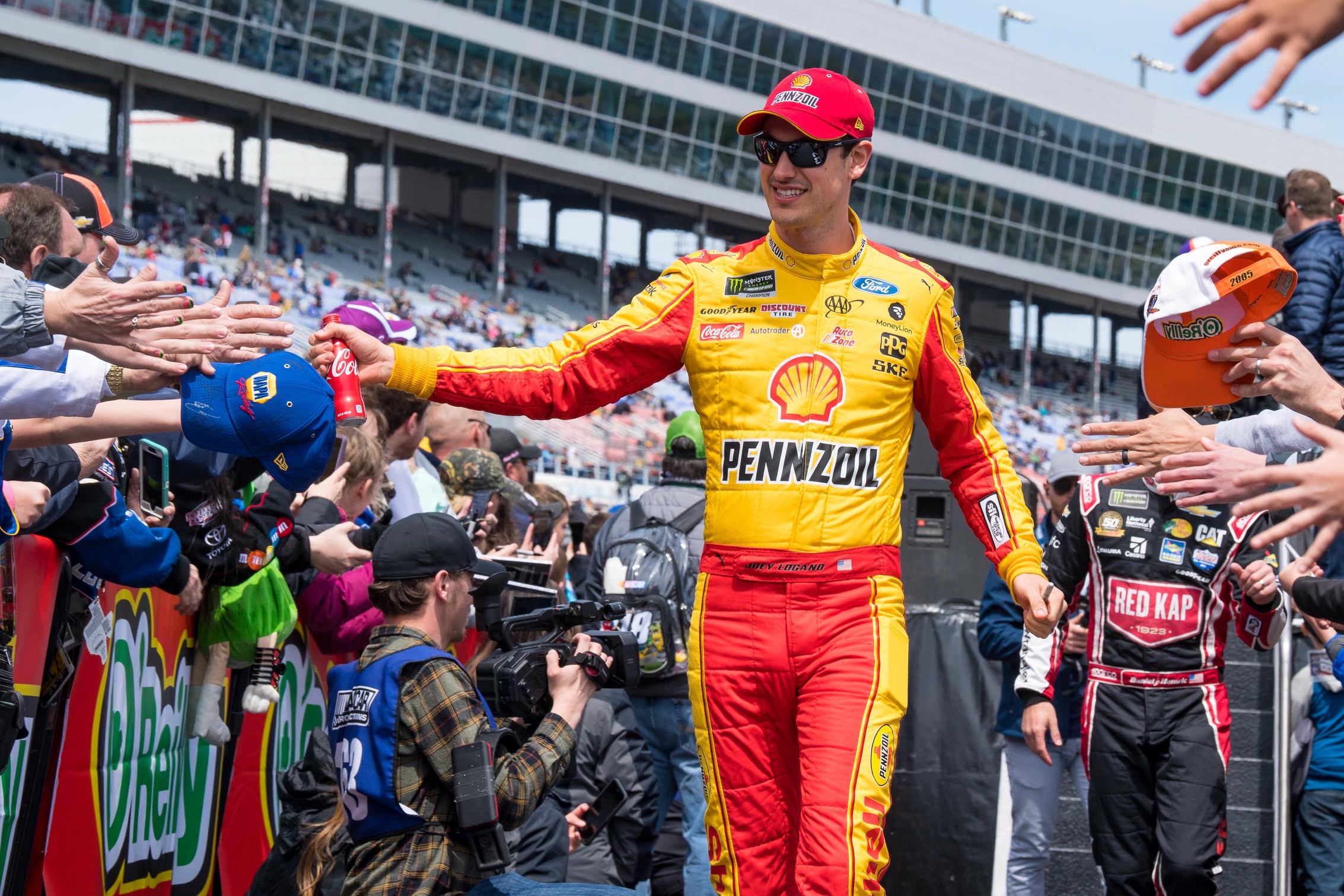 WATCH: NASCAR Price Check ā GEICO 500
Rankings below are based on a mixture of expected output and DraftKingsā NASCAR salaries for Sundayās race in Lincoln, Alabama. The ordering is not based on the highest projected fantasy totals, but rather by value of each driver.

1. Joey Logano ($11,200) ā Keselowskiās cold streak at plate tracks is dangerously close to transforming into the yips. That leaves Logano and Hamlin as the top plate racers in NASCAR. Logano has won at Talladega in three of the last four years. (5.0 fppk)

2. Denny Hamlin ($9,200) ā The rub against Hamlin was that he was a great plate track finisher, but not a plate track winner. Thatās no longer the case. His three plate wins since 2014 are tied for the second-most wins at the plate tracks. (4.6 fppk)

5. Aric Almirola ($8,100) ā He won a rain-shorted Daytona summer race with Richard Petty Motorsports. In his first race with Stewart-Haas Racing, he was dumped by Austin Dillon while leading the final lap. He rebounded and won last fallās Talladega race with some help from conspicuous NASCAR officiating. (3.6 fppk)

7. Kurt Busch ($9,000) ā Talladega and Daytona are slightly different, and this difference is sometimes used to explain driver performance. Since 2017, Kurtās average finish at Talladega is 12th, but at Daytona, it is 23rd (that includes a 2017 Daytona 500 win). Be careful with the numbers this week. (5.3 fppk)

9. Ryan Newman ($7,800) ā Over the last 21 plate races (2014 to present), Newman ranks as the fourth-best plate racer in terms of average finish. Either Newman is incredibly lucky, which seems unlikely given his career arc, or he has mastered the skill of plate racing. (4.6 fppk)

10. Ryan Blaney ($9,800) ā He checks the boxes when it comes to having the right car and the right teammates. Itās hard to do better than Team Penske. Blaneyās problem is much like other driversā, his track history is abysmal. Blaney has two top-10 finishes in his last 10 plate races. (4.6 fppk)

11. Martin Truex, Jr. ($10,100) ā DFS players are faced with difficult decisions this week. Truex will be flanked by a strong fleet of JGR cars that finished 1st, 2nd and 3rd at Daytona, but Truex has not earned a top 20 in his last five Talladega races. (5.3 fppk)

12. Paul Menard ($6,700) ā Heās wrecked in three of his last four plates races, but even with those ugly finishes, Menard still ranks as the 10th-best plate racer since 2014. Menard also has the added benefit of hooking up with fast Fords and the Penske alliance. (3.8 fppk)

13. Ricky Stenhouse, Jr. ($7,400) ā Talladega was the site of Stenhouseās first career win. He followed that win with another victory at Daytona two months later. Stenhouse has the ability to win, although a top 10 is more likely. However, the most likely outcome is that he wrecks multiple times this weekend. (3.2 fppk)

14. Erik Jones ($8,700) ā The trend in the last two plate races has been for teams to stick together. At Talladega last fall, SHR ran 1, 2, 3 and 4 for most of the race. At Daytona in February, JGR swept the podium. It might be wise to ignore names and focus on teams this weekend. (4.2 fppk)

15. Chase Elliott ($9,500) ā The Hendrick cars qualify well and look competitive all weekend at the plate track events. However, over the course of 500 miles, it never works out. The most glaring weakness is inexperience. The veteran on the team, Jimmie Johnson, is quite possibly one of the worst plate racers in history. (4.8 fppk)

17. Kyle Larson ($8,500) ā At Talladega and Daytona, luck is more important than speed or experience. No driver has had worse luck than Kyle Larson this season. He has been the personification of Murphyās Law. (3.5 fppk)

18. Ty Dillon ($6,500) ā Slow and steady wins the race. Ty Dillonās Cup career has eerily mirrored the parable of the Tortoise and the Hare. Nowhere is this more evident than at Talladega. Ty has finished 15th, 15th, 11th and 13th. Talladega is a track where Ty can actually win, but yet he plays it safe and earns solid, but unremarkable top-15 finishes each race. (4.5 fppk)

20. Jimmie Johnson ($8,300) ā Calling Johnson the worst plate racer in history is hyperbole, but it seems that every Daytona speedweek, Johnson wrecks multiple cars. In the last 21 plate races, he has seven top 10s. His stats are not inspiring, but the plate tracks are likely Johnsonās best chance to secure a win this season. (4.0 fppk)