Since the 18-year-old daughter of accomplished X-Games competitor Brian Deegan had no prior on-track experience at Daytona, she has spent a good bit of January participating in test sessions at the track for both series.

Friday, Deegan turned her first laps in the No. 4 Ford prepared by DGR-Crosley for her ARCA debut at Daytona. The two-day ARCA test is scheduled to conclude Saturday. 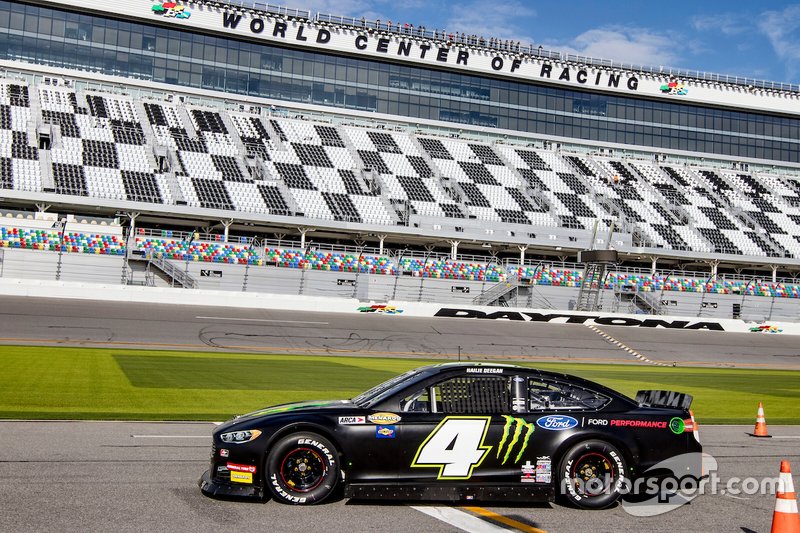 ‚ÄúI think being on the track previously, even if it was in the Mustang GT4 going a lot slower, it made my confidence equal out so that I was not nervous coming here,‚ÄĚ Deegan said. ‚ÄúI was pretty comfortable and knew what to expect.¬†

Deegan grew up racing off-road and on dirt but transitioned to competing on asphalt in 2016 to pursue a career in stock car racing.¬†

She began her career in NASCAR in 2018 in the K&N Pro series. She is the only female driver to have won races in the K&N series ‚Äď once in 2018 and twice this past season, during which she finished a career-best third in the K&N West series standings.

Deegan also competed in six ARCA races in 2019 with a career-best finish of fifth at Lucas Oil Raceway near Indianapolis. She will run the entire 2020 ARCA schedule.

‘Not worried about anyone else’

While Deegan is aware of the relatively few women who have tried to make a successful career out of stock car racing, she prefers to focus on her own journey.

‚ÄúI‚Äôm not really worried about anyone else. In this garage, everyone is running their own program,‚ÄĚ she said. ‚ÄúSome people have sponsors, some people‚Äôs dads pay the bills, everyone‚Äôs had a different path. I don‚Äôt think you should compare yourself to anyone else because everyone is in a different situation.¬†

‚ÄúI think what is most important to me is to be competitive week-in and week-out ‚Äď not winning a race one week and then not finishing. It will take time to get comfortable with everyone here ‚Äď all the new people, a new crew chief, stuff like that.¬†

‚ÄúIt‚Äôs just a matter of time before finding our niche.‚ÄĚ

For now, that means spending a good part of the early part of the 2020 season in Daytona Beach, Fla., becoming familiar with the teams with which she will compete while also trying to become comfortable with her fellow competitors.

‚ÄúAt this test, the bottom line is to get comfortable and get a good baseline set-up and figuring out where we are in compared to some of our competitors.‚ÄĚ

Do You Want To See A Good NASCAR Race, Or Wrecks, Or Both? – Forbes