How NASCAR Plans To Race From The Heat – Forbes 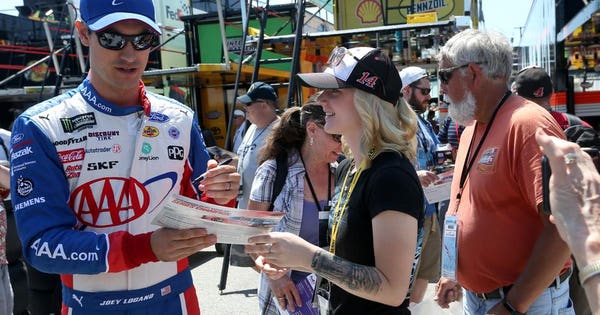 The NASCAR Cup Series makes its annual stop this weekend in Loudon, N.H., which is the site of its northernmost race track but will feel on Sunday much more toasty, like, say, Darlington, S.C. The predicted high temperature for Sunday is 96 degrees, with just a 20% chance of rain.

A NASCAR spokesman said Friday that the organization does not recall a race being postponed because it is too hot. There have been, in fact, races run recently in even hotter temperatures. It was 98 degrees at the start of a race in Las Vegas last September. New Hampshire usually offers a delightful respite, but the entire Northeast will be bathed in heat Sunday.

The Las Vegas race started at noon local time, and NASCAR made the correct decision to move the race to a late-afternoon start this year. The race at New Hampshire will start at about 3:15 p.m. ET on Sunday, instead of earlier in the afternoon, as it did in the old days.

Although drivers are stuck for three hours inside non-air-conditioned cars that can top 120 degrees, NASCAR races in hot temperatures. Unless it rains, there is virtually no chance that the race will be postponed, which means fans at New Hampshire can‚Äôt use the track‚Äôs Weather Guarantee.

The guarantee, which is offered at all Speedway Motorsports Inc. tracks, says that if weather forces the postponement of a race and a ticket-holder can‚Äôt attend on the rescheduled date, SMI provides a ticket credit to a future event at any SMI speedway.

But ticket-holders appear to be stuck Sunday, along with the drivers. So New Hampshire Motor Speedway, where the average high temperature in July is a delightful 83 degrees, has a plan for fans to cope with the heat.

Kristen Lestock, a spokeswoman for NHMS, wrote in an email Friday, ‚ÄúThere will be cooling stations and ‚Äėmisters‚Äô behind the grandstands. There are several shaded areas in open tents that we will make available to the fans.

‚ÄúWe are also encouraging our fans to prepare for the weather conditions before they leave the house. That includes sunscreen, hats and light clothing. Coolers are allowed in the grandstands so fans should stock up on water to stay hydrated.

‚ÄúWe have also ordered extra Dasani water to be sold in the concession stands for their convenience. Lastly, our souvenir store is selling cooling towels.‚ÄĚ

The race at NHMS was attended by a sparse crowd last year after the start was delayed because of rain. The race turned out to be one of the most memorable of the season, because Kevin Harvick nudged aside Kyle Busch near the end to win an exciting race.

Not many people associate New Hampshire with horrendous, record-setting heat. There used to be two Cup races annually at NHMS, in fact, one in July and the other in September. The September race in 2001 was postponed because of the 9/11 terrorist attacks.

NASCAR rescheduled the race to Thanksgiving weekend and made it the season finale because it had no earlier open dates. Temperatures made it only to about 50 degrees for the race, which Robby Gordon won after 2001 champion Jeff Gordon started from the pole.

Until the economic downturn a decade ago, New Hampshire drew sellout crowds of 100,000 or more. In 2008, a crowd of 101,000 was announced — the track‚Äôs 27th straight sellout — but there were large patches of empty seats. Capacity has been since reduced to 88,000.

After the 2017 season, SMI moved the second yearly New Hampshire race to Las Vegas, but one race is scheduled for NHMS because it is the only Cup track in New England, where the temperatures are usually cooler than everywhere else in July.

Not this year. But the cars will run anyway, and the fans will also take measures to avoid becoming overheated.