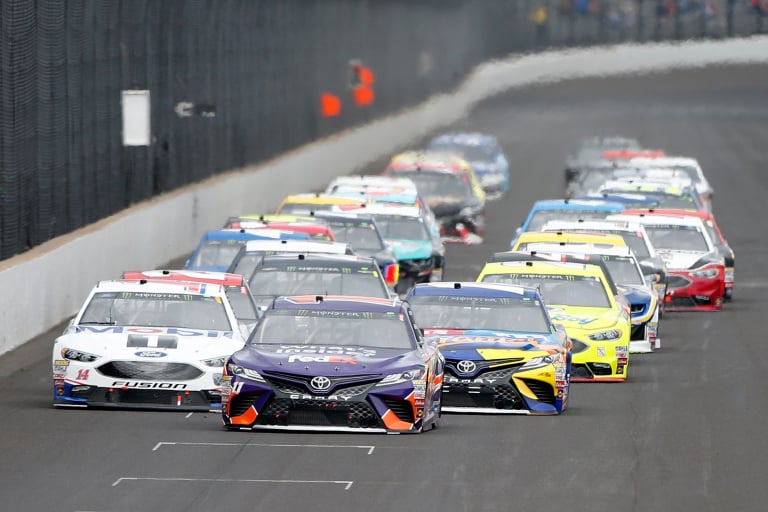 This weekend, NASCAR returns to the famed Indianapolis Motor Speedway. The 2.5-mile oval is set to host the final round of the NASCAR regular season.

The NASCAR race weekend will serve as a double-header in Indianapolis, Indiana. Both the Monster Energy NASCAR Cup Series as well as the NASCAR Xfinity Series are on the ticket.

It‚Äôs race number 26 of the 36 race NASCAR schedule. The final NASCAR Cup Series race before the playoffs begin. 10 drivers are locked into the playoffs with a race win. 6 more will make it in on points alone.

NASCAR Rules Package for Indianapolis: The 550hp engine is in play this weekend. This is in addition to a larger rear spoiler, larger front splitter and aero ducts. None of which were used in the previous trip to the rectangle race track.

IMS Entries (MENCS): 40 (All cars will qualify for the race).