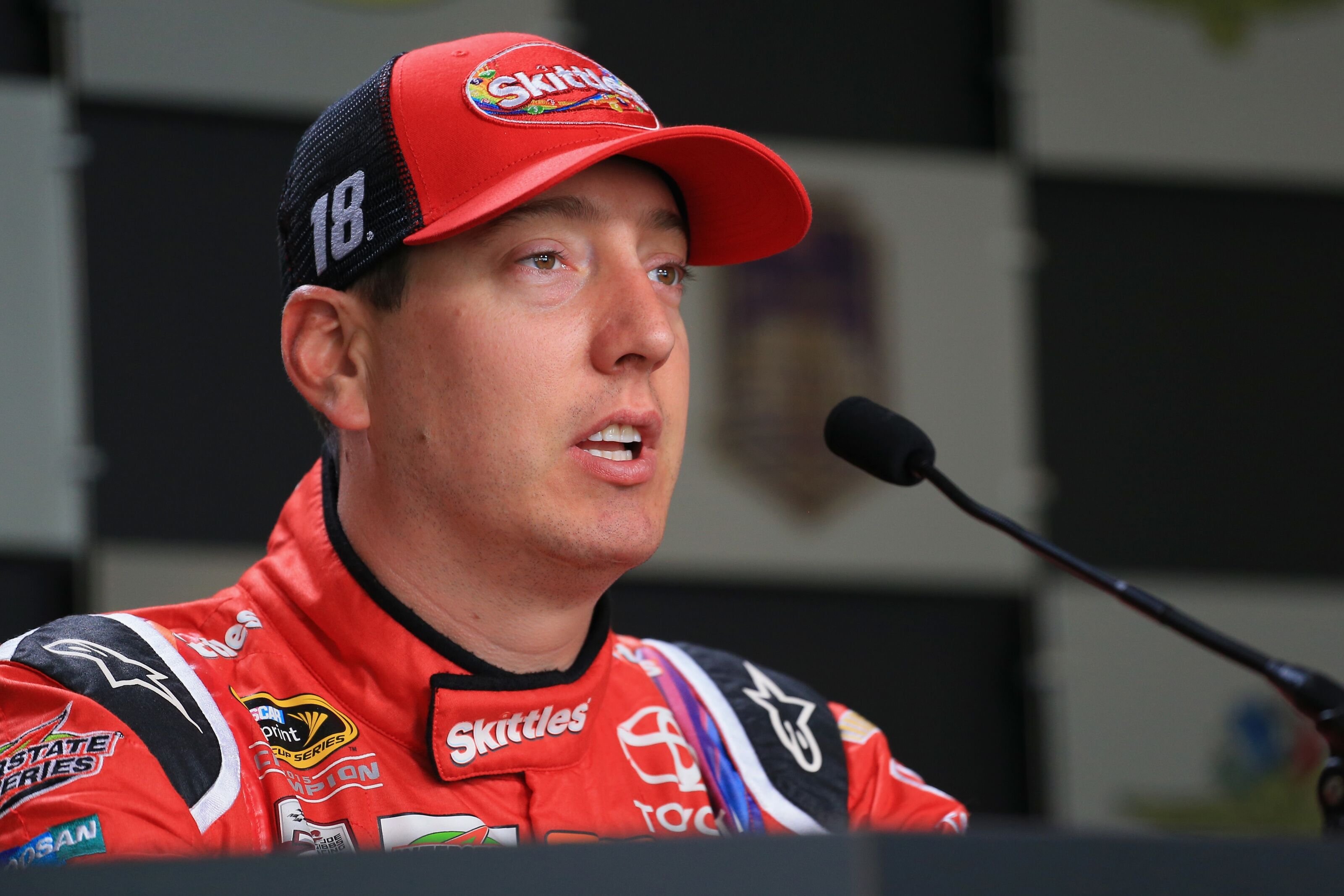 Ed Carpenter Racing team owner Ed Carpenter has expressed an interest in signing two-time NASCAR Cup Series champion Kyle Busch for the Indy 500. But is this a legitimate possibility for this year at this point?

Ed Carpenter Racing, known especially for bringing their A-game to Indianapolis Motor Speedway for the Indianapolis 500 every May, have never fielded more than three cars for the ‚ÄúGreatest Spectacle in Racing‚ÄĚ, the crown jewel race of the IndyCar schedule.

They already have three drivers lined up to compete in the 104th running of the race around the four-turn, 2.5-mile (4.023-kilometer) superspeedway in Speedway, Indiana this May.

Rookie Rinus VeeKay is the team‚Äôs lone full-time driver and is set to pilot the #21 Chevrolet. Team owner Ed Carpenter, as he has done since the 2014 season, is set to drive the #20 Chevrolet only in the oval races. Conor Daly, the driver of the #20 Chevrolet in the road and street course races, is set to be in an additional car.

But is an expansion to four cars possible in 2020?

Carpenter has expressed an interest in adding two-time and reigning NASCAR Cup Series champion Kyle Busch to his team‚Äôs lineup for this race.

Busch, who signed a multi-year contract extension with Joe Gibbs Racing last February to continue driving the #18 Toyota for at least the next three Cup Series seasons, has never previously competed in the Indy 500, or in any IndyCar race, but he now officially has approval from Joe Gibbs and Toyota to do so.

However, Toyota will only allow him to drive a Chevrolet-powered car, limiting his options right off the bat.

While he does drive against Chevrolet drivers and teams on a full-time basis in the Cup Series, the only two engine manufactures in America‚Äôs premier open-wheel racing series are Chevrolet and Honda, and Toyota do not want him representing Honda given their status as a global rival.

Team Penske would naturally be the most attractive option, as they are the only Chevrolet team to win a race since the 2016 season ended and they have visited victory lane 25 times in the 51 races that have been contested since then. They have also won the last two and three of the last five Indy 500s.

But team president Tim Cindric has already completely ruled out the possibility of adding a fifth car for Busch. However, the second most attractive, and quite a close second considering we‚Äôre talking solely about Indy, would be Ed Carpenter Racing.

Could a deal be in the works?

Here is what Carpenter had to say about his interest in Busch, according to RACER.

‚ÄúIt‚Äôs something that I would be interested in. Kyle and I have talked over the past couple of years. I think it would be a great thing for him to come do it. His brother did an outstanding job and showed that those guys given the right situation, the right cars, teammates, etc., that they can adapt very quickly. I‚Äôve no doubt that Kyle could come and do a great job. So I have no problems seeing him come. I would be happy to have him as part of our team in the right time and place.

However, he clarified that the 2020 season doesn‚Äôt appear to be the right time and place and thus is not all that likely at this point.

‚ÄúI would say it‚Äôs highly unlikely that that would happen for us in 2020, just because of where we are with our program. ‚Ä¶ Anytime we‚Äôve added anything, I always want to make sure that we‚Äôre doing it for the right reasons and that it‚Äôs going to help the entire effort. ‚Ä¶ It‚Äôs something that I‚Äôm following. I would definitely be open to it in the future. I think the timing of his saying he‚Äôs available and whatnot was probably a little too late for us. But you never know down the road.‚ÄĚ

Carpenter notably did add an entry for former fan-favorite IndyCar and NASCAR driver Danica Patrick for a highly publicized return to the Brickyard in 2018 after she spent nearly seven years away from IndyCar, but that entry was only the team‚Äôs third.

As for Busch, an Indy 500 entry would make him just the fifth driver to attempt the Memorial Day Double and the first since brother Kurt did it in 2014.

Kurt Busch drove for Andretti Autosport at Indy and finished in sixth place on debut before flying down to Charlotte Motor Speedway to compete in the Coca-Cola 600 in his role as a full-time Cup Series driver for Stewart-Haas Racing later that night, a night that ended early for him with a mechanical failure.

Next: Top 10 Indianapolis 500 drivers of all-time

The 104th running of the Indianapolis 500 isn‚Äôt scheduled to take place until Sunday, May 24, which is still more than three and a half months away, but there are already nearly 33 confirmed entries for this race, and that number should continue to rise over the next couple of months. Will Kyle Busch solidify his plans, or lack thereof, anytime soon?