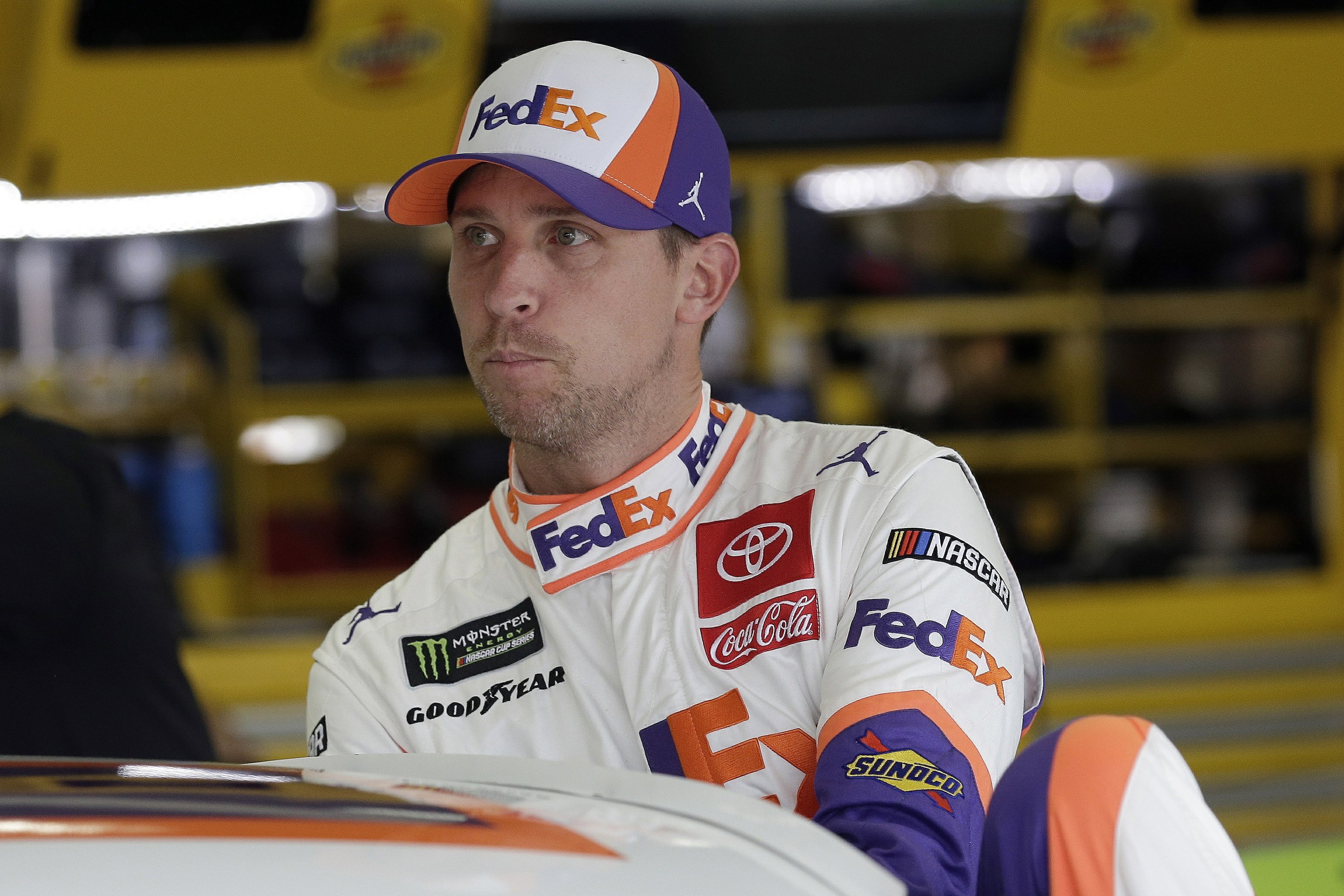 AVONDALE, Ariz. (AP) ‚ÄĒ Denny Hamlin thought he was the favorite to win NASCAR‚Äôs championship but now finds himself in danger of not even making it to the title round.

Chase Elliott is fairly certain he‚Äôs backed himself into such a hole that his only chance at a championship is by winning Sunday in the penultimate race of the season.

There‚Äôs two spots left to claim in next week‚Äôs title-deciding race and six drivers jockeying for the position and an added wrinkle headed into Sunday at ISM Raceway outside Phoenix is a brewing controversy over drivers deliberately spinning the last two weeks and altering the outcome of others‚Äô races.

Joey Logano spun two weeks ago at Martinsville Speedway with a flat tire and brought out a race-saving caution for the reigning NASCAR champion. Many questioned if he deliberately helped himself.

Then Bubba Wallace spun at Texas last weekend and the caution ruined the race for title contender Kyle Larson. He complained after that Wallace‚Äôs spin was intentional and NASCAR needs to act when a driver deliberately causes a caution.

‚ÄúI understand it‚Äôs a judgment call, but there‚Äôs so much data out there now that I don‚Äôt think it‚Äôs as much of a judgment call as people think it might be,‚ÄĚ Larson said Friday, adding his Chip Ganassi Racing team had pulled Wallace‚Äôs data from last Sunday and is convinced Wallace spun to help himself.

‚ÄúI know people say Joey spun out on purpose at Martinsville but I don‚Äôt think he did. We looked at Bubba‚Äôs data and you can definitely see him swerving, he turns right and then at the same time he turns left and stabs the throttle and spins out. It‚Äôs whatever at this point.‚ÄĚ

What should be a self-policing issue outside of NASCAR‚Äôs reach has now turned into the hottest topic of this third round of the playoffs. Clint Bowyer in 2014 intentionally spun during the final regular season race to help then-teammate Martin Truex Jr. make the playoff field ‚ÄĒ an action that set in motion a chain of events that created one of the biggest cheating scandals in at least 20 years.

NASCAR strongly penalized teams involved and made clear that integrity and honesty was being closely monitored, more so in the playoffs.

Now the issue has come roaring back with drivers split on what NASCAR should do.

The title contenders are trying to stay out of the issue while hoping it doesn‚Äôt change the course of racing this weekend or in the Nov. 17 finale at Homestead-Miami Speedway.

‚ÄúIt‚Äôs been getting pretty popular to have a flat tire and spin out on purpose. It‚Äôs definitely not good, it could affect a championship race,‚ÄĚ said Truex. ‚ÄúIf last week were Homestead, a lot of people would be pretty upset.‚ÄĚ

Truex and Kevin Harvick are the only two drivers locked into the finale, while regular season champion Kyle Busch and Logano are both above the cutline before Sunday. Hamlin had a huge drop in the standings after he spun through the infield grass and Texas and dropped below the cutline.

Now he‚Äôs unsure how to save his season ‚ÄĒ he‚Äôs won five races, including the Daytona 500 ‚ÄĒ but could not be among the title contenders next week.

‚ÄúNo matter what, I will not consider this year any sort of a failure,‚ÄĚ Hamlin said. ‚ÄúAs Mark Martin would say ‚ÄėWe just didn‚Äôt score enough points.‚Äô We had a great year, we won races, we led more laps than we have in a long time … it‚Äôs been a really good year and I‚Äôm just not going to let the outcome of this weekend, or last weekend, decide whether it‚Äôs a good season or not.‚ÄĚ

Elliott has the same mindset after crashing early at Texas to ruin his race and likely his title hopes.

‚ÄúI hate that I messed up last week as bad as I did, there‚Äôs really no excuse for that,‚ÄĚ Elliott said. ‚ÄúBut we‚Äôre in the position we‚Äôre in, we‚Äôre there, it‚Äôs reality and we certainly will have to win to have a shot next week.‚ÄĚ