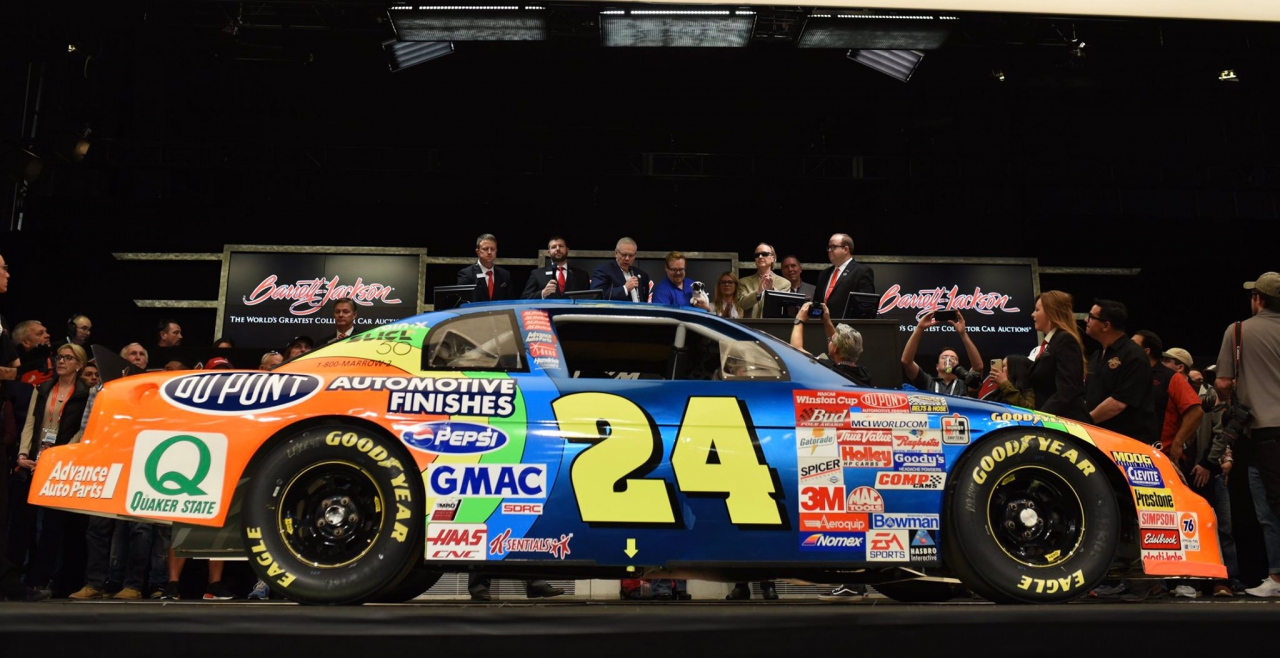 A piece of NASCAR history has been sold at the Barrett Jackson auction in Scottsdale, Arizona

In 1997, Jeff Gordon claimed his first career road-course victory in the NASCAR Winston Cup Series. The August 10, 1997 win was the first of many to come.

In 1999, the car was purchased directly from Hendrick Motorsports.

Gordon went on to collect four NASCAR championships, including one in 1997. 93 NASCAR Cup Series wins are credited to his name with 805 total races run.

The driver retired from full-time racing following the 2015 season.

Over the weekend, the car hit the auction block. It rolled across the carpet at the Barrett Jackson show in Scottsdale, Arizona.

This car is part of the legendary sweep. In fact, itŌĆÖs the car that Gordon used to claim his first career road course win at Watkins Glen International.

The car is fitted with a 348ci Chevrolet V8 engine making an estimated 650bhp, mated to a 4-speed manual transmission and fitted with road-course-prepared suspension and brakes.

The car is actually a 1996 chassis. It made itŌĆÖs debut in the at Watkins Glen on August 9, 1996. It returned at Sonoma the following year to finish 2nd before winning the Watkins Glen event later that year.

The sale was a charity auction. The entire sale price has become a donation to the Arizona Animal Welfare League, ArizonaŌĆÖs oldest no-kill animal shelter.

Rick Hendrick says Gordon will take over at Hendrick Motorsports