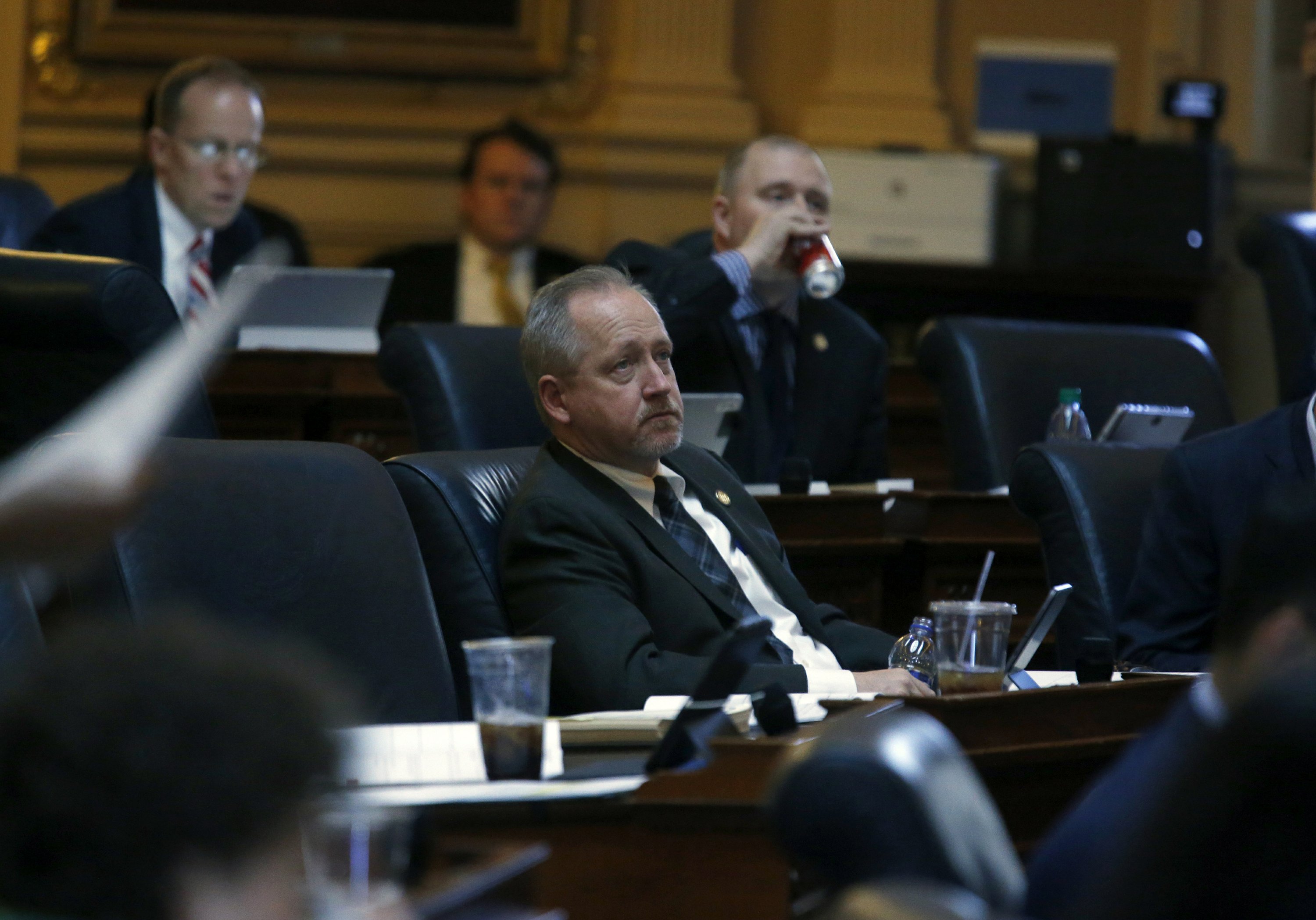 RICHMOND, Va. (AP) ‚ÄĒ For a year and a half, a Virginia mother of seven young girls has been frustrated by repeated delays in the domestic violence case against her estranged husband because his defense lawyer exercised a privilege that most other attorneys don‚Äôt have.

Nine separate times, court records show, the appeals trial for her former NASCAR driver husband has been delayed because his attorney, Republican state lawmaker Jeff Campbell, signaled he was too busy with legislative business to go to court.

Attorneys who serve in Virginia‚Äôs General Assembly or work there have broad discretion to obtain continuances in their cases ‚Äúas a matter of right‚ÄĚ under certain conditions.

But Miranda McClure says Campbell, an attorney in private practice from southwest Virginia, is abusing that privilege to drag out the case amid a divorce and wear her down.

‚ÄúThis whole process has just been a nightmare,‚ÄĚ said McClure, who testified against her husband when he was convicted in a lower court of misdemeanor assault and battery against her and has been preparing to testify again.

Lawmakers‚Äô continuance privileges have drawn criticism in other cases in Virginia and elsewhere. The late Del. William Robinson Jr. of Norfolk was accused in the 1990s of abusing the statute.

Court records obtained by The Associated Press through a public records request, which cover a sampling of Campbell‚Äôs work, show the privilege has been invoked in at least 30 of his cases since late 2016. In many cases ‚ÄĒ including ones involving drug possession and abduction ‚ÄĒ Campbell has used the privilege multiple times. Other documents show he has invoked it in a civil case involving child-support payments.

‚ÄúThe record is what the record is,‚ÄĚ Campbell said, in response to questions from AP.

In the McClure case, Campbell said, each continuance was requested for good reason. Some were requested because his client and Miranda McClure were involved in a negotiation settlement, he said.

Miranda McClure confirmed that negotiations are ongoing in their divorce but said she had no intention of asking the commonwealth to drop the criminal charge.

She said her husband, Eric McClure, was abusive throughout their marriage. Eric McClure made 288 starts over 14 years in NASCAR‚Äôs second-tier Xfinity Series but suffered racing injuries that forced him to give up driving after the 2015 season. He‚Äôs made one start since and has battled health issues. The AP was unable to reach McClure by phone, and a relative declined to comment on his behalf.

Miranda McClure said he was convicted in juvenile and domestic relations court after he choked and hit her in front of their children. She said her 9-year-old daughter called 911. An officer arrived to find the mother with a handprint on her face, according to a criminal complaint.

Assistant Smyth County commonwealth‚Äôs attorney Brendan Roche said his office didn‚Äôt object to the first few continuances in the McClure case. They then started to object, but state code gives legislator-lawyers broad permission to use the privilege.

‚ÄúWe would like to get the case taken care of ‚ÄĒ both for our benefit and the victim‚Äôs benefit,‚ÄĚ Roche said.

Virginia court records cannot be comprehensively searched for every instance in which a legislator-lawyer uses the privilege. But in the limited set of records obtained by AP, Campbell appears more than any other attorney or legislator-lawyer. Those records cover only circuit court cases and don‚Äôt include two large northern Virginia jurisdictions that use their own case-management systems.

The attorney-lawmaker with the second-highest number of cases with continuances is Republican Del. Terry Kilgore, another southwest Virginia Republican. He was involved in a dozen cases where a continuance was used since 2017, the records show.

Kilgore is representing Miranda McClure in her divorce proceedings and has not invoked the privilege in that case, according to the court clerk. Kilgore said using the privilege is sometimes necessary because of where he lives – over five hours from the capital. Campbell‚Äôs law office in Marion is over four hours from Richmond.

State code says lawmakers are entitled to the continuances 30 days before or after a session. But the the General Assembly didn‚Äôt technically adjourn several special sessions in 2018 and 2019 ‚ÄĒ enabling Campbell and other lawmaker-attorneys to use the privilege even when no legislative work was ongoing.

Campbell‚Äôs use of the continuances was first reported by Virginia Lawyer‚Äôs Weekly and the Smyth County News & Messenger, which have covered how Campbell used them to delay an open-government case against the Smyth County Board of Supervisors.

‚ÄúLegislators have no special claim that court appearances are more inconvenient to them than to all sorts of other busy people doing important jobs,‚ÄĚ Brown wrote via email.

William Raftery, an analyst at the National Center for State Courts, said his group has never attempted a definitive look at the use of such legislative privileges in all 50 states. But at least 17 others have similar provisions, he said.

Steven Benjamin, a Richmond defense attorney and past president of the National Association of Criminal Defense Lawyers, is entitled to use the continuance privilege because he also works as special counsel to a Senate committee but said he rarely does. Still, he called the provision essential.

Without it, ‚Äúthere would always be a tension between an attorney‚Äôs public service as a member of the legislature and her professional responsibilities,‚ÄĚ Benjamin said.

Miranda McClure said the process has left her exhausted and that the privilege needs a second look.

‚ÄúYou just feel like the justice system is failing you,‚ÄĚ she said.