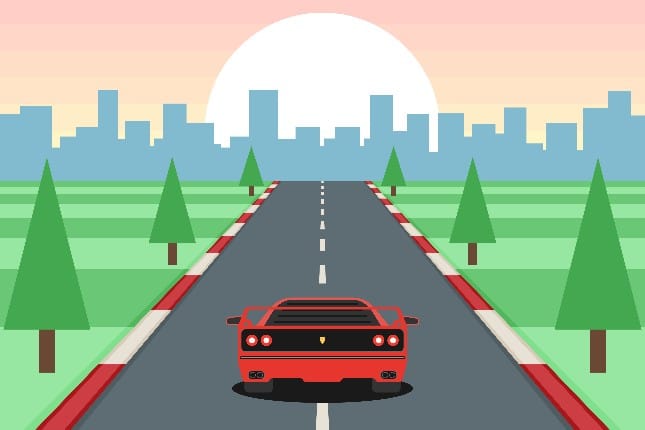 Nowadays, eSports (competitive video gaming) is a huge business — many people spectate video game players as if they were professional athletes. I wouldn’t be surprised to one day see video games in the Olympics.

For whatever reason though, eSports largely consist of first and third person shooters. With that said, racing games, or “eracing,” are starting to gain in popularity, however, with some gamers building in-home racing rigs, with car seats, steering wheels, and pedals. Now, Logitech G and famed¬†NASCAR driver William Byron are joining forces to promote eracing. Byron also owns an eracing team on iRacing.com.

“The 22-year-old NASCAR champion (Xfinity Series, 2017), often referred to as one of the most underrated drivers in the garage, will become the official ambassador for Logitech G simulation racing, which includes the Logitech G Challenge, along with Logitech G‚Äôs products and innovative technologies. Byron will work exclusively with Logitech G to help promote the growing sport of eracing,” says Logitech G.

The company further explains, “In addition, Logitech G will become an official and category exclusive title sponsor of William Byron eSports. The Logitech G logo will be represented on the No. 25 Chevrolet driven by Nick Ottinger for the 2020 eNASCAR iRacing World Championship season.”

William Byron says the following on the partnership.

Every young driver is a gamer at heart, for me it started when I was a kid racing in my bedroom using Logitech G‚Äôs steering wheels. For me, playing games in my room and then going on to compete on the iRacing circuit played a key role in becoming the racer I am today, and it continues to evolve into an integral part of the work we do today.

Now starting my own team and working with Logitech G to make it happen, is a dream come true. This is a great way for me to give back to a community that helped to launch my own career. Logitech G is the perfect partner, as we both share the same passion for racing and innovation. Most importantly we‚Äôre both invested in the future of eracing. Together we‚Äôre going to inspire others to follow their passion for racing.

Do you think eracing will ever be as popular as shooting games in the eSports community? Can you see yourself spectating a virtual racing game? Please tell me in the comments below.