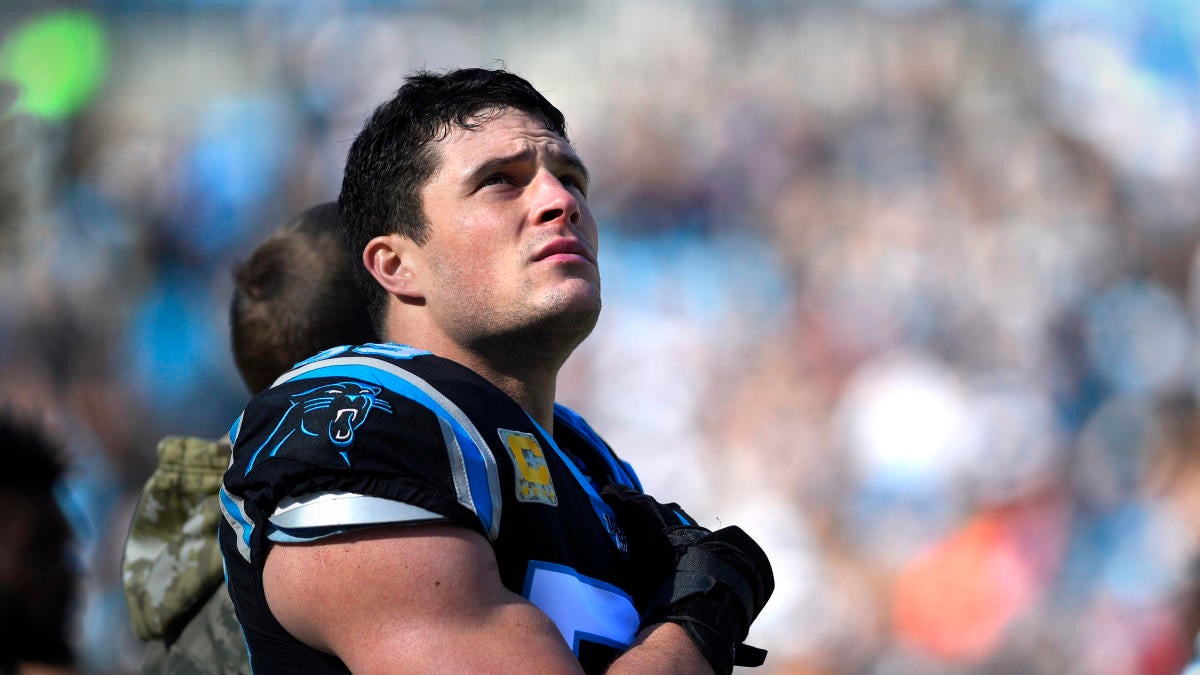 Not everyone is saddened by Luke Kuechly’s unexpected decision to retire from the NFL. The 28-year-old announced he’s walking away from football after only eight seasons played, but he’ll do so with a list of honors in tow. Some ponder just why a seven-time All-Pro would call it quits, but even without Kuechly saying it formally in his announcement video, it’s well-known he’s battled his way back from several concussions the last few seasons.

That’s something Dale Earnhardt Jr. knows all too well, for although the NASCAR legend never suited up in the NFL, he suffered more than his fair share of concussions as a driver in one of the most dangerous sports on Earth. Like Kuechly, Earnhardt Jr. decided to retire at a young age (relative to his sport) in 2017, and the fellow North Carolinian applauds the former linebacker for the courage it took to walk away from something he loves so dearly.

Speaking with ESPN.com, Earnhardt Jr. explained why we should all salute Kuechly — instead of asking him to reconsider.

“When you get in those types of situations that he was in, you have to make some difficult choices, and I think he made the right one,” Earnhardt said, via Pro Football Talk. “I feel like that a lot of people can learn from that. I think he set an amazing example for a lot of young folks to follow. … I’m sure he would have loved to have played longer, but he’s made some amazing, great choices for himself and for his family and his future.┬Ā

“And he feels strongly about that decision. All you can do is support that. … You have to want to support his decision.”

Kuechly leaves the NFL as one of the best linebackers to ever play the sport, and will find himself in the Panthers Hall of Honor in short order. A seven-time Pro Bowler and three-time Butkus Award winner, the number of notches under Kuechly’s belt puts him in the discussion for the Pro Football Hall of Fame, once he becomes eligible in five years following his retirement.

A tear-filled Kuechly doesn’t want to leave the game of football, but with what’s now known about concussions and CTE, he likely felt it best to no longer take the risk. It’s the science behind concussions that’s led to the league making sweeping changes to combat them, but there’s simply no way to legislate them out of a collision sport as brutal as football.

Earnhardt Jr. is thankful for the awareness decisions like his and Kuechly’s will bring to the issue.┬Ā

“When you see what Luke’s doing and making the choices he’s making, it’s obvious that we’re all a lot better off because of what we’ve learned as a society over the last decade,” Earnhardt said. “It’s good for our competitors today, no matter what sport you’re playing. It’s great for our veterans and guys who have retired because the science is just improving for everybody to diagnose and treat even years and decades after your playing days.┬Ā

“You can still improve your quality of life, and that makes me really, really happy.”