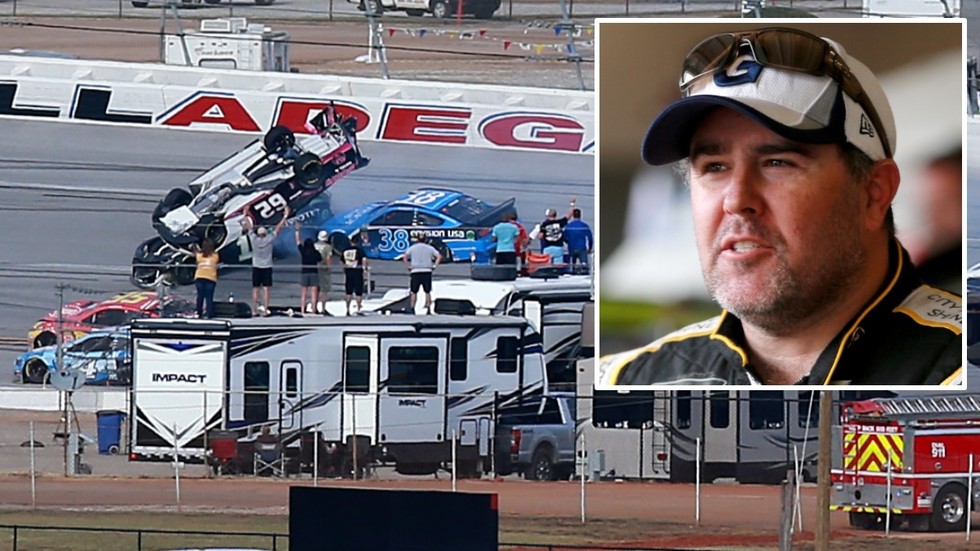 Beard Motorsports driver Brendan Gaughan was as calm as can be as he assured his mother that he was in fine health after his car flipped before landing upright during a high-speed accident at the Talladega Superspeedway on Monday.

The mutiple-car accident occurred with just seven laps remaining in the 1000Bulbs.com 500 as¬ÝGaughan‚Äôs No. 62 car lost control and veered into the center of the track, where he was unintentionally sideswiped by another driver.

The collision sent his car airborne where it flipped over and landed on its wheels, miraculously escaping potentially serious injury in the process.

“Listen, I’ve said for years in off-road we flip a lot. The easiest thing you can do in race car is go upside down, so that’s the nicest thing about it.

“Oh here we go,” he continued while looking at a replay of the crash.

“See, I don’t even know what happened. I just know that Brad (Keselowski) was pushing the crap out of me – and I loved it.

“I stuck the landing … but I didn’t keep it straight. We ran a great strategy, it was awesome. 62 was in front for a second.

When all was said and done it was¬ÝRyan Blaney who crossed the line first to take the checkered flag but one suspects that the race may well be defined by the gravity-defying acrobatics performed by¬ÝGaughan towards the race’s conclusion.