NASCAR: 2020 a make or break season for Natalie Decker – Beyond the Flag 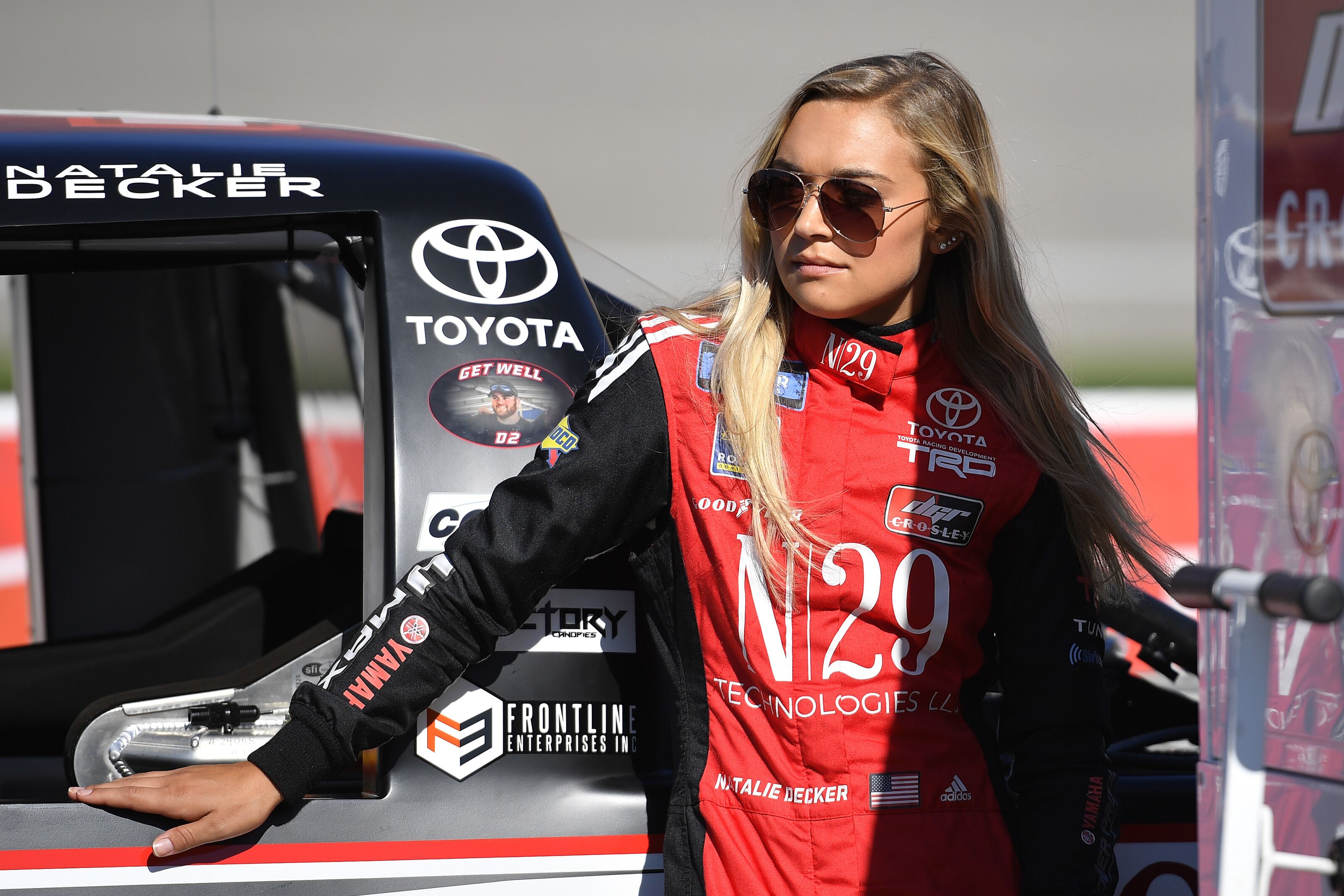 Natalie Decker is set to compete part-time in the NASCAR Truck Series again in 2020, this time with Niece Motorsports, and it is set to be a make or break year for her.

After competing full-time for Venturini Motorsports in the 2018 ARCA Menards Series, Natalie Decker was promoted to the NASCAR Truck Series as a part-time driver for DGR-Crosley for the 2019 season.

She competed in 19 of the 23 races on the schedule, but her season was fairly disastrous as a whole. She finished only 10 of these 19 races, doing so on the lead lap only once, and her best finish was only a 13th place result at Las Vegas Motor Speedway.

Meanwhile, rookie teammate Tyler Ankrum, who competed in only 18 races as a full-time driver since his age restricted him early in the season before he turned 18, qualified for the playoffs with a win and finished the season with three top five finishes, eight top 10 finishes and an average finish of 13.6, much better than Decker‚Äôs mark of 22.2.

In fact, all eight drivers aside of Decker who spent any time driving for DGR-Crosley in the 2019 season finished the season with a better average finish than she did.

Decker is set to return to the Truck Series in a part-time capacity in the 2020 season, but she is set to do so in fewer events and with a different team.

Given her change in teams, her smaller commitment to the series and the drivers with whom she is set to share her seat, the 2020 season will be a make or break year for the 22-year-old Eagle River, Wisconsin native.

All in all, Decker is still unproven in NASCAR, and nothing she has done since arriving has changed that.

It started in 2016, when she and cousins Paige and Claire all attempted to qualify for the Truck Series race at Martinsville Speedway. Paige and Claire qualified, while Natalie was the slowest of the six drivers who failed to do so.

Yet Paige and Claire haven‚Äôt competed in NASCAR on any level since 2016 and have made only a combined six starts, while Natalie is still being promoted up the ladder with top-tier teams.

Yes, Natalie did finish in seventh place in the 2018 ARCA Menards Series championship standings prior to her promotion to the Truck Series. But that seventh place finish came in a season during which there were seven full-time drivers.

So what makes the 2020 season so significant?

Chastain proved in 2019 that he is one of the best drivers in the Truck Series, qualifying for the Championship 4 with Niece Motorsports and finishing in second place in the championship standings despite the fact that he did not declare for Truck Series points until halfway through the regular season.

Will Decker even come close to matching Chastain‚Äôs results as a part-time driver in 2020, or will this comparison be as one-sided as it looks to be on paper?

Hocevar, unlike Decker, never had the opportunity to compete full-time in the ARCA Menards Series, but in his limited time in the series as a part-time driver in 2018 and 2019 driving for KBM Development, his results were far better than hers.

How will Decker‚Äôs numbers match up against Hocevar‚Äôs behind the wheel of the same truck in 2020?

Decker has the chance to prove her doubters wrong against one of NASCAR‚Äôs best and against an up-and-coming star. But at the same time, that chance could come back to bite her if these two drivers end up completely dominating her in the exact same truck.

It is also worth noting that Ty Majeski is slated to be Niece Motorsports‚Äô lone full-time driver, so how she compares to him in the eight races in which they share the track will be quite interesting as well.

Majeski has never competed full-time in any NASCAR series, but his success as a part-time driver, highlighted by three wins and three more top four finishes in six starts in the 2019 ARCA Menards Series season, speaks for itself.

Will Natalie Decker do enough in the 2020 NASCAR Truck Series season to warrant remaining in the series in 2021 and beyond? The season is scheduled to get underway in just over one week on Friday, February 14 with the NextEra Energy 250 at Daytona International Speedway in Daytona Beach, Florida. Fox Sports 1 is set to broadcast the race live beginning at 7:30 p.m. ET.