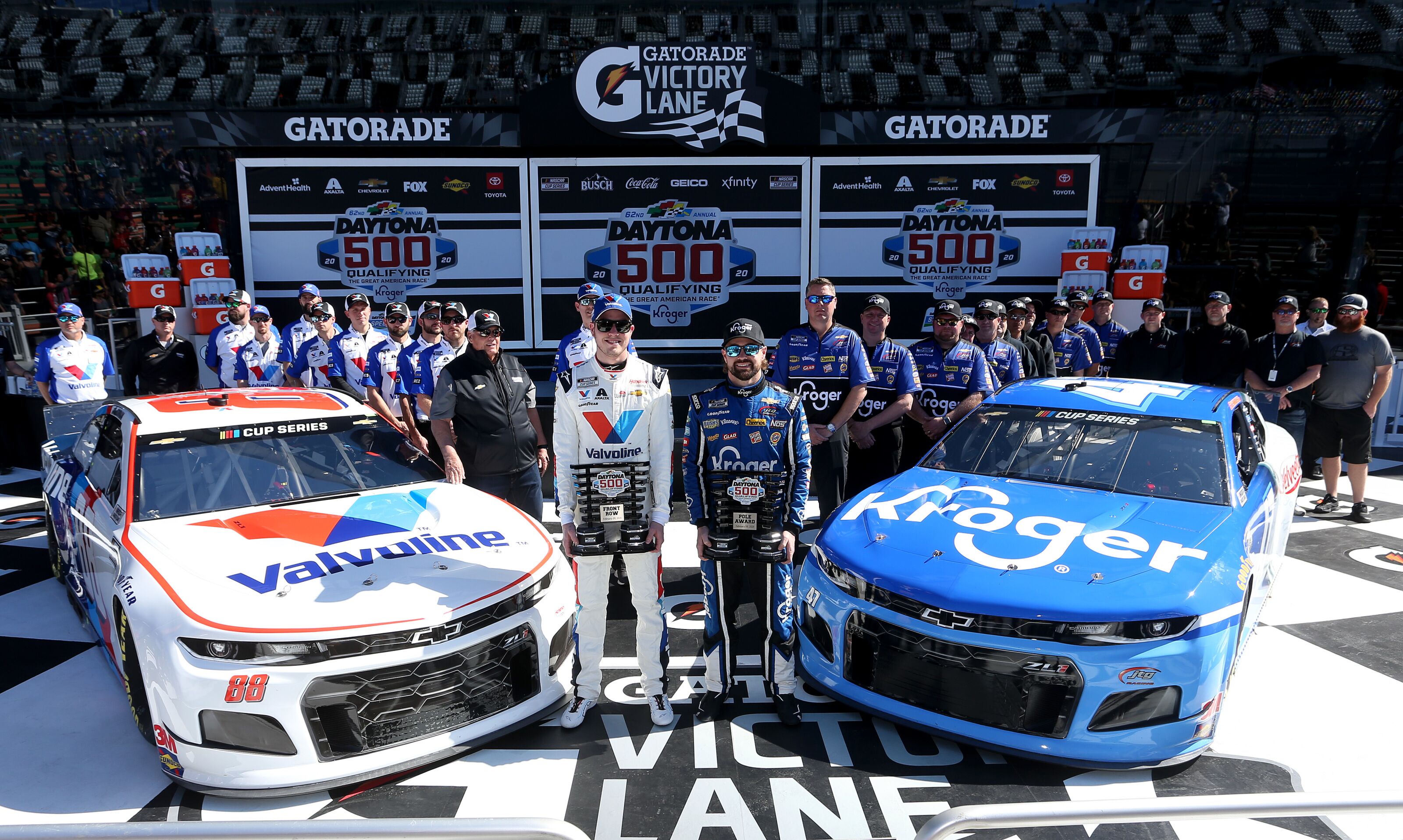 A total of 38 cars failed pre-qualifying inspection on Sunday morning before hitting the track for Daytona 500 qualifying to open up the 2020 NASCAR Cup Series season.

When the entry list for the 2020 NASCAR Cup Series season-opening Daytona 500 at Daytona International Speedway was officially released last week, it featured 43 drivers, meaning that three would ultimately not make the 40-car field.

Of these 43 drivers, the only one who did not make a qualifying attempt in Sunday afternoonŌĆÖs single-car qualifying session was Rick Ware RacingŌĆÖs B.J. McLeod. But McLeod entered the race as one of the 36 drivers piloting a chartered entry, meaning that he is locked into the field for this coming SundayŌĆÖs race regardless.

However, while 42 of these 43 drivers did end up completing their qualifying attempts, many of them did so after their cars failed inspection.

Before the single-lap runs around the four-turn, 2.5-mile (4.023-kilometer) high-banked superspeedway oval in Daytona Beach, Florida began, a whopping 38 of the 43 cars on the entry list failed inspection.

There is no penalty for failing inspection the first time other than going to the tail end of the line and starting again. After two failures, however, teams lose a crew member.

But in this case, NASCAR made an exception and allowed a second failure with no penalty, because they later revealed that a piece of inspection line equipment faltered, causing most teams to fail for a similar reason. They altered the rules so that after three failures, teams would lose a crew member; no teams failed three times.

According to Racing News, many of the failures had to do with rear spoiler angle, this coming after most of the teams that failed had passed the night before.

JTG Daugherty RacingŌĆÖs Ricky Stenhouse Jr. went on to take the pole position for next SundayŌĆÖs race, and Hendrick MotorsportsŌĆÖ Alex Bowman qualified alongside of him on the front row.

The remaining starting lineup for the 2020 NASCAR Cup Series season opener is set to be determined this Thursday, February 13 in the Bluegreen Vacations Duels, which are set to be broadcast live on Fox Sports 1 from Daytona International Speedway┬Ā beginning at 7:00 p.m. ET.

The 62nd annual Daytona 500 itself is scheduled to take place on Sunday, February 16, and it is set to be broadcast live on Fox beginning at 2:30 p.m. ET.