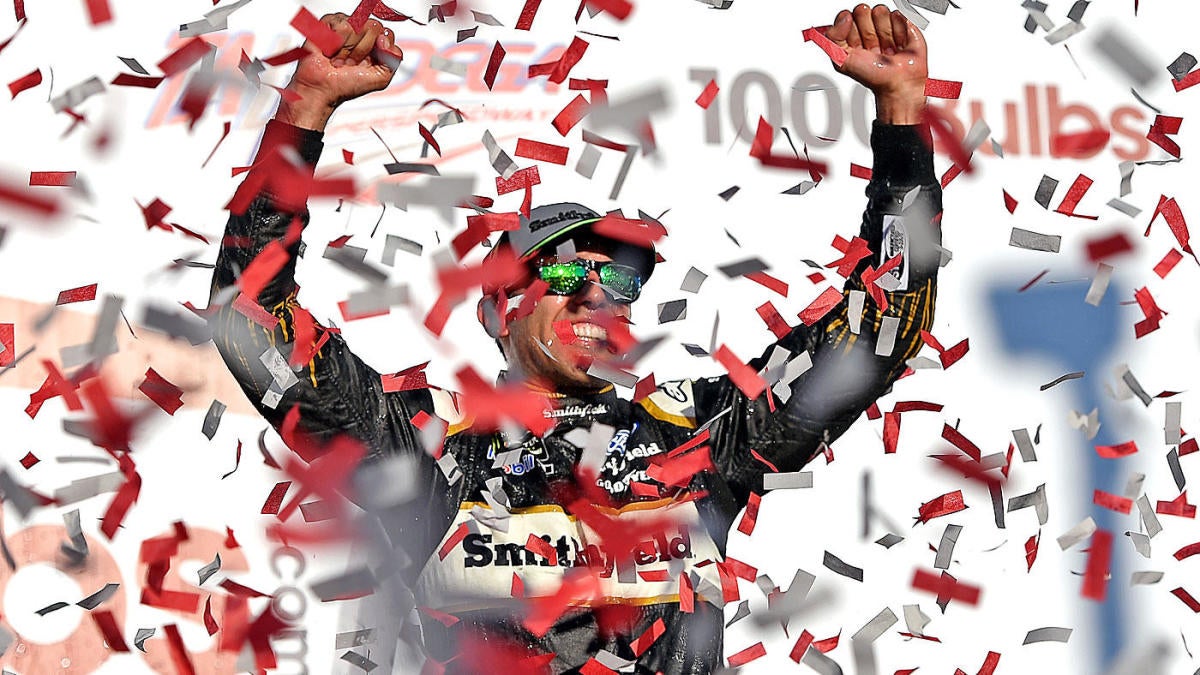 The 2019 Gander RV 400 promises plenty of excitement for NASCAR fans everywhere. Last year, Kevin Harvick claimed the NASCAR at Dover checkered flag and jump-started a dominant run that saw him record three consecutive victories. Now, he’ll look to defend his title at the Gander RV 400, which gets underway Sunday at 2 p.m. ET from Dover International Speedway. Kyle Busch enters Sunday’s 2019 NASCAR at Dover race as the favorite at 3-1 in the latest 2019 Gander RV 400 odds. Meanwhile, Harvick (4-1), Brad Keselowski (8-1), Martin Truex Jr. (8-1) and Joey Logano (8-1) are all going off at 8-1 NASCAR at Dover odds or shorter. Chase Elliott, who will start on the pole, opened at 12-1, but now is listed at 6-1. This year’s edition of the Gander RV 400 has an extremely talented field of drivers, so before you make any 2019 Gander RV 400 picks or enter a daily Fantasy NASCAR tournament on sites like FanDuel and DraftKings, you should see the NASCAR at Dover predictions from SportsLine’s proven computer model.

The model is off to a strong start in NASCAR this year, calling Daytona 500 champion Denny Hamlin a top-four contender from the start. It nailed eight of the top 10 drivers at the Pennzoil 400, which included putting winner Joey Logano in its projected top five. It also called Kyle Busch’s huge win at Bristol last month. Anybody who has followed its picks is way up.

McClure, who has a mechanical engineering degree, grew up around race tracks. Big events at iconic venues like Dover International Speedway are in his blood. Now, his model simulated the 2019 Gander RV 400 10,000 times and the results were surprising.

For NASCAR at Dover 2019, we can tell you the model is high on Aric Almirola, who makes a strong run at the checkered flag despite going off as a long shot at 18-1 NASCAR at Dover odds. Almirola finished ninth last week at Talledega and has seven top-10 finishes in 10 starts so far this season. That places him 11th in the 2019 Monster Energy NASCAR Cup Series standings. And the last time NASCAR ran at a one-mile track back in Phoenix, Almirola was a major factor, leading 26 laps before finishing fourth.

Stewart Haas Racing has Almirola’s Ford dialed in for this setup, and the 35-year-old is a serious threat to make a run for the checkered flag on Sunday for NASCAR at Dover 2019. He’s led laps in five of 10 races so far this season and if that trend continues, he’s bound to find his way to victory lane sooner rather than later.

One of the shocking 2019 Gander RV 400 picks from the model: Joey Logano, one of the top Vegas favorites at 8-1, barely cracks the top five. Logano finished outside the top five in this event last year and has been 10th or worse in six of his last eight events at Dover. There are far better values in a loaded 2019 NASCAR at Dover lineup.

The model is also targeting four other drivers with 2019 Gander RV 400 odds of 12-1 or longer to make a serious run at winning it all. Anyone who backs these long shots could hit it big.