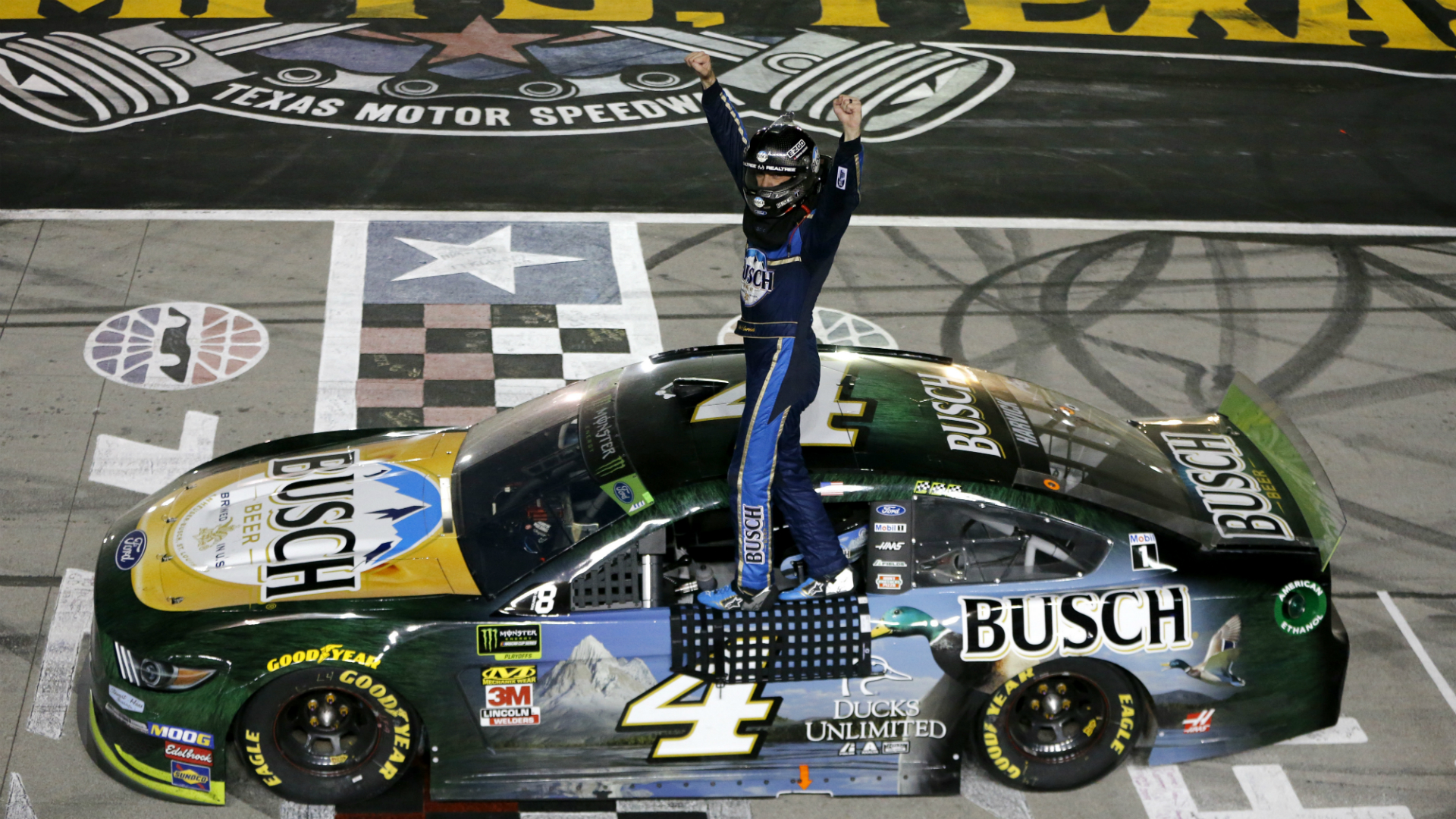 The AAA Texas 500 had six cautions in the first stage and took nearly four hours to complete Sunday, but after all that, the driver who started at the front of the pack finished there, too.

Kevin Harvick won from the pole at Texas Motor Speedway to secure a spot in the Championship 4. He fell back in the middle of the race before dominating late and closing out a comfortable win.

Harvick was leading after a disastrous first stage, which featured those six cautions in the first 81 laps, the most yellow flags of any Stage 1 this season. Many of the wrecks looked the same:┬ĀA driver would go high around a turn ŌĆö running onto the traction compound put on the pavement ŌĆö and then get loose and spin into the wall.

That happened first to Chase Elliott in the first 10 laps. His eventual 32nd-place finish means he will need to win next week’s race at Phoenix to extend his playoff run. The final caution of the first stage was for Denny Hamlin, who avoided hitting the wall but ended up in the infield instead. He finished 28th and is now 20 points below the cut line set by Joey Logano.

Logano was the only playoff driver other than Harvick to finish in the top five. Martin Truex Jr. ended the night in sixth, Kyle Busch in seventh and Ryan Blaney in eighth. Kyle Larson finished 12th.

Busch and Logano are in position to join Truex and Harvick in the Championship 4 entering the final race of the Round of 8. They are third and fourth in the standings, respectively, going into Phoenix.┬Ā.

Sporting News tracked live updates and highlights from the AAA Texas 500 at Texas Motor Speedway. Follow along below (all times Eastern):

7:04 p.m.: CHECKERED. Harvick wins with plenty of room to spare. Logano finishes in fourth, Truex in sixth, Kyle Busch in seventh and Blaney in eighth.

7┬Āp.m.: Harvick’s advantage is back up above four seconds as we near 10 laps to go.

6:25 p.m.: Harvick passes Suarez for second place and is quickly on the bumper of Almirola.

Not happy thoughts on Kyle Larson’s radio after Bubba Wallace brought out the caution, putting the No. 42 one lap down. #NASCARPlayoffs

5:56 p.m.: It takes a few laps after the restart, but Almirola eventually passes Suarez for the lead.

5:45 p.m.: CAUTION. On turn 2 after the restart, Garrett Smithley and David Ragan crash.

5:38 p.m.: CAUTION. After a clean second stage, the final stage goes under yellow quickly. Johnson loses it around a corner and hits the wall.

5:34 p.m.: William Byron and Daniel Suarez are battling for the lead after the restart.

5:28 p.m.: CAUTION. Almirola needs four tires before the final stage, so he’ll lose some spots. Logano and Larson both do the same.

5:21 p.m.: Busch falls back as the drivers who pitted catch up to him. Not a ton of playoff drivers among the leaders at the end of Stage 2.

5:07 p.m.: Aric Almirola takes over the lead from Johnson, who ents the pit.

4:47 p.m.: Jimmie Johnson and Alex Bowman are battling for the lead.

4:37 p.m.: CAUTION. Ryan Blaney only takes two tires on the post-stage stoppage and leaps to the lead, a spot ahead of Harvick.

4:30 p.m.: Harvick clears Bowyer for the lead in turn three of the final lap of Stage 1.

4:24 p.m.: CAUTION. Hamlin loses control and manages to avoid the wall but ends up in the infield instead. This has become a bit ridiculous: six cautions in the first stage.

4:11 p.m.: Bowyer leads off the restart, ahead of Harvick and Truex Jr. battling for second.

Pj1 so finicky. Lots of grip typically second half of race. Feels like ice first part. I like it when itŌĆÖs applicable and warm, but until then itŌĆÖs sketchy https://t.co/0FIg5RddjL

Same as itŌĆÖs been last couple years. Give it a bit of time. Once lappers and others move around it will get better. Not sure on tire compound, but that may be more of a heat/grip factor than pj1 https://t.co/8FBiM3SIdI

3:57 p.m.: CAUTION. That’s four in 54 laps. Ricky Stenhouse Jr. and Brad Keselowski both go into the wall on the same turn in quick succession. It is very risky to be high on the track around turns.

3:55 p.m.: Clint Bowyer and Jones are battling for the lead off the restart. Harvick is running in third.

3:31 p.m.: Harvick and Erik Jones will battle for the lead again off the restart.

3:30 p.m.: CAUTION. Just after the restart, a turn marker falls from the catchfence onto the track. The debris brings out the second yellow in the first 20 laps.

3:24 p.m.: CAUTION. Chase Elliott loses grip around a turn, spins into the wall and takes some severe damage about 10 laps in. He will likely face a must-win situation next week if he wants to keep his playoff run alive.