His nickname is “Rowdy,” after all. 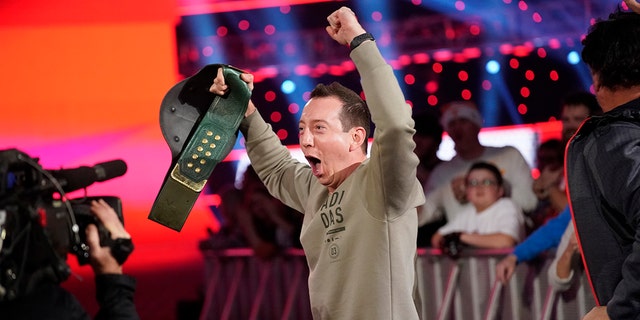 Reigning¬ÝNASCAR Champion Kyle Busch claimed the WWE 24/7 title on Monday night in Nashville when he pinned wrestler R-Truth outside the ring during Monday Night Raw.

The 24/7 belt must be defended anytime and anyplace the holder is challenged, as long as a WWE referee is present. 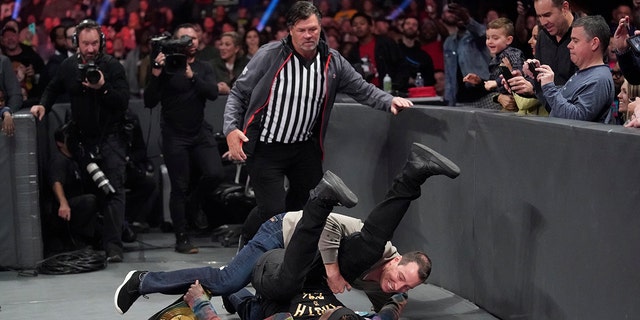 R-Truth had just gotten away from a group of wrestlers looking to take him on and hid in the Bridgestone Arena stands next to Busch and Michael Waltrip, who were in town for NASCAR Champions Week.

EXCLUSIVE: KYLE BUSCH WANTS TO WIN THE DAYTONA 500 NEXT

He then invited the drivers onto the floor to thank them when Waltrip unzipped his jacket to expose the referee‚Äôs shirt he was wearing underneath. 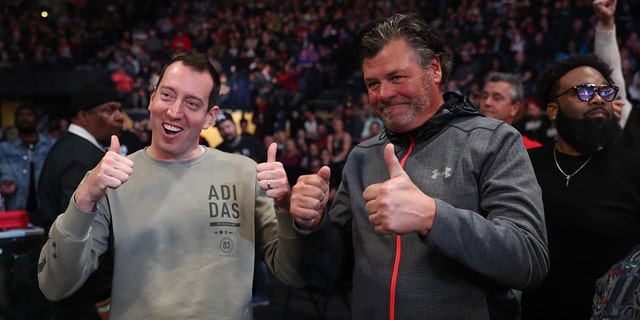 As R-Truth stood there in shock, Busch snuck up behind him, grabbed him from underneath and slammed him onto the floor where Waltrip counted out a pin.

After grabbing the belt, Busch left the arena in victory, but it was short-lived. According to NASCAR.com, R-Truth surprised him in the locker room and pinned him to reclaim the belt.