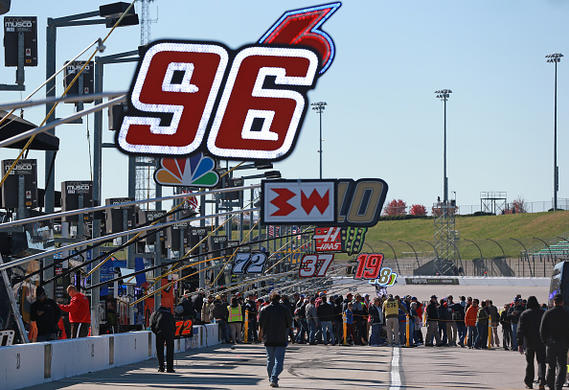 It‚Äôs elimination time again in the NASCAR playoffs for the Round of 12 as four drivers will be cut from the championship chase after Sunday‚Äôs race as it continues to the Round of 8. There might not be a better track to have as an elimination race at this point than Kansas with it‚Äôs wide racing surface and the multiple grooves that put it all in the driver‚Äôs hands. This is a 1.5-mile track with variable banking in the corners that ranges from 17 degrees of tilt down by the apron to 20 degrees up next to the wall. That means that if you‚Äôre up by the wall, you can carry more speed and momentum throughout the corner than on the bottom and that makes passing interesting as the race moves along. In the Spring race here, there were three different grooves that allowed for passing and much of the same is expected once again as the temps will be fairly similar and the package is the same.

The race is 400 miles in length and raced over 267 laps on Sunday with stages that are 80, 80, and 107 laps. In the last five Fall races here there has been one driver to lead over 100 laps in each one, but only once did that driver wind up winning in the end. Of the 27 Cup races run here overall since the track opened in 2001, six winners have come from the pole and no other spot has more than three winners from it, you can see that and plenty more info in the track breakdown for this week. There is also a podcast, full practice notes and practice to qualifying table up as well to check out.

This table gives you the average points scored and ranking across both DK and FD for the last five Fall races at Kansas strictly based on starting spot and regardless of what driver was in that spot. It is a tool and guide, but not a hard-and-fast rule.