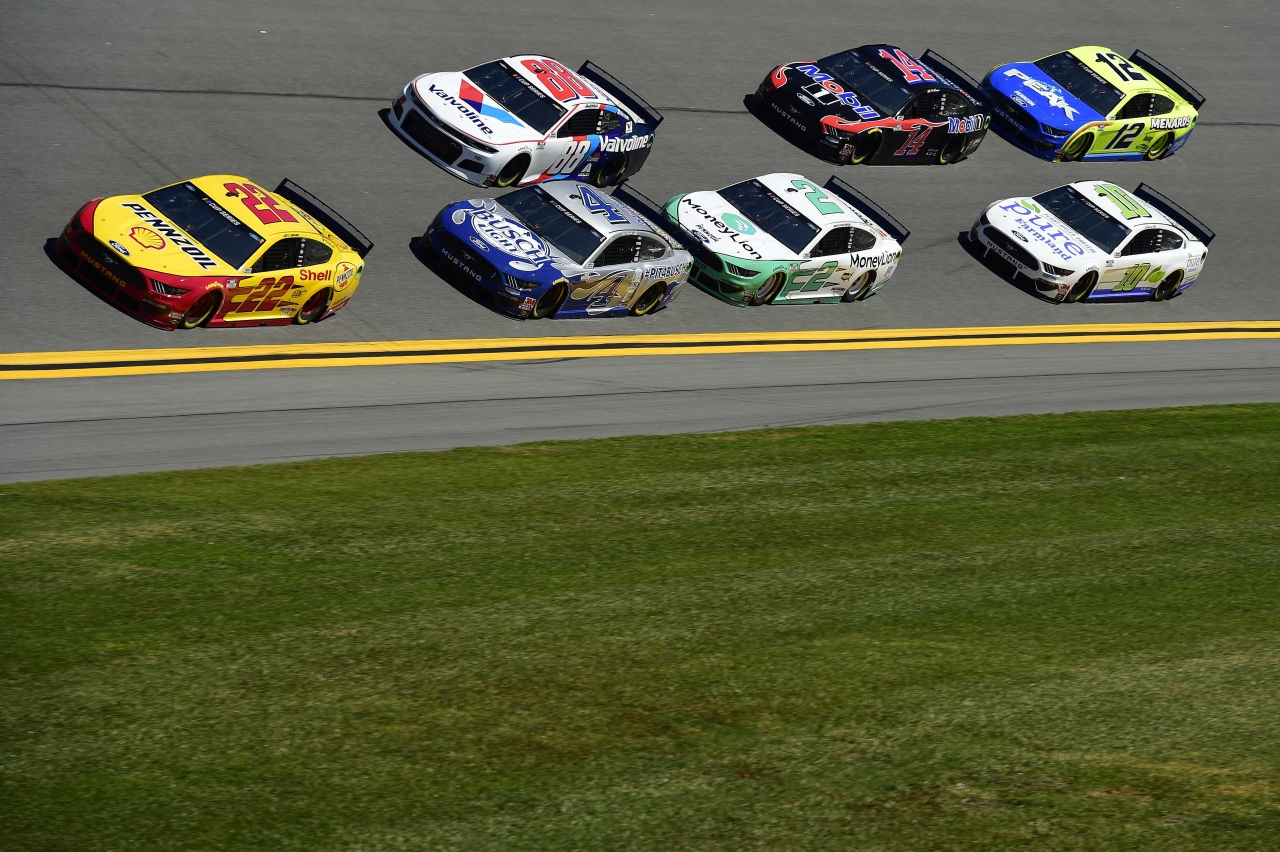 Update: NASCAR stated that a piece of inspection equipment failed which caused most teams to fail on their first pass.

Moments from now, the NASCAR Cup Series will roll to the track for qualifying.

This session will lock out the front row for the Daytona 500. Everyone from 3rd on back will set their starting position in the Daytona Duels.

Teams rolled through inspection last night. One team in particular (Jeremy Bullins) was a .5 inch to the good on rear spoiler angle.

This morning, pre qualifying inspection opened at 9am. Off the bat, 38 cars failed inspection on their first pass through the line.

The bulk of the failures are related to rear spoiler angle.

Many teams passed with flying colors last night. With no changes, they rolled through the line during an official inspection this morning and failed.

There‚Äôs no penalty for failing pre-qualifying inspection, the first time. Teams are just sent to the tail of the NASCAR inspection line and they get to make another attempt.

‚ÄúThings change on these platforms. The weather changes and these gauges change. It‚Äôs nothing NASCAR did. It what you‚Äôre doing to try and go fast, for one lap.‚ÄĚ

‚ÄúIt sounds silly when only two positions matter today. But, that‚Äôs in our DNA, to get every once of speed you can out of the race car,‚ÄĚ the NASCAR Cup Series crew chief added.

NASCAR stated that a piece of inspection line equipment failed which caused most teams to fail on their first pass.

Usually, there‚Äôs a penalty for failing inspection on the second pass through the line. In this case, NASCAR has made an exception. Teams will be allowed to fail a second time, with no penalty.

A third failure would net a crew member ejection.

Here are the new penalty formats regarding NASCAR inspection:

1 NASCAR inspection failure: No penalty. Go to the tail of the line and start again.

3 NASCAR inspection failures:¬†If a team failed three times then they would not be allowed to qualify.

4 NASCAR inspection failures:¬†If a team failed four times then they lose a car chief, miss qualifying and they have to make a pass through on lap 1 of the race.

No team failed 3 times or more during this morning‚Äôs inspection session. However, more inspections remain ahead of next Sunday‚Äôs Daytona 500 at Daytona International Speedway.