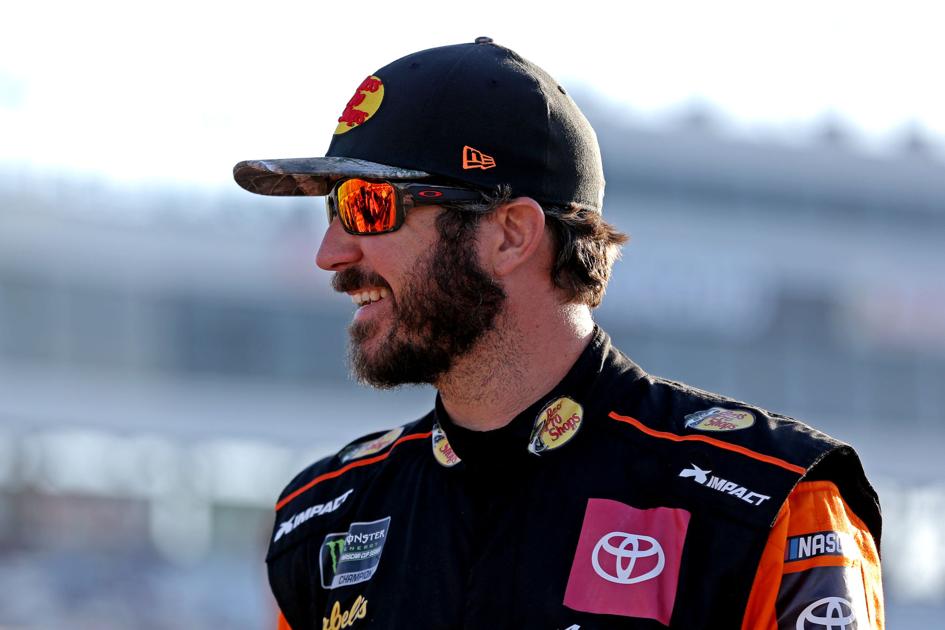 For Jones, whose No. 20 Joe Gibbs Racing Toyota failed post-race inspection Saturday night at Richmond Raceway after an apparent fourth-place finish, the only path he has to continue in the Playoffs couldn’t be simpler. He must win. Heading into Charlotte, he is 45 points behind 12th place William Byron and essentially will have to win the race to earn an automatic ticket to the next round.

For what it’s worth in terms of momentum and optimism, Jones’ JGR teammate Martin Truex Jr. has won both of the opening two Playoff races and his three JGR teammates finished 1-2-3 at Richmond.

Interestingly, Bowyer, Bowman and Busch, finished third, fourth and fifth, respectively, at the ROVAL debut race last year. Jones was 30th – one of 14 cars collected in a crash on Lap 105 of the 109-lap race.

“So we just have to get stage points and have a good day all day,” Bowman said looking ahead after a disappointing 24th-place finish at Richmond on Saturday.

“If we don’t make the next round, we don’t really deserve to be there with how we are running right now. It’s definitely a bummer, but we have to get our stuff together.”

Bowyer, who was ranked as high as eighth in the Playoff standings after the season’s first Richmond race in April, appeared to be an easy entrant into the championship field. But the driver of the No. 14 Stewart-Haas Racing Ford had to race his way back into Playoff eligibility in the final regular season race. And since then has established a definitive Playoff intensity. He sits only two points outside the cutoff of moving on in his 2019 title fight.

The 40-year old veteran has four top-10 finishes in the last five races and won the pole position for the Las Vegas Playoff opener. His eighth-place finish at Richmond – a venue where he has won twice previously – was exactly what he needed to remain in contention for the ticket to move forward. And he does boast the best Charlotte Motor Speedway Road Course finish (third) among those four drivers hoping to advance in the title run.

“We gave ourselves a fighting chance going into Charlotte,” Bowyer said. “I knew Richmond was gonna be an opportunity. We semi-capitalized on that opportunity, but looking forward to Charlotte.

“It’s gonna be fun for everybody involved. It’s do-or-die time. It’s the Playoffs. You watch these football teams go through these playoffs and how exciting it is and it’s our turn to have that nerve-racking moments and do-or-die moments for your race team and your season. But I’m looking forward to it.”

Part of what motivates Bowyer is how close the championship contenders are even above the cutoff line. Not only are the points tight among three of the four drivers still looking to lock in a Playoff position, the points are tight from essentially ninth place Ryan Newman all the way to 12th place Byron, who is on the Playoff bubble.

The Roush-Fenway Racing driver Newman – who qualified for the Playoffs in 16th position – now sits 14 points inside the top 12 and holds a slim six-point edge over 10th place Ryan Blaney, who is the defending Charlotte Playoff race champion.

None of these margins feel especially safe. And that’s even more so the case at such a new venue as the 2.28-mile Charlotte Motor Speedway Road Course that so famously requires both top notch road racing ability and oval driving skill.

“Everyone else has the same goal, we we’ll just try to do our jobs and not have any issues and see what happens,” Team Penske’s Blaney said.

With his two-race Playoff sweep thus far, Truex has won his way into the next round of the postseason. In addition, Stewart-Haas Racing’s Kevin Harvick and Joe Gibbs Racing’s Kyle Busch have clinched their spots in the Round of 12 on points following Richmond; leaving nine spots still up for grabs in the Playoff standings. Defending Cup champion Joey Logano is sixth in the standings, 50 points ahead of the postseason cutoff.