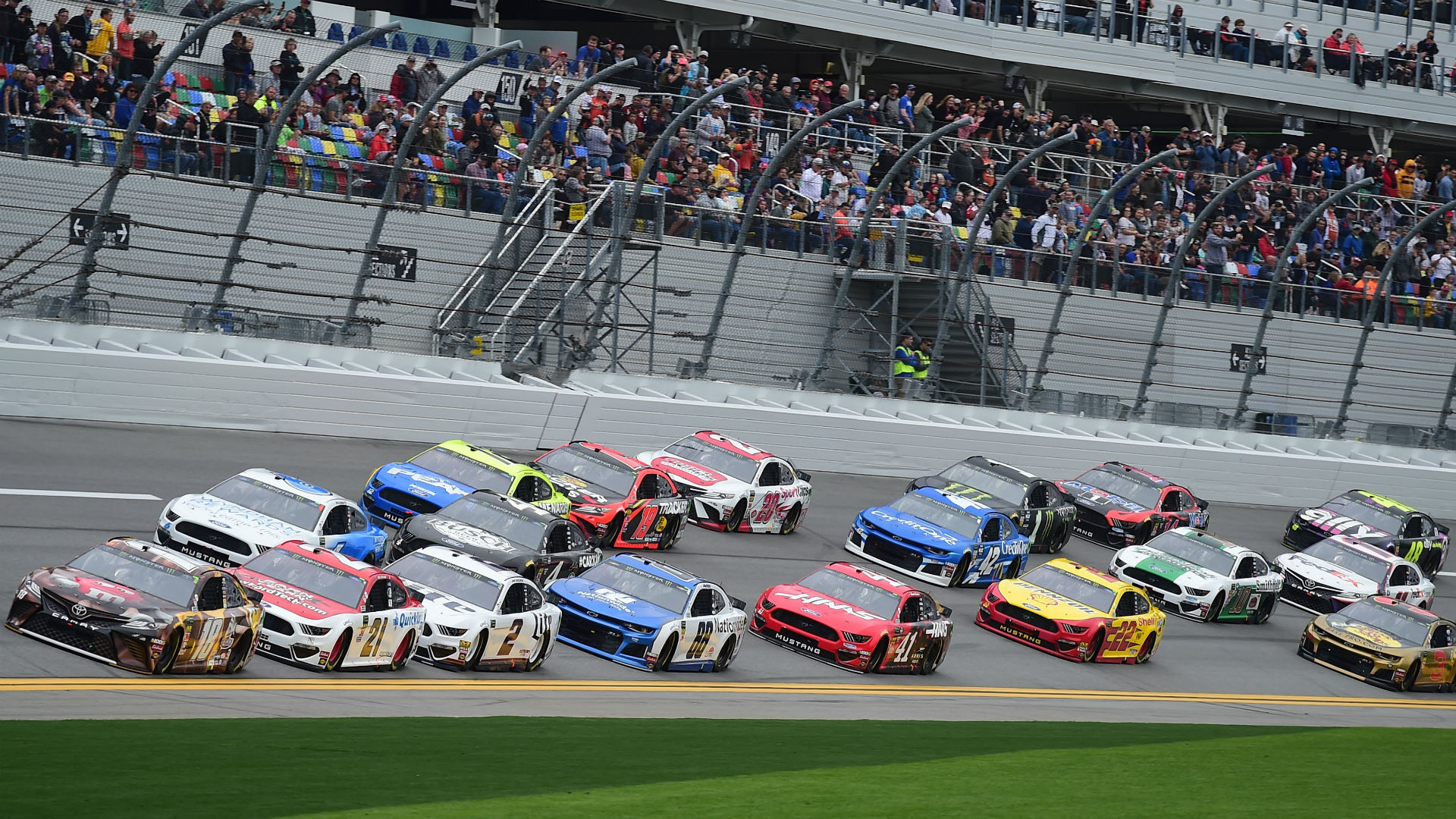 The major rule changes NASCAR has implemented for its Monster Energy Cup Series in 2019 can be described with one well-known phrase: Less is more.

Or so NASCAR hopes.

Chief among the changes for 2019 is a new aerodynamics package that will reduce horsepower and slow down the cars in the majority of¬†races on the Cup Series schedule. The idea is to create more chances for passing and drafting at oval tracks longer than 1.2 miles.

“From an aero standpoint, I think you‚Äôll see a pretty similar package to what we had in the (2018) All-Star Race and what we‚Äôve seen in the Xfinity Series,”¬†NASCAR chief racing development officer Steve O‚ÄôDonnell said in October, when the changes were announced. “Where we looked to make a little bit of a change was around the horsepower and that was, after discussions with the drivers, discussions with the engine builders as well, as what would be something that would produce a little more on-throttle time and have a good relationship with the aero package that we put together. So we made a tweak to that.

“We think that‚Äôll put it more in the drivers’¬†hands, especially as we go to some of the intermediate tracks, and are excited to see how that plays out.”

Below are more details on NASCAR’s push for what it hopes will be better racing in the Cup Series, plus other rule changes for 2019.

With its new aero package for 2019, NASCAR wants to increase drag and downforce while decreasing horsepower in its Cup cars at certain tracks. This comes after NASCAR had spent several¬†years trying to decrease downforce, making the cars tougher to handle.

In theory, the cars in 2019 will be easier to drive on intermediate tracks with the new aero package, which has been described as similar to, but not exactly the same as, the package Cup cars ran in the 2018 All-Star Race. That event¬†featured an unprecedented amount of drafting and pack racing at the 1.5-mile Charlotte Motor Speedway.

The new aero package that will be run in every Cup race in 2019 consists of the following:

At those intermediate tracks ‚ÄĒ mile-and-a-halves, in particular ‚ÄĒ the racing should be tighter thanks to new aero package, but not too tight.

This one might be a bummer for fans and TV networks, but it‚Äôs a relief for drivers and race teams.

With the exception of the Daytona 500,¬†gone are the restrictor plates NASCAR started using at superspeedways in 1987 to slow down the cars and, in turn, produce the pack racing we’ve grown to know at Daytona and Talladega.

Instead, NASCAR will use only the aforementioned modified tapered spacers to keep speed under control at those tracks. The idea is to preserve the element of drafting but allow for more passing. Without restrictor plates, drivers will get a better throttle response, yet a similar style of pack racing is expected.

The new aero package has received mixed reactions ahead of the 2019 season, but the¬†new postrace inspection rule is almost unanimously approved by fans and race teams alike.

In February, NASCAR announced a rule change that will have¬†race winners disqualified if they fail postrace inspection with L1 or L2 infractions. The new rule will be enforced in all three national series, not just Cup. Previously, offending race winners were penalized by fines, suspensions or points deductions, but their victories stood.

In the new system, the first- and second-place finishers (and at least one randomly selected car) will undergo a postrace inspection at the track. If one of those cars fails inspection, the driver and team will receive last-place points and earnings, and the rest of the finishing order will move up one spot. The disqualified team will be stripped of playoff points, stage points and, if applicable, the automatic playoff berth/advancement associated with a win.

“I think for us, we‚Äôre really looking at a total culture change,”¬†O‚ÄôDonnell said. ‚ÄúWe‚Äôve been through a deterrence model where we‚Äôve really worked with the race teams at the track and probably been more lenient than we should in terms of the number of times teams can go through inspection and pass, fail and there‚Äôs almost incentive to try to get something by NASCAR, so we want to really reverse that trend.”

All of which raises a key question: What about a winner’s postrace burnout, during which the car could be damaged to the point where the inspection would be compromised? Drivers in the past have been accused of manipulating inspections with overly aggressive burnouts, popping tires and damaging fenders.

According to Fox Sports’ Bob Pockrass, NASCAR will have no rules on burnouts as they relate to the new postrace inspection rule. However, Pockrass reports, “If a driver/team gets out of hand, (NASCAR)¬†will react.”

This is a minor tweak in an effort to speed up qualifying at tracks for which qualifying sessions were unnecessarily long.

At short and intermediate tracks, the first round of qualifying will be shortened from 15 minutes to 10 minutes, limiting the amount of time (and attempts) teams have to try to advance¬†to the second round. Round 2 will still be 10 minutes, with the final round still five minutes.

In addition, at all tracks, the time between each qualifying session will be reduced to five minutes rather than seven.

Here is one less thing for drivers to worry about while racing.

After years of complaints from teams about the driver-adjustable track bar in the cockpit, NASCAR is taking it out of the equation in 2019.

Teams will only be able to make chassis adjustments during pit stops.