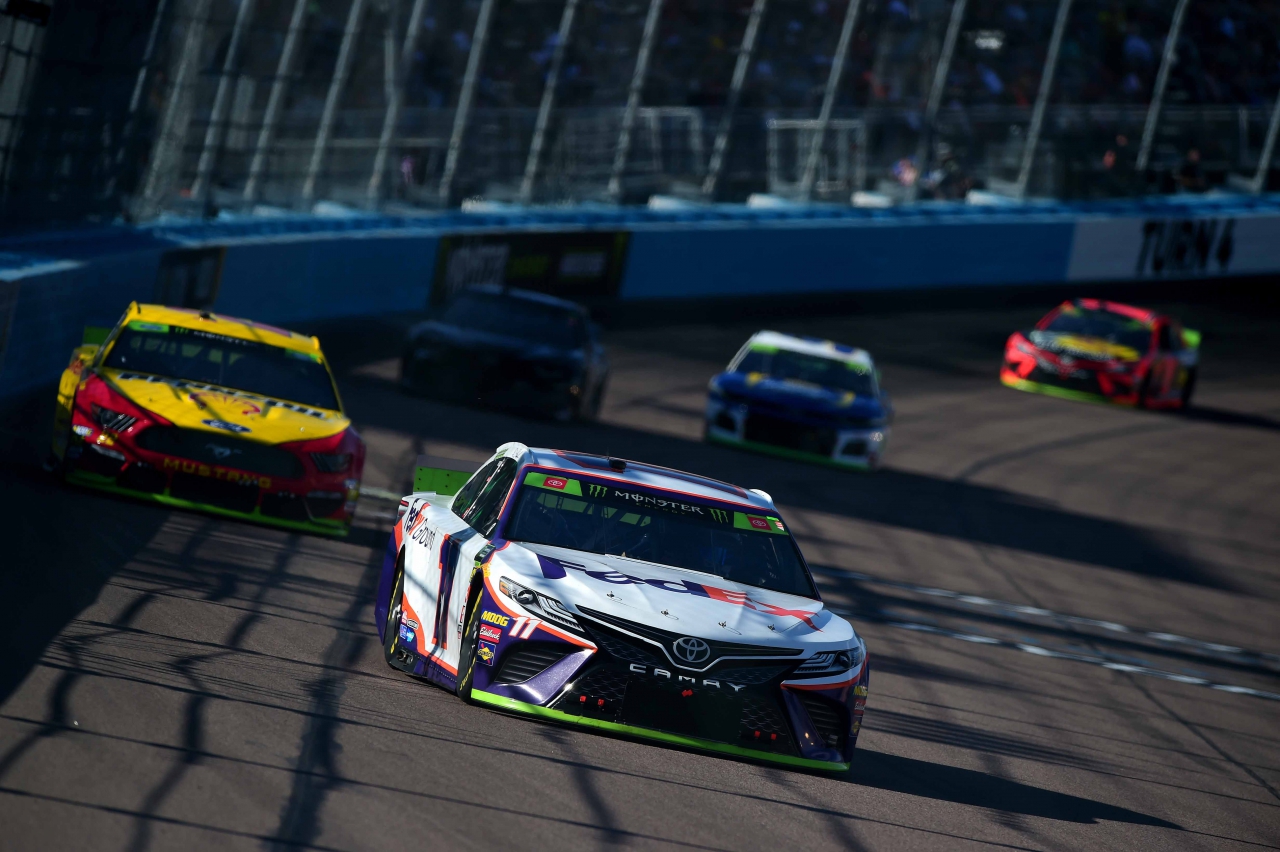 A new rules package was introduced in 2019. Away went the tiny spoilers, in came the very large 8 inch spoilers. The downforce was back in a big way.

It significantly improved the product on tracks larger than 1-mile. The first race at Texas Motor Speedway saw 1,713 more green flag passes than the same race in 2018, a near 100% increase.

However, short tracks suffered, across the board.

At the short tracks, the corner speeds are way up. It made it extremely difficult to pass, especially on the one groove race tracks like Martinsville.

NASCAR is now in the middle of a development freeze. That was agreed upon with the sanctions and the teams. The idea was to save the teams some money as a totally new car is on the way for 2021 which will make most development on the old car, totally irrelevant.

But, thereŌĆÖs still a whole season left to go with the old car. ThereŌĆÖs some issues with it, particularly on short tracks.

ŌĆ£I think weŌĆÖve over delivered on the intermediate tracks, and we will make sure that when we get to Phoenix in the spring, and some of the other racetracks that are short tracks, that theyŌĆÖre going to have better racing,ŌĆØ NASCAR president Steve Phelps stated in November 2019.

ŌĆ£I am confident, having spoken to people who are far smarter than I am in this space, that there are things we can do. And I think our teams are excited about trying to partner with us to figure out what that looks like.ŌĆØ

ŌĆ£There are people far smarter than I am that could figure that out. Yes, could we go to something that is a lower downforce package and do we think that will probably be one of the answers that we could look at to be successful on the short tracks?┬ĀYes.ŌĆØ

ŌĆ£Whether itŌĆÖs cutting off the spoiler, other opportunities for us to take some of the downforce off there, those are things that weŌĆÖll explore.┬ĀNo specific timing,ŌĆØ Phelps stated last year.

According to Adam Stern, NASCAR is expected to announce a new short track aero package ahead of the 2020 season.

The teams have agreed to make adjustments to the package, despite the previously mentioned freeze on development.

The adjusted package is likely to bring less downforce to the short tracks. A smaller rear spoiler and smaller front splitter are expected to be the changes.

The higher downforce package is likely to remain consistent from 2019 to 2020 in regards to tracks 1-mile and larger.

The first NASCAR short track race in 2020 will take place at ISM Raceway on March 8, 2020. ItŌĆÖs a track that took a lot of criticism after the race last fall. The same track that will host the 2020 championship finale.

ISM Raceway will host the 2020 finale; They need to fix it first

NASCAR is looking to at short tracks for 2020 and beyond

Steve Phelps comments on 2019 rule changes and beyond

Denny Hamlin comments on the future of NASCAR

Tony Stewart comments on the future of NASCAR

« Dale Earnhardt Jr. reveals he broke his sternum and rib once, but he has no idea how – Overwatch Wire No One Should Pay Six-Figures For A Dodge Charger Daytona That Doesn’t Have A Ridiculous Wing – Jalopnik »