NASCAR: Superspeedway package most dangerous at Daytona? – Beyond the Flag 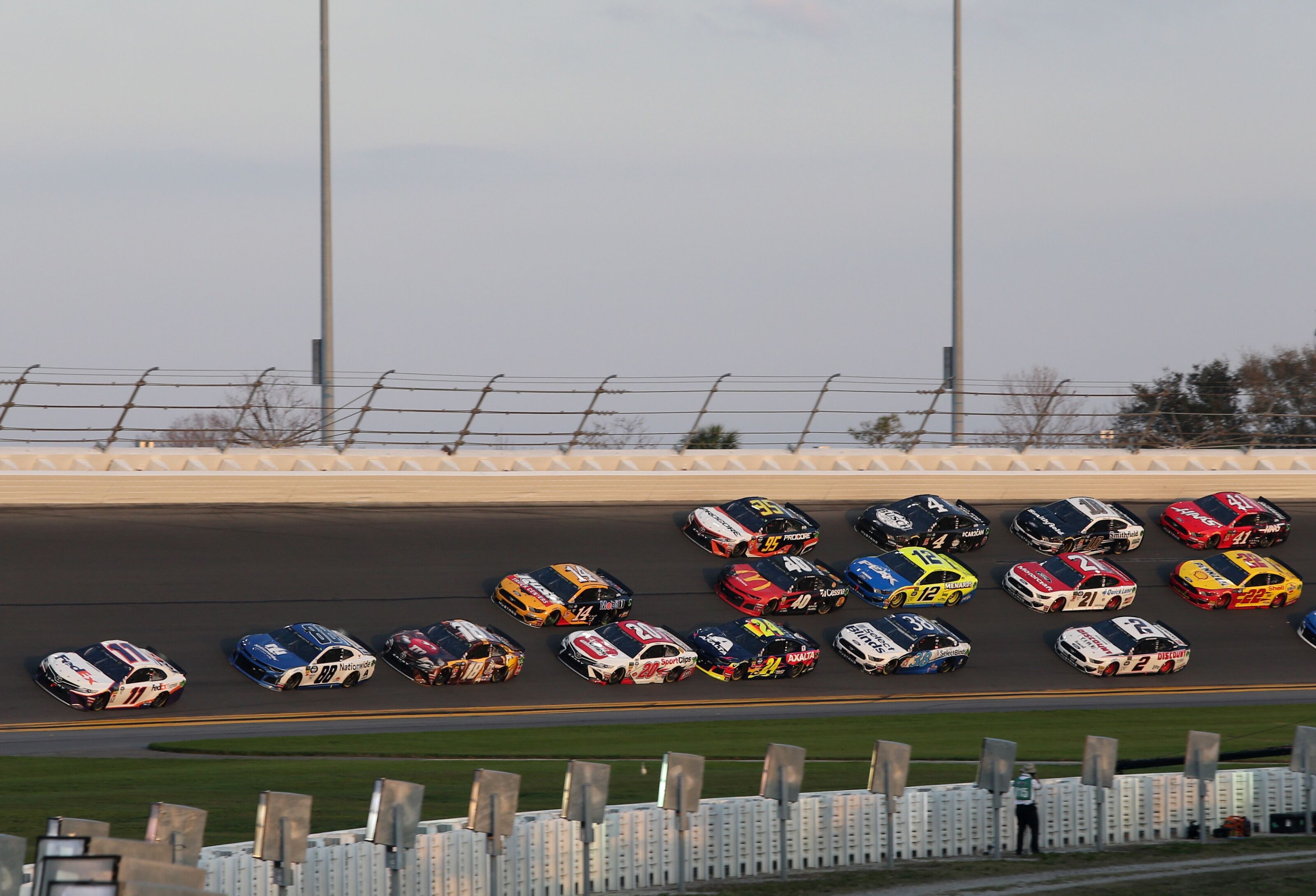 We saw more passes than in previous NASCAR Cup Series superspeedway races, drafting being relied on, three-wide packs in the final laps of the race and exciting finishes.

However, as we prepare to enter Speedweeks, a friend of mine voiced some concern that the superspeedway package may not be safe for the drivers and cars, and I could see why regarding the speeds we saw in practice and in the race.

That got me thinking about main reason why superspeedway racing could be dangerous in the Daytona 500 and even Speedweeks in general to the point where it could lead to some changes, and it‚Äôs simple enough.

When you think about it, every race held with this package on the high banks of Daytona International Speedway and Talladega Superspeedway was contested in the sunlight.

The July race at the former was supposed to be run on a Saturday night as it has been since 1998, but it was postponed to a Sunday afternoon due to rain.

When Speedweeks arrives, this package will be seen under the lights for the first time in the Bluegreen Vacations Duels on Thursday, February 13, and then again on Sunday, February 16 after in the 62nd running of the ‚ÄúGreat American Race‚ÄĚ.

Green flag time next Sunday is the same as it was last year at 2:30 p.m. ET, and the race ended under the lights last year, as it has in other recent years as well. It would have ended just after sunset, but numerous late wrecks and red flags led to the nighttime ending.

In the second practice for last year‚Äôs Coke Zero Sugar 400, we saw speeds top nearly 206 miles per hour in the draft. Just imagine what the speeds will be like on Thursday night as well as the final laps of the main event next Sunday.

With faster speed comes more turbulence in dirty air, which will also cause hood flaps to fly off. That was a common issue in the races at Talladega Superspeedway last season, specifically the October playoff race, and the flaps are meant to keep the cars on the ground like roof flaps.

It is worth noting that in practice for the April race at Talladega Superspeedway back in the 2018 season, Jamie McMurray reached speeds of nearly 204 miles per hour before going upside down just half a lap later.

NASCAR then altered the package before the race took place two days later. I don‚Äôt have any connections related to the NASCAR aerodynamics or rules departments, but usually if a car goes airborne and/or flips in practice, NASCAR will make changes.

Outside of this concern, I am really looking forward to this race, not just because of the new package, but because of the Silly Season driver lineup changes we have seen headed into 2020 as well as the basic fact that it is the first race of the new season. I cannot believe the offseason has gone by so quickly.

The 62nd annual Daytona 500 is scheduled to get the 2020 NASCAR Cup Series season underway on Sunday, February 16. Green flag time is set for 2:30 p.m. ET and Fox is set to provide live TV coverage.

« NASCAR: Who will lead Joe Gibbs Racing in 2020? – Beyond the Flag The NASCAR All-Social Team – NASCAR »