NASCAR: The key to Hendrick Motorsports‚Äô 2020 season – Beyond the Flag 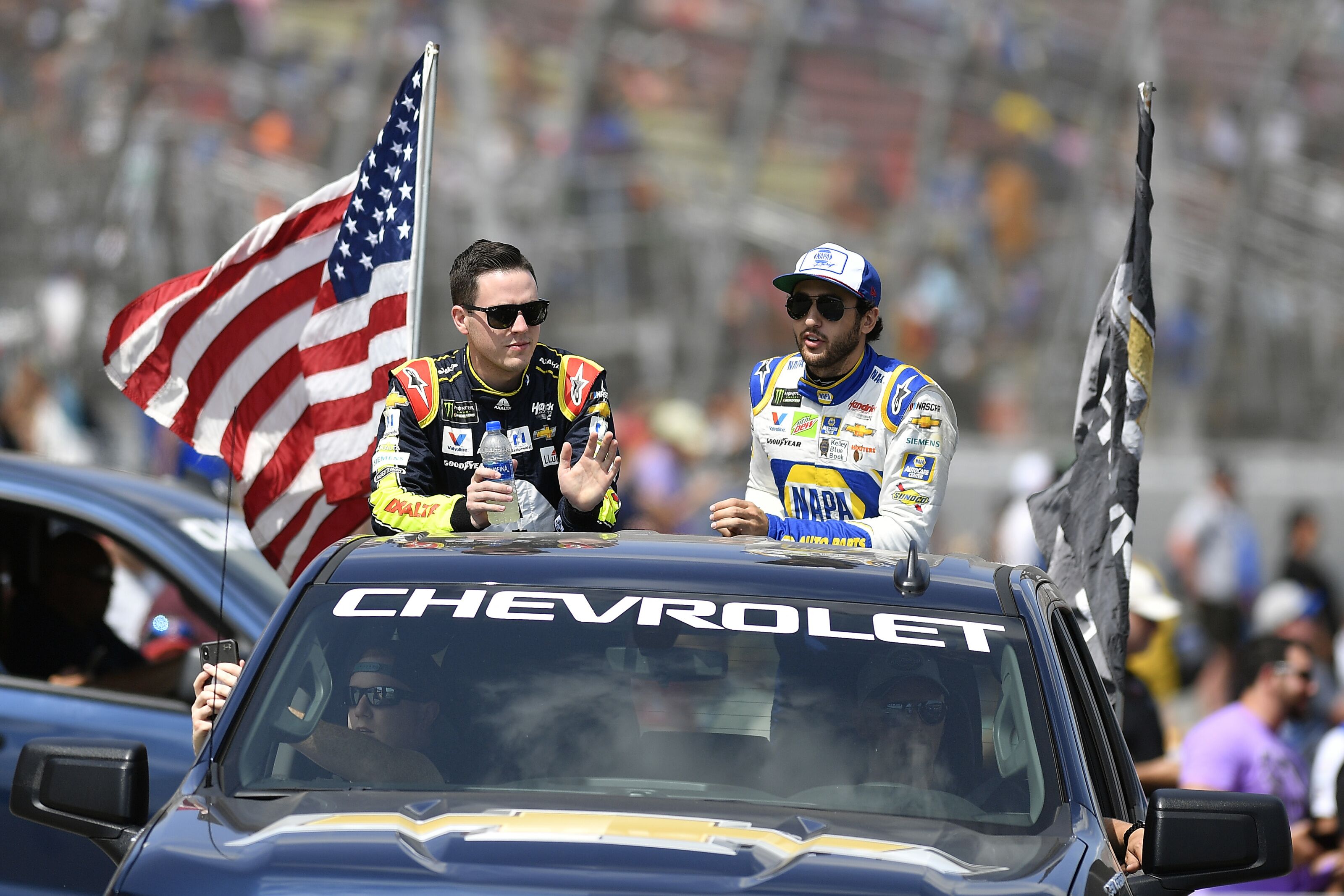 While he may not be a championship favorite or a perennial race-winning contender, the key to Hendrick Motorsports‚Äô 2020 NASCAR Cup Series season and beyond is Alex Bowman.

The 2020 NASCAR Cup Series season is set to be quite an important one for Hendrick Motorsports with seven-time champion Jimmie Johnson slated to retire after it comes to an end in November.

Not even five years ago, Johnson was one of four drivers competing for Rick Hendrick‚Äôs team, and all three of the other drivers, Jeff Gordon, Dale Earnhardt Jr. and Kasey Kahne, have since retired from competition.

Johnson confirmed shortly after the 2019 season ended that the 2020 season would be his 19th and final season and mark his fourth and final attempt to become the sport‚Äôs first ever eight-time champion. While he explicitly stated that he would not rule out returning to the series in 2021, it will not be in a full-time capacity.

So Hendrick Motorsports, while they made clear that it is not of utmost importance at this time with still a year left in Johnson‚Äôs career, will already have one replacement to worry about.

That‚Äôs what makes the 2020 season even more important ‚Äî avoiding have more than one replacement to worry about and overhauling a lineup that has already been altered 75% over the last few years by an additional 50% leading into the introduction of the Gen-7 chassis and body in 2021.

Elliott has accounted for six of Hendrick Motorsports‚Äô seven victories since Kahne won the Brickyard 400 at Indianapolis Motor Speedway back in July of 2017, so it‚Äôs safe to say that he has established himself as their top driver and premier championship contender.

But he is under contract through the 2022 season, and that has been the case since June of 2017 when he signed an extension, so as far as the 2020 season is concerned, he can just keep doing what he is doing.

While he didn‚Äôt win a race in either of his first two seasons at Hendrick Motorsports (like Elliott), Byron is under contract through at least the 2021 season, although the exact details of his contract remain undisclosed. After a vastly improved 2019 campaign, he will need to step up even in more in 2020 and get to that next level.

Bowman, however, signed a two-year contract extension in August of 2018, and despite the fact that the #88 Chevrolet already has quite a few sponsorship deals lined up for the next several seasons, with a big one having just been secured for 2020, he remains under contract through just the 2020 season.

If Bowman doesn‚Äôt perform at a high level in 2020 or even if he performs above expectations and gets calls from other teams, they could end up having two drivers to replace.

With so many big-name drivers set to hit the free agent market following the upcoming campaign, it‚Äôs not completely out of the realm of possibility to think that he could be tempted to leave.

Is it likely that he would leave? Is it likely that Hendrick Motorsports would be willing to let him go? Not by any stretch of the imagination, but as long as his contract says 2020, it‚Äôs a possibility that cannot be ignored.

Even if he does leave, it‚Äôs not like there have been any shortage of names linked to the #48 Chevrolet as possible replacements for Johnson in 2021, so it‚Äôs not like Hendrick Motorsports would be desperately searching for new drivers at the last minute.

With that being said, it would still throw a curveball at the team with them already needing to replace one driver.

Who knows? Maybe he ends up signing a deal to remain with the team through at least 2021 before the 2020 season even begins, and all this talk it moot. But if not, this situation is definitely the key to Hendrick Motorsports‚Äô 2020 effort, for reasons primarily extending beyond 2020.

What does the future hold for Alex Bowman and Hendrick Motorsports? Will he sign a deal to return to the team for at least the 2021 NASCAR Cup Series season, or will Rick Hendrick‚Äôs team be left with two open seats for next year with Jimmie Johnson set to retire?