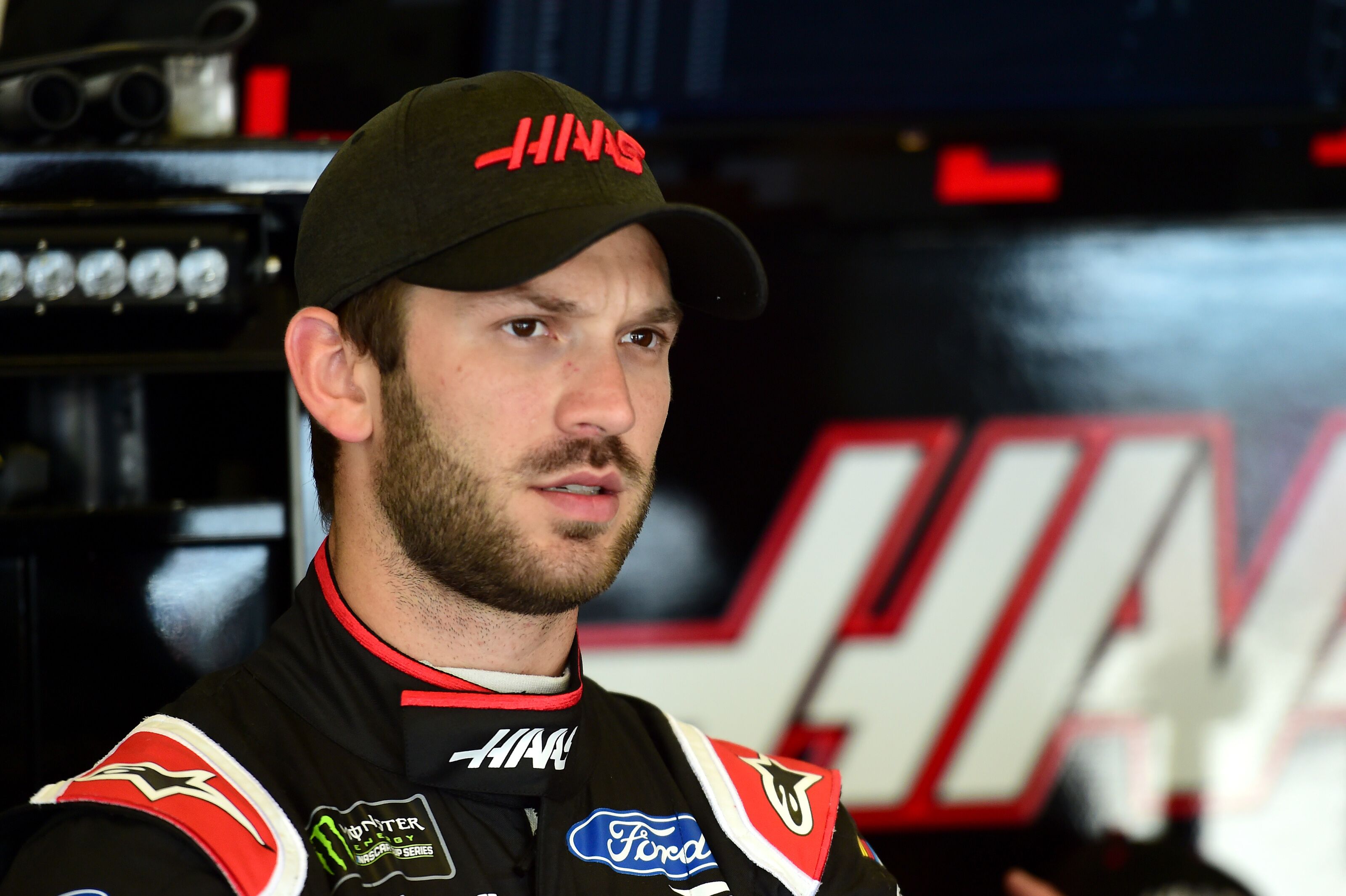 Daniel Suarez still doesn‚Äôt have a ride for the 2020 NASCAR season, but he has two heavily rumored landing spots. Let‚Äôs take a look at both.

Toward the end of the 2019 NASCAR Cup Series season, Daniel Suarez felt confident about his chances to return to Stewart-Haas Racing for a second year behind the wheel of the #41 Ford in the 2020 season.

Despite the fact that he was still struggling and seeking his first win after failing to qualify for the playoffs for the third time in three seasons driving for top-tier teams, he was in the midst of his best season. More notably, he had raised millions of dollars in sponsorship funding to return.

But just a few days before the season ended, it was confirmed that Cole Custer, who drove for Stewart-Haas Racing‚Äôs Xfinity Series team from 2017 to 2019 and twice competed in the Championship 4, would replace the 2016 Xfinity Series champion ahead of the 2020 season, leaving him without a ride.

But those options were quickly all ruled out, leaving him with seemingly only one, until another one recently emerged.

What had been considered his most likely landing spot all along, an Xfinity Series seat, is still in the mix, and it now runs a close second to a new seat that would keep him in the Cup Series.

Naturally, the instinctive choice would be to remain in the Cup Series. But let‚Äôs weigh both options.

The Xfinity Series ride is with Richard Childress Racing, and they won last year‚Äôs championship with Tyler Reddick behind the wheel of the #2 Chevrolet. They have yet to confirm his replacement.

Suarez, as noted above, won the 2016 Xfinity Series championship, and he was slated to return for another year with Joe Gibbs Racing in 2017. But then Joe Gibbs Racing Cup Series driver Carl Edwards unexpectedly announced his retirement the month before the 2017 season began, resulting in Suarez being promoted to the Cup Series.

The case has been made that Suarez was rushed to the Cup Series. With all of the potential that he showed in the Xfinity Series, all he has to show for it is eight top five finishes and a top finish of 17th place in the championship standings driving for arguably the two best teams at NASCAR‚Äôs highest level.

If that is indeed the case, perhaps he can go back to the Xfinity Series and develop more to put himself on the radar for a potential Cup Series return with a decent team.

And perhaps he can add several wins and another championship along the way. No, they wouldn‚Äôt be at NASCAR‚Äôs highest level, but they would still be significant.

Daniel Hemric, who has never even won an Xfinity Series race, took Richard Childress Racing to the Championship 4 twice in two attempts back in 2017 and 2018 before Reddick arrived in 2019 and won it all.

So it almost goes without saying that Suarez would easily be considered one of the favorites if he ends up here.

The Cup Series ride is with Gaunt Brothers Racing, a young team that have never competed full-time. Gaunt Brothers Racing are the lone Toyota-only team aside of Joe Gibbs Racing and the Joe Gibbs Racing-affiliated Leavine Family Racing in the Cup Series, and Toyota reportedly have interest in bringing Suarez back. Additionally, with funding from Coca-Cola, Suarez could turn them into a full-time team for the first time.

One of the disadvantages of running for Gaunt Brothers Racing would be the fact that the #96 team does not have a charter and therefore he would not be guaranteed to compete in all 36 races on the schedule, even if he appears on the entry list for each of them.

With that being said, only one race, the Daytona 500, featured an entry list that contained more than 40 drivers last year, and Gaunt Brothers Racing successfully qualified for that race with Parker Kligerman quite comfortably in 25th place, so that should not be much of an issue.

Additionally, while he would be the team‚Äôs sole focus, he would not really have an opportunity to showcase his talent. The fact that he would still be in the Cup Series would almost be a novelty at that point.

Sure, in limited time, Gaunt Brothers Racing have actually proven to be one of the better backmarker teams, regularly competing for top 25 finishes and four times finishing in the top 20, including three times in the top 15, in the last two seasons in just 36 races. But what do 24th and 25th place finishes really do for a driver on a small team seeking a big opportunity?

Of these two possible landing spots for Daniel Suarez for the 2020 NASCAR season, which is more likely with just about a month to go until the season begins? Will he remain in the Cup Series behind the wheel of the #96 Toyota for Gaunt Brothers Racing, or will he go back to the Xfinity Series to presumably compete for another championship behind the wheel of the #2 Chevrolet for reigning champions Richard Childress Racing?