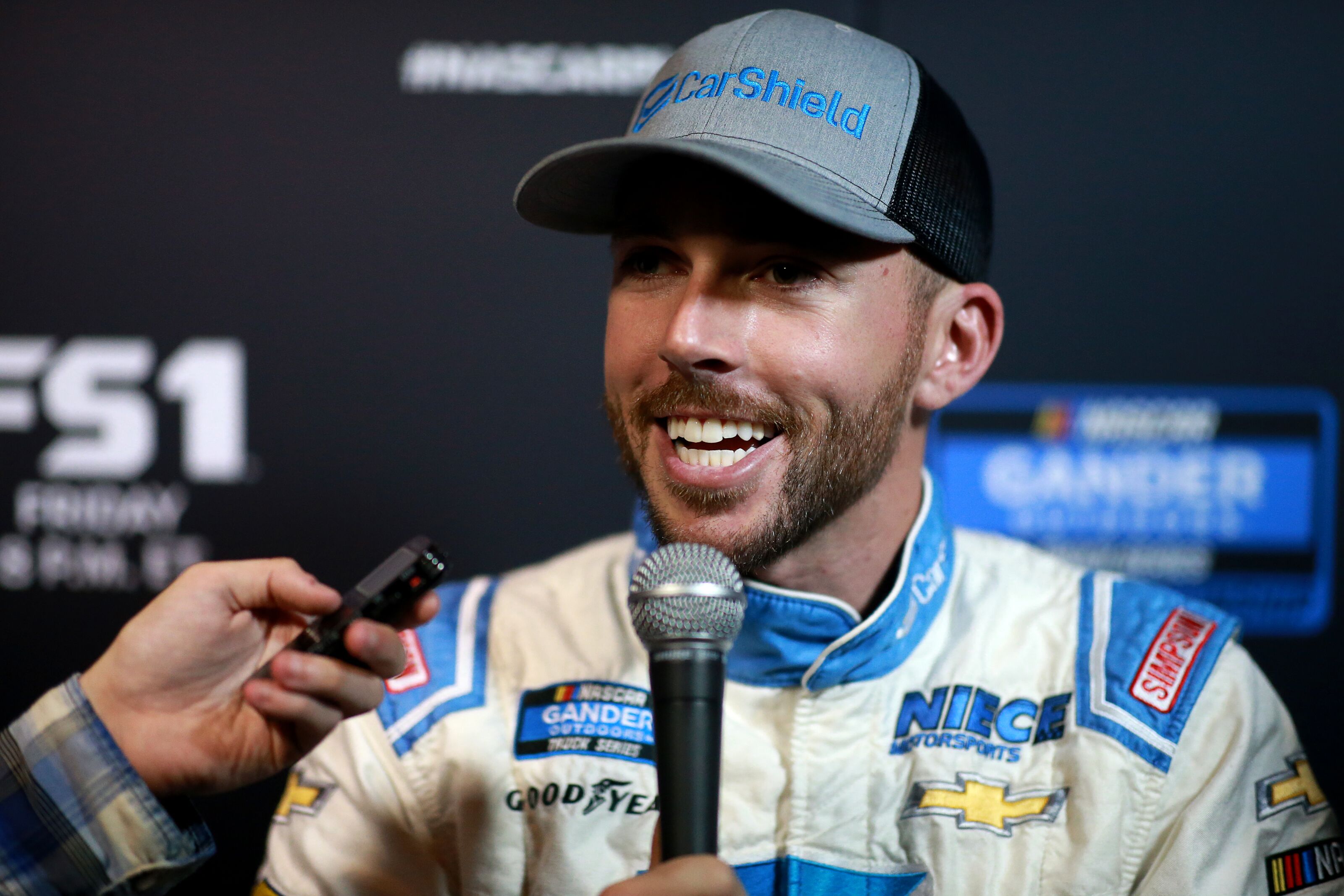 Ross Chastain will compete in the NASCAR Cup Series season opener at Daytona International Speedway. Will he finish inside the top 10 in the Daytona 500?

Although he is slated to compete full-time in the NASCAR Xfinity Series with Kaulig Racing, Ross Chastain is also set to race in the 2020 NASCAR Cup Series season-opening Daytona 500 at Daytona International Speedway behind the wheel of the #77 Spire Motorsports Chevrolet.

When the checkered flag flies, will he finish inside the top 10?

Additionally, Chastain knows how to run well at the four-turn, 2.5-mile (4.023-kilometer) high-banked superspeedway in Daytona Beach, Florida. He completed all the laps in the NASCAR season-opening weekend at Daytona International Speedway last year across all three series.

In the Truck Series season opener, he survived the carnage to finish in third place. The following day in the Xfinity Series season opener, he started in sixth, won the second stage and ultimately finished in 13th. To wrap up the weekend, he gained 26 positions from his starting spot of 36th to finish the Daytona 500 in a Cup Series career-high of 10th place driving for Premium Motorsports.

He led 49 of the race‚Äôs 100 laps, won the first stage, and appeared to lead Kaulig Racing to not only their first win but their first 1-2-3 finish in the race before a post-race inspection failure led to the disqualification of AJ Allmendinger. Nonetheless, it was a banner day for Chastain and Kaulig Racing, which placed Haley in second.

In the other three Cup Series races on superspeedways (Daytona International Speedway and Talladega Superspeedway), Chastain led nine laps and completed all three races. He drove for Premium Motorsports in all of them, so his equipment for the 2020 Daytona 500 will be better.

In the Truck Series race at Talladega Superspeedway last October, Chastain finished the first stage in third place and led seven laps. He was contending for the win before he made a mistake, causing a large wreck.

His 22nd place finish was not indicative of the speed in his #45 Niece Motorsports Chevrolet. Make no mistake about it; Chastain is a wheelman at superspeedways and he will showcase that talent with a top 10 finish in the Daytona 500.

Chastain‚Äôs deal to compete for Spire Motorsports with Chip Ganassi Racing is for two races, and he is set to be sponsored by AdventHealth in both races, the Daytona 500 and the Coca-Cola 600. The company chose to sponsor him in two of the biggest Cup Series races on the schedule, and he will reward them for their decision and belief in him.

Prior to the 2019 NASCAR Truck Series season finale at Homestead-Miami Speedway, in which he was a Championship 4 driver, Chastain told Frontstretch, ‚ÄúI have an addiction, and it‚Äôs winning and trophies.‚ÄĚ

Winning the Daytona 500 would be the biggest victory in his career, and while he may not be a favorite to win the race, he is quite a popular pick to finish in the top 10.

Next: Who is the greatest NASCAR driver of all-time?

So race fans, what do you think; will Ross Chastain finish inside the top 10 in the Daytona 500? The NASCAR Cup Series season opener at Daytona International Speedway is scheduled to begin¬† at 2:30 p.m. ET on Sunday, February 16 with live TV coverage provided by FOX.