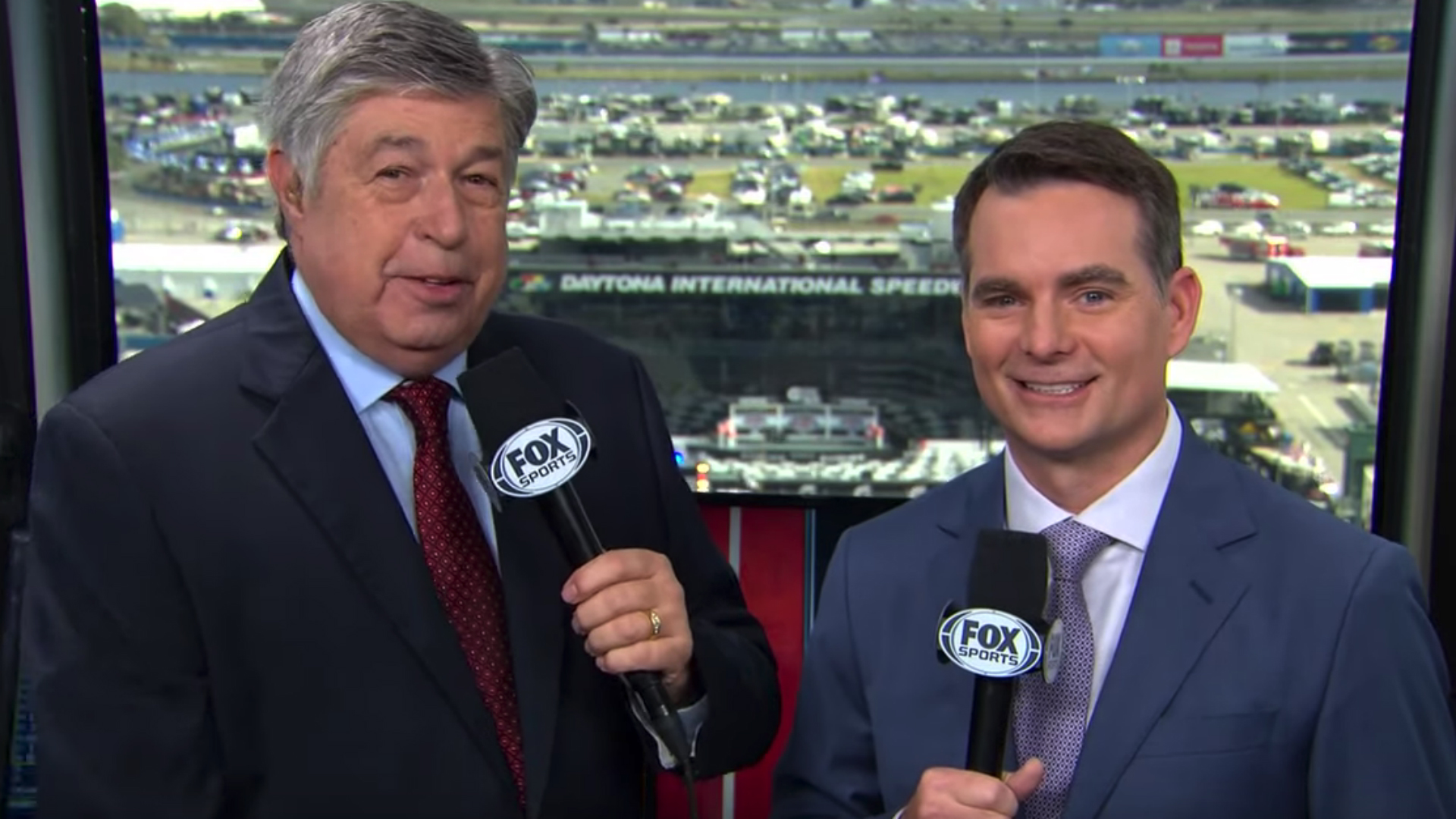 Darrell Waltrip’s retirement last year after nearly two decades of calling NASCAR Cup Series races from Fox’s broadcast booth left the network with three key issues. All pertained to the big question for 2020: How would Fox replace him?

One: Not many former drivers who have won three or more Cup championships were sitting around waiting to analyze races on TV. Two: There were no retired drivers who¬†impacted NASCAR as vocally¬†as Waltrip did as a driver for three decades. Three: Nobody could provide the brand of entertainment Waltrip delivered for 19 years as a broadcaster.

“When you put all that together, it‚Äôs a pretty impossible task,” Mike Joy told Sporting News during a phone conversation when asked about Fox’s discussions about how to replace the¬†73-year-old Waltrip, calling it a “cooperative”¬†process.

“The more everybody talked about it, the easier it was to see:¬†‘Let‚Äôs not try to reinvent that wheel. Let‚Äôs move this in a slightly different direction.'”

MORE: Everything to know about the Daytona 500

That new direction has Joy, 70, in a place he hasn’t been since he was calling Formula 1 races for Fox alongside analyst Derek Bell in 2000; a place to which the network hasn’t ventured in its 19-year history of broadcasting NASCAR Cup Series races. Joy and analyst Jeff Gordon in 2020 will form Fox’s¬†first two-man¬†booth for Cup Series broadcasts.

“We know it will be different,” Joy allowed.¬†“We don‚Äôt know it will be better. We want to put out the absolute best possible telecast. But there‚Äôs no replacing a Darrell Waltrip.”

With all due respect to Waltrip ‚ÄĒ and he deserves a ton for such a prosperous broadcasting career ‚ÄĒ there are reasons to believe Fox’s new approach will indeed lead to an enhanced¬†viewing experience.

Joy said his goal is to “let the telecast breathe a bit more.” With only Gordon providing immediate¬†analysis to complement Joy’s commentary, in theory, the viewer should be able to digest the information properly and completely without being overrun by more analysis.

Gordon, after all, tends to present¬†his analysis in a¬†passive and laid-back manner. Yet there’s no doubt the 48-year-old who has called Cup Series races for Fox since 2016 can continue to provide insightful information in an enhanced¬†role. It doesn’t hurt that Gordon, who retired from racing in 2015, is not far removed from the track.

“In a three-man booth, there are always either one person talking or two people having a conversation,” Joy explained. “The third person is free to reload and work on the next storyline; to either continue the conversation or move it in a new direction.

To alleviate those concerns, Fox will lean on additional analysis from Jamie McMurray. The recently retired driver will observe¬†races from the network’s Charlotte studio ‚ÄĒ Joy called it “a 10,000-foot view” of the action ‚ÄĒ and chime in with commentary. He’ll be joined in Charlotte by¬†Larry McReynolds, the longtime Fox broadcaster who again will deliver¬†information on race trends and team strategy,¬†basically the crew chief of the broadcast.

That team of commentators will be complemented by returning¬†pit reporters Matt Yocum, Jamie Little, Vince Welch and Regan Smith. Michael Waltrip (Darrell’s younger¬†brother) also will be on hand for his typical shenanigans.

Fox put this setup to the test during last week’s Busch Clash at Daytona, the annual Cup Series exhibition race that takes place a week before the 500. If that broadcast is¬†any indication, the network in 2020 is poised to strike an¬†ideal combination of commentary, analysis and reporting with the desired breathing room in between.

The value of that practice isn’t lost on Joy, who can remember a time when broadcast preparation wasn’t as simple.

“Back in the CBS days, when all we broadcast was the Clash, the Duels and the 500, during practice sessions Buddy Baker and I would go out and sit in the infield inside Turn 3 in a car,” Joy recalled, referencing the era before Fox obtained NASCAR Cup Series broadcast rights beginning in 2001.¬†“A¬†car would come¬†down the backstretch, and we‚Äôd go, ‘Oh, that‚Äôs so and so.’¬†That‚Äôs how we would learn what all the changes were, and who‚Äôs in each car. We didn‚Äôt have any reps on the air to be able to prepare.”

Now Joy and the rest of the broadcast team have eight warm-ups, if you will ‚ÄĒ¬†the Clash, the Duels, pole qualifying and five Cup practice sessions ‚ÄĒ before millions tune in to watch Fox’s presentation of stock car’s biggest race.

In 2020, those tune-ups are vital as Fox enters its 20th season broadcasting NASCAR Cup Series races, and doing it without Darrell Waltrip for the first time.

But with Joy and Gordon spearheading a still-complete and more nimble telecast, the network is on the right track.