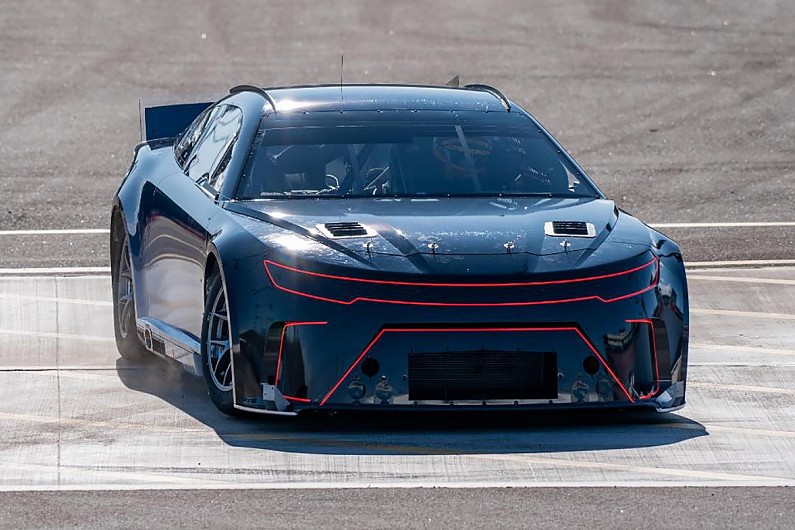 This week’s on-track test of NASCAR’s new ‘Gen-7’ Cup Series machine has offered the best opportunity yet to see the car up close on track.

While the two-day test is closed to fans and media, NASCAR published numerous pictures of the car on Monday via its social media channels.

They offer a better look at the design and appearance of the 2021 prototype than during its first on-track test, at Richmond in October, where the car ran in camouflage livery and no on-track pictures were officially published.

Austin Dillon drove the development car at Richmond, while Penske driver Joey Logano is participating in the test at Phoenix, which concludes on Tuesday.

The car has been prepared by Richard Childress Racing.

While the test car still has a manufacturer-neutral overall design, several distinctive features stood out in the photos published on Monday – including more generic-looking wheels and wheel wells, body-side moulding and character lines, hood design and what appears to be air exhaust vents built into the rear bumper.

In a news conference last month at Homestead, NASCAR president Steve Phelps said the goal of the next generation car was to “put the ‘stock’ back in stock car”.

“Our OEM partners were here looking at the showroom car or the street car versus what our race car will look like. It’s going to be extraordinary,” he said.

The car’s next test is scheduled to take place at Homestead in January, and will mark the first time the car is tested on an intermediate track – the type that makes up the bulk of the Cup Series schedule.

« What Happened To All The Women In NASCAR? – Forbes Jimmie Johnson seeks life balance, break from grind of 38-race NASCAR schedule – USA TODAY »