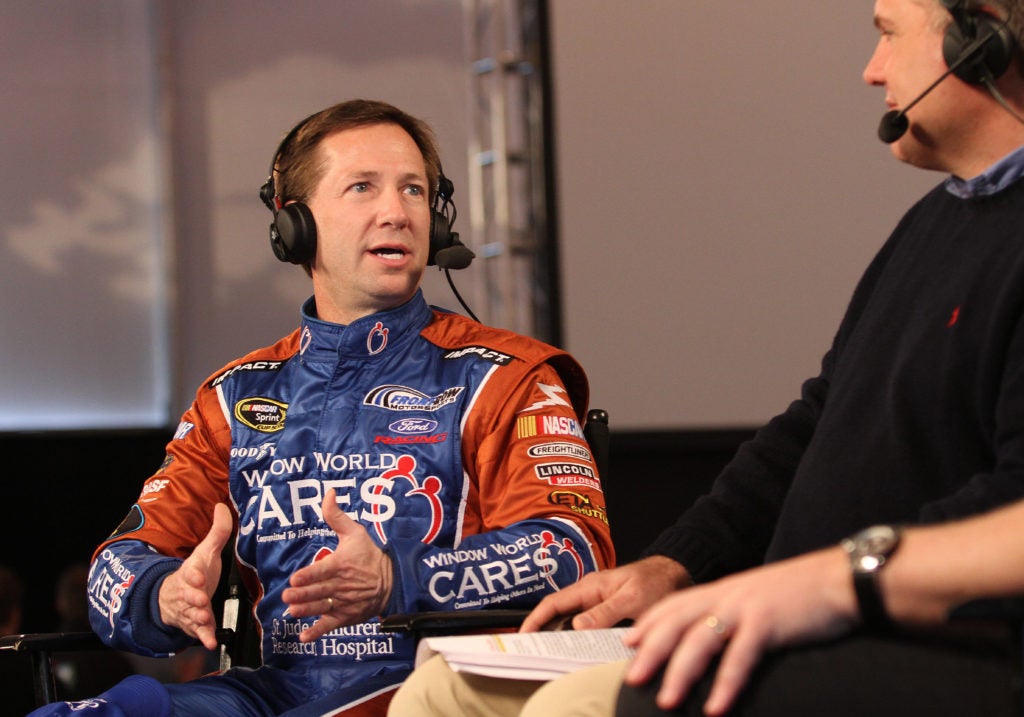 INDIANAPOLIS (WISH/CNN) ‚ÄĒ Race car driver John Andretti has died after a battle with cancer, his team said in a tweet Thursday.

The 56-year-old native of Bethlehem, Penn., had disclosed in April 2017 that he was battling colon cancer. He was deemed free of cancer later in 2017, but relapsed in May 2018. He went through chemotherapy in January 2019, but the cancer again relapsed in March.

While battling cancer, he started the hashtag #CheckIt4Andretti to encourage people to get colonoscopies to prevent and detect colon cancer.

Andretti raced 12 times at the Indy 500 through 2011, and in 1994 he raced there and in a NASCAR event that night. He was the first driver to pull off the feat.

Andretti raced all types of cars, but spent the most time in NASCAR‚Äôs top series, running 393 races. He won twice, in the 1997 summer race at Daytona International Speedway and in 1999 at Martinsville, Virginia, winning for Petty Enterprises.

The team tweet said, ‚ÄúJohn was a loving husband and father, a devoted son and a trusted cousin. He was a philanthropist, an advocate for the sport, a dedicated teammate, a driven competitor and most importantly a dear friend.

‚ÄúThrough Race4Riley, John spent decades dedicating his time and fundraising attention to Riley Hospital for Children. When first diagnosed with colon cancer in 2017, John vowed to fight back and use his voice to help spread the word of prevention and early detection. He fought hard and stole back days the disease vowed to take away. He helped countless others under proper screening, and in doing so, saved lives.

‚ÄúWe will forever carry with us John‚Äôs genuine spirit of helping others first and himself second. Our prayers today are with Nancy, Jarrett, Olvia and Amelia, with our entire family, and with fan worldwide. We urge all our followers to, please, #CheckIt4Andretti.‚ÄĚ

Andretti‚Äôs father is Aldo Andretti, the twin brother of 1969 Indianapolis 500 winner Mario Andretti. Mario Andretti was the only driver to win NASCAR‚Äôs Daytona 500, the Formula One driver‚Äôs championship and the Indy 500 during his career.

Penske Entertainment Corp. President and CEO Mark Miles issued the following statement on behalf of INDYCAR and the Indianapolis Motor Speedway, about John Andretti after his passing:

‚ÄúJohn Andretti‚Äôs skills behind the wheel of any kind of race car were admired by his millions of fans around the world, and he always returned that loyalty and kindness to become one of the most popular drivers of his generation. But John‚Äôs true mission was helping others, whether through his countless hours of charity work, especially with Riley Children‚Äôs Hospital here in Indianapolis, or by the colon screening campaign he started in April 2017 after he was diagnosed with cancer. John‚Äôs positive attitude and selflessness throughout his brave fight inspired all of us and will be a legacy that will continue forever. We extend our deepest condolences to his wife, Nancy, their three children and the entire Andretti family.‚ÄĚ