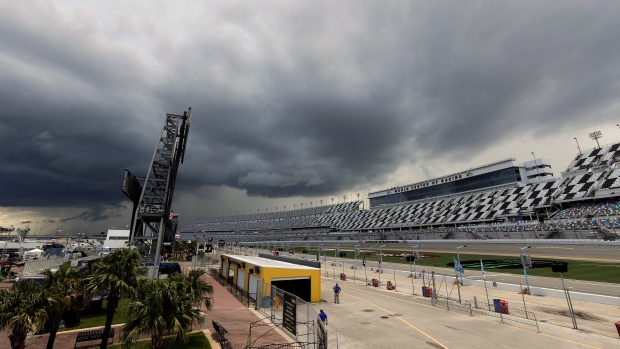 The race will be held at 1 p.m. Sunday, which helps NBC avoid a head-to-head conflict with the final game of the Women’s World Cup.

NASCAR has run at Daytona during the July 4th weekend since 1959 but is abandoning that tradition in a scheduling shake-up next season. Daytona will instead host the regular-season finale in August, while the holiday weekend race will move to Indianapolis Motor Speedway.

Weather in part made Daytona amenable to surrendering the holiday weekend ‚ÄĒ every day since the track opened Thursday has been disrupted by either lightning or rain. Cup qualifying for Saturday night’s race was cancelled because lightning in the area prevented NASCAR access to inspect the cars.

The field was set by points, with Joey Logano scheduled to start on the front row alongside Kyle Busch.

The event was moved to prime time in 1998 and heavily promoted as the first under the lights at Daytona. But wildfires across Florida forced that event to be postponed until October.

That race aside, no driver remembers anything but racing in Daytona over the long Independence Day weekend. Many have lamented the loss of the event this week because not only does Daytona in the summer mark the midpoint of the NASCAR season, but drivers have used the beach and the birthplace of American stock car racing as an annual holiday getaway that culminates in an intense 400-mile race.

But Daytona next year will be the final event for a driver to snag a slot in the playoff field, which means the stakes will be higher and, at nearly six weeks later, perhaps protected from the unpredictable Florida weather.

“I think traditions are important and as a sport we stay true to a lot of traditions, but I also think if you don’t change tradition, you’ll always be where you’re at,” Logano said. “When I think about where this race is going to be placed next year, the final race before the playoffs, here we go. There’s a good chance the fastest car and the best teams usually win, but there’s also a good chance that they all crash and someone that doesn’t typically win wins this race.

“I think that piece of it, even though it’s not on the Fourth of July and we’re all so used to it being on this weekend, this race being here, but I think where it’s going to be placed is just going to add drama and I don’t see where that’s a bad thing in sports at all.”