Ford has admitted it has a “major announcement” planned for Monday at its headquarters in North Carolina and will announce a new development driver.

Multiple sources have confirmed to Autosport that 18-year-old Deegan will be announced as part of its programme on Monday.

Her father, motocross rider Brian, has also raced a Ford, including in the Global Rallycross Championship and at the X Games.

Deegan’s time with Toyota included her making a NASCAR debut in 2018 in the K&N Pro Series – the rung below the three main tiers of NASCAR – impressing the likes of ’14 Cup champion Kevin Harvick.

She notably became the only female driver to have won in the K&N Series, making a breakthrough in 2018 and winning twice in ’19 as she took a career-best finish of third in the K&N West Series.

Deegan’s Toyota affiliation continued in ARCA – which NASCAR now owns and is bringing closer in-line with its own series – and the manufacturer has repeatedly talked of how highly it rates her. 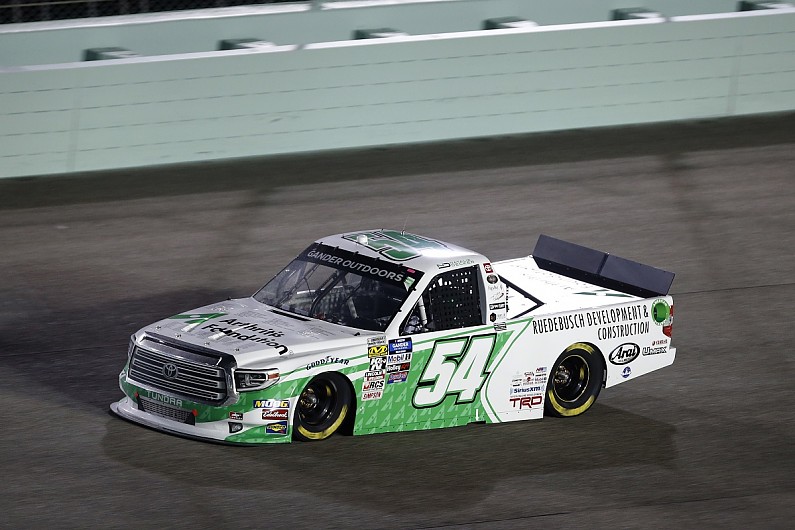 But Deegan will now switch to Ford machinery and will work with the DGR-Crosley team, which runs cars across grassroots late models series, ARCA and the third-tier NASCAR Truck Series where it runs a number of drivers including Natalie Decker.

DGR-Crosley has also switched from Toyota to Ford in recent months.

Deegan has had to grapple with her increasing popularity in NASCAR circles as the series tries to build new star talent, but she has decided against swift graduation into the Truck Series.

Ford has now confirmed she will compete a full season in ARCA as well as “select events in the Mustang GT4 with Multimatic Motorsports in the IMSA Michelin Pilot Challenge”.

This is not the first time that Toyota has lost a promising talent to a rival NASCAR manufacturer.

In 2016, William Byron switched to the Xfinity Series with Hendrick and Chevrolet, where he now drives in the Cup Series.