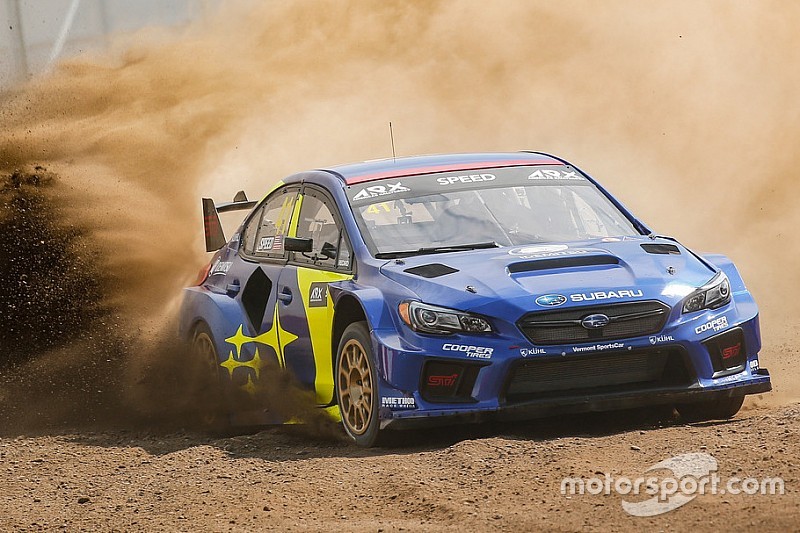 Competing in the second ever Nitro Rallycross event at Utah Motorsports Park, part of the Nitro World Games conceived by extreme sports star Travis Pastrana, 36-year old Speed was hospitalised on Friday after a heavy landing while driving the works-run Subaru WRX STI he races in the Americas Rallycross series.

‚ÄúUnfortunately, Scott Speed suffered a back injury during the first qualifying heat after a heavy landing over a jump,‚ÄĚ said a Subaru Motorsports USA statement on Friday evening. ‚ÄúHe was able to finish the heat and exit the car, but has been transported to a local hospital for medical evaluation. Scott will miss the remainder of the event.‚ÄĚ

A subsequent post on Speed‚Äôs social media on Saturday confirmed the extent of his injuries.

‚ÄúAfter landing hard in Q1 I broke my back,‚ÄĚ said Speed on his social media. ‚Äú[I] was rushed to the local hospital for checks.

“CT scan confirmed a destroyed t6, then [I] was taken to a spine specialist at University of Utah. Finally got an MRI done around 3am. We found I have three fractured vertebrae. Waiting now for the surgeons to give us the game plan.

“Last night was easily the scariest and most painful time I can remember. Was in a pretty dark place. But I want to thank so much everyone who came and spent time with me.‚ÄĚ

While the event, which was won last year by World Rallycross star Timmy Hansen, is best known for its 70-foot gap jump, Speed‚Äôs injury was caused by a heavy landing from one of the smaller jumps on the purpose-built circuit, at the end of the dual-surface lap.

The injury puts the rest of Speed‚Äôs rallycross season in doubt. A four-time rallycross champion in America, with three Global Rallycross titles to his credit before he won the first Americas Rallycross title last year with the Volkswagen-backed Andretti team, Speed switched to Subaru over the winter and currently leads the standings with its 2019 specification WRX STi by five points over former team mate Tanner Foust.

The penultimate round of ARX takes place at the Circuit of the Americas on September on September 28, in 41 days‚Äô time.

Speed‚Äôs Subaru team mate Patrik Sandell will start on pole position in the Nitro RX final with his own WRX STI, as one of two direct qualifiers into the main event after preliminary sessions that took place on Friday. He will be joined on the front row by World RX points-leader Kevin Hansen.

Meanwhile, a pair of challenger races and a last chance qualifier will determine which of the remaining nine drivers will progress to the final.