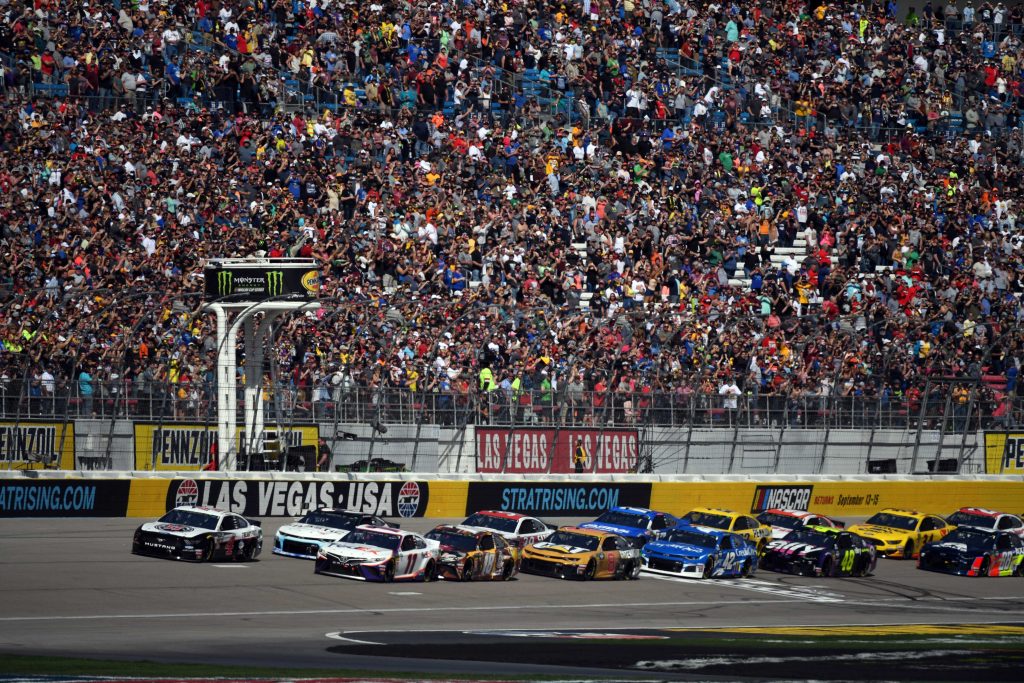 Fantasy sports is big business. Like daily fantasy or sports betting, itŌĆÖs something a fan can participate in to increase the excitement and thrill of what theyŌĆÖre watching but is a non-gambling option for those who cannot or donŌĆÖt want to gamble.

Like the real thing, fantasy football is the big dog when it comes to fantasy sports but every sport has some sort of fantasy game for fans to enjoy.┬Ā

Fantasy NASCAR games have been hit and miss over the years but it seems like it has recently been hitting its stride. NASCAR.com released their Fantasy Live game in 2018, a new concept compared to previous iterations and what set them apart from other fantasy games in most sports is that it motivates the participant to watch and adjust their lineup during the race.

A brief description of NASCAR Fantasy Live. Everyone chooses six drivers as well as one ŌĆ£garageŌĆØ pick and then get to choose pole, stage and race winners and the winning manufacturer for bonus points. You can only choose someone 10 times in the first 26 races. Your garage pick doesnŌĆÖt count toward your points and doesnŌĆÖt count toward the 10 races but you can switch him out with someone on your team before the end of the second stage, giving players the chance to make one change if someone is struggling early.

Fantasy Live has become a success and a big part of that has been stage racing and the option of the garage pick. Entries increased by 99 percent in 2018 over the previous season and 23 percent of total traffic on NASCARŌĆÖs digital platforms came from fantasy, up from 13 percent in 2017.

ŌĆ£We saw a really good reaction from fans overall on stage racing from a competition product,ŌĆØ said Tim Clark, VP of digital media at NASCAR. ŌĆ£But having that connectivity back into the fantasy game was an ideal scenario for us.ŌĆØ

ŌĆ£ItŌĆÖs not something weŌĆÖre against, to have a fan set their lineup and then come back at the end of the race and check and see how they did, but we just thought [the garage pick] really enhanced the live experience to be able to follow along and use those stages as something that impacts the way the fantasy game is set up.ŌĆØ

With the legalization of sports betting, many more people across the country is able to bet on the race. In fact, some places like Dover International Speedway let fans gamble at the track. NASCAR Fantasy Live and sports betting may have its differences but the goal is the same, to make a connection to fans and improve their experience.

ŌĆ£ItŌĆÖs all wrapped around the fan engagement experience,ŌĆØ Clark said. ŌĆ£All of those things are all components of that and I think thereŌĆÖs naturally going to be some overlap in fans that are into the gambling space and sports betting or daily fantasy or our fantasy product.ŌĆØ

This year, NASCAR.com came up with a new game, the Props Challenge. Inspired by the Garage pick from Fantasy Live, the game is meant to ŌĆ£evaluate the demand and interest level of an in-race component,ŌĆØ according to Clark. The Props Challenge is a free game that consists of 10 questions that you might see at a sports book. For instance, questions can range from over/under lead changes, picking who will have the better finish between two drivers, stage winners and finishing positions from certain drivers.

Response has been positive for the Props Challenge and developers are already looking at ways to improve the experience. One way to improve on the game could possibly be midrace prop questions. According to Clark, that might be the next step.

ŌĆ£Yeah, I think thatŌĆÖs kind of what weŌĆÖre thinking. Again, this space is evolving very quickly so I think our goal was letŌĆÖs continue to take steps in the right direction in a kind of methodical fashion and understand where the engagement is, where the opportunities for us to get better. So I think something like that is certainly something we look at going forward.ŌĆØ

As for the future of Fantasy Live, the biggest improvements have already been made but that hasnŌĆÖt stopped developers from making slight enhancements to make the game better. Whether itŌĆÖs being able to copy and paste a lineup to multiple teams or making the roster selection screen more user friendly, these fine tuned adjustments will look to improve on an already great game. I started playing last year and despite being in the middle of the standings, itŌĆÖs a fun game that can make the NASCAR experience more interesting.