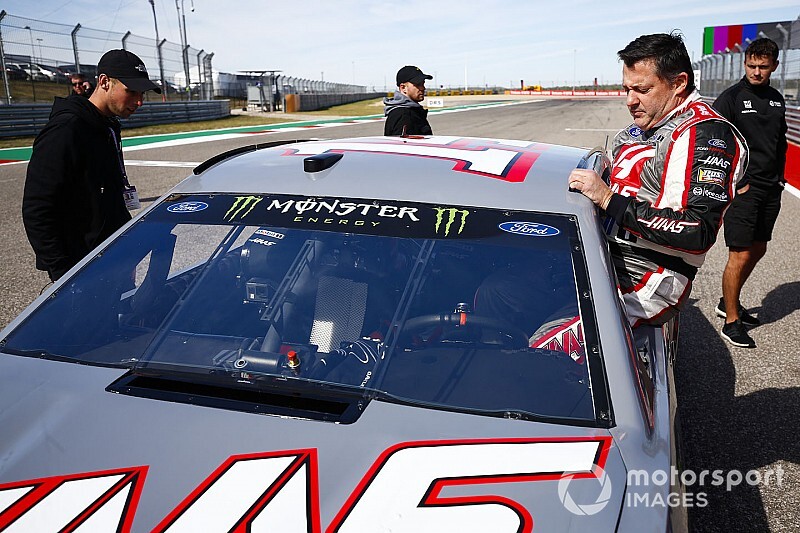 Stewart retired from fulltime NASCAR competition at the end of the 2016 season, and has since focused on his co-ownership role of the Stewart-Haas Racing team and running his Eldora Speedway track. He has continued racing on dirt tracks in winged sprint cars around the country.

Stewart played chauffeur to the Haas F1 Team‚Äôs drivers Romain Grosjean and Kevin Magnussen around the Austin road course, and afterwards admitted that he has had some talks with his team about running the road course races in NASCAR‚Äôs second-tier Xfinity Series in future.

‚ÄúTo go out there and run laps it was fun,‚ÄĚ said Stewart. ‚ÄúThe sad part is, it‚Äôs kinda frustrating, ’cause it‚Äôs given me the itch to get back in one, and I swore I never would after I retired!

The Xfinity series visits Watkins Glen, Mid-Ohio and Road America during August, and the Charlotte Roval in September each year.

Stewart believes that Austin would be a great venue for NASCAR to race around, and said that he enjoyed his brief run there on Thursday in his first Cup car outing for three years.

‚ÄúTo be able to come here, it was a lot of fun to do it, to come to a new track,‚ÄĚ he said. ‚ÄúI hadn‚Äôt seen a whole lap, didn‚Äôt even know what the layout was until a friend sent me a YouTube video of an in-car of a Trans-Am car, so I could at least see what a lap looked like.

‚ÄúThat was three days ago, but two nights ago I went to a friend‚Äôs house and got on iRacing. At least I made some laps in a computer car. At least when I came over the blind brow of a hill I knew where to go, so it wasn‚Äôt ‚Äėoh there‚Äôs a concession stand, I don‚Äôt think I‚Äôm in the right place!‚Äô

‚ÄúThis track is really fun, it‚Äôs got a lot of character and it‚Äôs a really technical course.‚ÄĚ