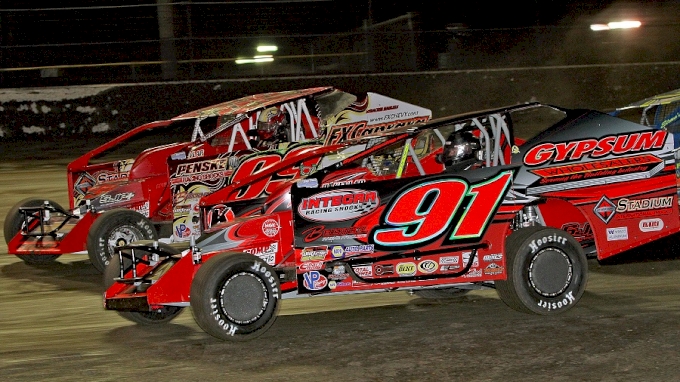 New clay has been laid down on the historical speedway in preparation for their upcoming events. After a practice session being held just recently, the new surface has received positive feedback for the upcoming Battle of the Midway race.

The following Monday and Tuesday is the Quebec swing for the Super DIRTcar Series. Monday, July 22nd will be the first leg of the swing where the drivers will stop at Autodrome Drummond. It was a strong battle last year between Sheppard and Friesen. Sheppard made the winning move and passed Friesen to win the Racing Stock 100.

On Tuesday, July 23rd the series then heads over to Autodrome Granby. The 2018 race saw Friesen make a late race move to take the victory in his Halmar Racing no.44 machine. 2018 was the Friesen and Sheppard show in Quebec. Will 2019 be the same outcome or will one of the Quebec hot shoes rise to the top?

Sunday, July 28th the series makes their return to Weedsport Speedway for the annual Hall of Fame 100. Erick Rudolph walked away with the Heroes Remembered race earlier this year at the 3/8-mile. Rudolph was also last yearŌĆÖs Hall of Fame victor. His bad luck streak has been a struggle for the No.25 team these last few series events. Will his luck turn around so he can continue his winning streak at Weedsport Speedway?

Not too long after WeedsportŌĆÖs Hall of Fame 100 event, the series then hits the road and heads west to Sharon Speedway in Hartford, Ohio on Tuesday, July 30th. Peter Britten, who was a regular at Sharon Speedway, was the 2017 winner when the series last invaded Sharon Speedway. Britten drove through the field from his 20th starting spot to take the checkers.

After Sharon Speedway, the final stop will be at Eldora Speedway on Wednesday, July 31st for the Eldora Dirt Derby in Rossburgh, Ohio where the Big Block Modifieds will be showcased along with the NASCAR truck series. In 2017 it was the Billy show. Both Billy Decker and Billy Whittaker were the winners for the two-day event. However, the Series first visit to the Big E was back in 2016 where Tim Fuller and Matt Sheppard rose to the occasion.

Heading into the heat of the summer, Sheppard is showing a strong lead over contender Larry Wight in the points chase. Running in a close battle for second place is Mat Williamson and Jimmy Phelps with Billy Decker rounding out the top-five.

With six Super DIRTcar Series events lined up for the remainder of July, who will rise to the top? Will Super Matt Sheppard take everyoneŌĆÖs money? Will Stewart Friesen invade once again? Or will one of the rookie contenders have a chance at the spotlight?