To be honest, there wasn’t much to remember from the Panthers’ dismal 2019 campaign. Except for Christian McCaffrey, that is.¬†

The third-year do-it-all tailback was sensational for Carolina, joining NFL greats Marshall Faulk and Roger Craig as the only players in league history to hit 1,000 rushing and receiving yards in a single season.¬†

McCaffrey joined the elusive club in the season finale against New Orleans, hauling in seven passes for 72 yards. He came into the game needing 67.¬† 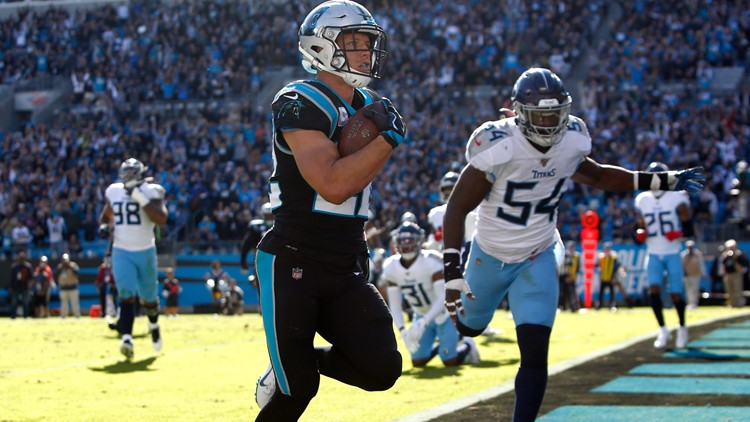 “Every year I write down little goals and that was one of them,” McCaffrey said. “It’s cool when you accomplish one of those goals you write down, but obviously, I can’t reiterate this enough, but the most important statistic is winning.”

McCaffrey, affectionately known as Run CMC, finished the season with 1,387 rushing yards on 287 carries and 1,005 receivng yards on 116 receptions. He found the endzone 19 times and finished with the third-most scrimmage yards in NFL history. His 116 receptions were a record for a running back (he broke his own personal best from 2018). And get this: McCaffrey didn’t lose a single fumble on his 403 touches, the most since Curtis Martin went 412 touches without losing a fumble in 2004 (stat courtesy of the Panthers).¬†