Update on the latest sports – wnky.com 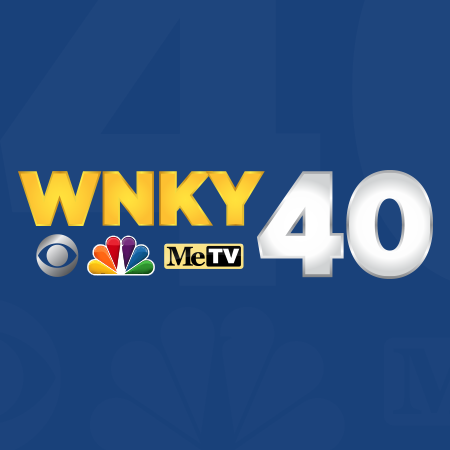 UNDATED (AP) ‚ÄĒ Houston Astros players Alex Bregman and Jos√© Altuve (al-TOO‚Äô-vay) say the team is sorry for its sign-stealing scheme that was investigated and punished by Major League Baseball.

Bregman said at a news conference Thursday that he is ‚Äúreally sorry.‚ÄĚ Altuve said there was a full team meeting Wednesday to discuss what happened.

Crane raised eyebrows when he said: ‚ÄúOur opinion is that this didn‚Äôt impact the game. We had a good team. We won the World Series. And we‚Äôll leave it at that.‚ÄĚ

MLB didn‚Äôt punish any players for the cheating and Crane said the team wouldn‚Äôt either.

Commissioner Rob Manfred disciplined the Astros after he found the team broke rules by using electronics to steal signs during its run to the 2017 World Series championship and again in the 2018 season. The Astros were fined $5 million, the maximum allowed under major league rules, and forfeited their next two first- and second-round amateur draft picks.

The investigation found that the Astros used the video feed from a center field camera to view and decode opposing catcher‚Äôs signs. Players banged on a trash can to signal to batters what was coming, believing it would improve chances of getting a hit.

In other MLB news:

‚ÄĒ Major league teams have improved to 5-1 in salary arbitration this year as the Boston Red Sox beat pitcher Eduardo Rodr√≠guez Thursday. He will earn $8.3 million rather than his request for $8,975,000. The right-hander who turns 27 in April was a career-best 19-6 with a 3.81 ERA in 34 starts last season, when he made $4,325,000. He is eligible for free agency after the 2021 season. Teams also beat Los Angeles Dodgers outfielder Joc Pederson, Minnesota pitcher Jos√© Berr√≠os, Atlanta reliever Shane Greene and Colorado catcher Tony Wolters.

‚ÄĒ Red Sox manager Ron Roenicke (REHN‚Äô-ih-kee) says injured second baseman Dustin Pedroia won‚Äôt report to spring training with the rest of the position players next week. Pedroia has played in just nine games the last two seasons while trying to recover from an injury he sustained in May of 2017 when Baltimore‚Äôs Manny Machado slid spikes-high into his knee. Pedroia had a setback this winter in his rehab. The Red Sox have Jos√© Peraza and Michael Chavis at second base.

‚ÄĒ The Los Angeles Dodgers agreed to pay Kenta Maeda‚Äôs $1 million assignment bonus as part of their trade of the pitcher to the Minnesota Twins. Los Angeles also agreed to pay the Twins $3 million to cover part of Maeda‚Äôs salary and reimburse Minnesota for up to $7 million of his earned bonuses, according to information obtained by The Associated Press. Maeda‚Äôs maximum cost to the Twins would be $3,713,500 this year if he earns $13.15 million, his total if he reaches all his roster and performance and bonus levels. His maximum to Minnesota over four years is $42.6 million.

‚ÄĒ Right-handed pitcher Taijuan Walker says he is fully recovered and excited to be back with his original team, the Seattle Mariners. Walker has appeared in only four games since undergoing Tommy John surgery in April 2018 and a shoulder injury last May. He pitched a scoreless inning in September for Arizona and signed with Seattle this week.¬†

‚ÄĒ Right-hander Brad Boxberger and utilityman Sean Rodriguez have agreed to terms on minor league deals with the Miami Marlins that include invitations to spring training. Boxberger went 1-3 with a 5.40 ERA for the Royals last year. He is an eight-year veteran with a 3.59 career ERA for four teams. Rodriguez, a 12-year veteran, batted .223 in 76 games for the Phillies last year. He has a career .226 average with five teams.

‚ÄĒ Free agent outfielder Jarrod Dyson finalized a $2 million deal with the Pittsburgh Pirates. Pittsburgh hopes he can fill the void in center created by Starling Marte‚Äôs trade to Arizona. Dyson hit .230 with seven home runs and 27 RBIs in 130 games with the Diamondbacks last season. The 35-year-old also stole 30 bases for the fifth time in his 10-year career. The Pirates are retooling following a last-place finish in 2019 that led to a massive overhaul of the club‚Äôs leadership staff. New general manager Ben Cherington sent Marte to Arizona last month in exchange for two 19-year-old prospects.

UNDATED (AP) ‚ÄĒ The NBA fined Paul George of the Los Angeles Clippers $35,000 on Thursday, two days after he was critical of the officiating after his team lost to the Philadelphia 76ers.

The NBA said George was fined those comments, and noted that the amount of the fine ‚Äúalso reflects his multiple prior violations of the rule prohibiting public criticism of the officiating.‚ÄĚ

This marks at least the fifth time George has been fined in his career for such comments, and this came with the stiffest fine ‚ÄĒ topping the $25,000 he was docked on two other occasions.

George pointed out the Clippers were called for eight more fouls than Philadelphia n the 76ers‚Äô 110-103 win at home, referring to that disparity as ‚Äúhome-court cooking.‚ÄĚ

In other NBA news:

‚ÄĒ The Sacramento Kings and Intel announced plans Thursday for the NBA‚Äôs first research and development site devoted to finding new ways for fans to access replay angles never seen before. The Kings are planning to unveil an app next season where fans can tap into video streams and choose their own replays. Thirty-eight video cameras will be installed before next season in Sacramento‚Äôs Golden 1 Center, wired into a control room where two people will process the various angles such as overhead, 360-degree and from a player perspective.

‚ÄĒ Devin Booker is headed to his first NBA All-Star Game. The Phoenix guard ‚ÄĒ who felt he was snubbed by voters and coaches when he didn‚Äôt make the original list for Sunday‚Äôs game in Chicago ‚ÄĒ was tabbed Thursday as the player who will replace injured Portland guard Damian Lillard in the game. Booker was chosen by Commissioner Adam Silver, who makes the final call on injury replacements to the All-Star rosters. By NBA rule, the replacement player has to come from the same conference as the injured player. Lillard injured his groin on Wednesday night and said he would not be able to play in either the game or Saturday night‚Äôs 3-point competition.

‚ÄĒ Jennifer Hudson will be at the NBA All-Star Game to honor Kobe Bryant with her voice. The two-time Grammy winner and Oscar winner will perform just before Sunday night‚Äôs player introductions in a tribute to Bryant, his daughter Gianna and the seven other victims of the helicopter crash that took their lives in Southern California last month. Hudson headlines a list of All-Star weekend entertainers the NBA released Thursday.

Ewart Shadoff gets 1st round lead at Women‚Äôs Australian Open

ADELAIDE, Australia (AP) ‚ÄĒ Jodi Ewart Shadoff has shot a 7-under 66 to take a three-stroke lead over defending champion Nelly Korda in the first round of the Women‚Äôs Australian Open. Ewart Shadoff had seven birdies in her round of 66 at Royal Adelaide and held a one-stroke lead over U.S. Open champion Jeongeun Lee6 and Inbee Park. Marina Alex, Amy Olson and Jillian Hollis were tied for fourth with 68s.

The Women‚Äôs Australian Open will be the last LPGA tournament for a month after the cancellation of three scheduled tournaments in Thailand, Singapore and China because of the virus outbreak in the region.

Tokyo, IOC officials reiterate that the Olympics are on

TOKYO (AP) ‚ÄĒ Tokyo Olympic organizers are reiterating that the 2020 Games will not be waylaid by the virus spreading from neighboring China.

Organizing committee president Yoshiro Mori says he wants to make it clear again that ‚Äúwe are not considering a cancellation or postponement of the games.‚ÄĚ He spoke Thursday at the start of two days of meetings with the International Olympic Committee.

The coronavirus has wiped out track meets, golf tournaments, soccer matches and almost all sports in China. It is also keeping Chinese athletes from traveling to qualify.

The Olympics open in just over five months, and the torch relay begins next month in Japan ‚ÄĒ a clear signal the games are getting close.

A week of festivities begins Friday evening with a torch run and the lighting of the Olympic cauldron. It‚Äôs an important moment for the Adirondack village, which will host the 2023 Winter World University Games. It‚Äôs also a reminder of the town‚Äôs place as one of only three resorts to host two Winter Olympics.

The venues from the 1980 Games remain in use for training and national and international competitions. Figure skater Scott Hamilton is among the former Olympians returning for the anniversary.

WASHINGTON (AP) ‚ÄĒ Daytona International Speedway is going to be a little more crowded than usual for the annual Daytona 500 on Sunday.

Trump is scheduled to spend part of the Presidents Day weekend at his private club in Palm Beach, Florida.

The Federal Aviation Administration issued a flight restriction for Sunday and the U.S. Secret Service, which is responsible for presidential security, also tweeted to fans that drones are prohibited within 30 miles of the race in Daytona Beach ‚ÄĒ a restriction put in place for presidential visits.